Five News-Decoder correspondents look at the VW scandal and what it means for carmakers, Germany, climate change talks — and trade-in value. 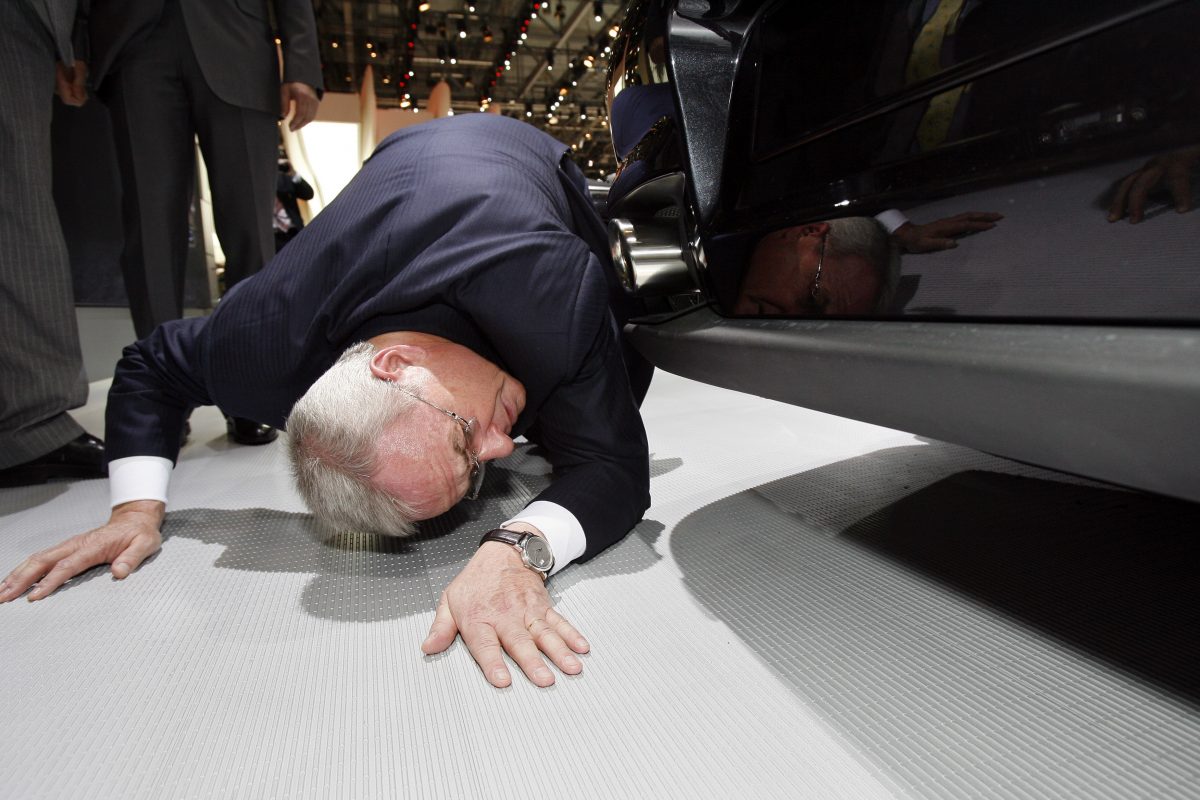 We asked five News-Decoder correspondents for their thoughts about Volkswagen’s admission that it fitted millions of diesel vehicles with software capable of cheating emissions tests. Here’s what they said.

The VW scandal shows how out of touch carmakers are with the direction the wind is blowing on the need to cut emissions.

A year ago, Kia and Hyundai were fined under the U.S. Clean Air Act, but the story did not go global, while VW’s cheating did. In the run-up to COP21 in Paris in December, the story casts VW as an environmental villain for having engineered false emissions data for its diesel cars while claiming they were less polluting.

In this context the affair may well put the spotlight on carmakers’ poor environmental record. Apart from Toyota in hybrids, they have been slow to develop electric cars, focusing instead on low-cost models to boost sales to China and India, fueling air pollution in cities there. Recent announcements of driver-less cars and trucks suggest that reducing pollution is not really at the heart of their research and development strategy.

Meanwhile, the push to cut pollutants has gone from fringe to mainstream. The trend will be for cleaner cars, more often shared, so fewer.

The car industry can be expected to resist this, but since climate skepticism is increasingly marginal, its room for maneuver will presumably be limited. Like humanity as a whole, it must adapt or die.

The biggest casualty of the VW emissions cheating scandal is trust.

Trust is the glue that holds societies together. A cold-calling fraudster who persuades a pensioner to sign away her savings destroys trust. So does the star quarterback who deflates the football to get a better grip. A society in which nothing can be taken on trust is a diminished society.

In a perfect world, we could organize our affairs according to the motto of the London Stock Exchange, Dictum Meum Pactum – My Word Is My Bond. Instead, the VW affair is the latest in a string of scandals showing that courts, regulators and inspectors are needed more than ever to police the social contract.

Examples include collusion by banks in setting benchmark global interest rates; the adulteration of food, from baby milk in China to BSE in Britain; and Greece’s fateful falsification of budget statistics.

VW embodies Germany’s economic success. The debacle thus undermines trust in Germany, which will now find it harder to insist on rules over discretion in the euro zone.

But there is a silver lining, at least for those of us disenchanted with GDP as a gauge of well-being. The betrayal that VW’s customers feel proves there is more to life than maximizing profit. GDP measures the value of an economy’s output. It cannot measure trust, which is priceless.

A stroll down Corporate History Lane unfortunately has quite a few side streets of scandals and a few (think Enron) leading to dead ends when fraud forces a company out of business.

What allows a company beset by scandal to be able to regroup, reform and thrive are the pro-active steps taken at the helm.

However, VW doesn’t have the best track record for reform. Most notably, before the emissions debacle, VW executives and senior union workers were investigated for what was dubbed the perks and prostitution scandal in 2005.

When the cases came to trial in 2007 and 2008, lurid details of hookers and sex parties on overseas business trips made VW news jump from the business pages to tabloid fodder.

More food for thought: VW’s management board is staffed entirely by men. Diversity and diverse viewpoints might be welcome.

Martin Winterkorn resigned as VW CEO after professing shock at the emissions scandal. VW then selected two long-time executives to the top posts, with Matthias Mueller, the former head of VW’s Porsche division, as its new CEO and former finance chief Hans Dieter Poetsch as its new chairman.

Meanwhile, when Siemens AG dealt with a massive bribery scandal in 2006, it named two outsiders to be its CEO and chairman.

On the environmental front, the VW debacle is music to the ears of the climate skeptics on the basis that if you can’t believe emissions figures from a company like German automobile aristocrat VW, how are you going to be able to trust them from anyone else, especially countries like China which is notorious for its shady statistics.

And if you can’t believe the official figures, what is the value of any deal that comes out of (climate change talks in) Paris in December?

The political drive to reduce carbon emissions lies at the heart of the push for diesel – which pumps out less carbon than gasoline but happens to emit higher levels of particulates which are directly bad for humans but less so the climate.

But the skeptics seize on this aspect to note that while it is all very well to have political goals — even if they deem them misguided — these are speeding towards a head-on-collision with the lagging technical ability and high economic cost of implementing them.

This in turn leads directly to the need to cheat. And if the pressure is so high that cheating becomes endemic, who can you trust? What price then the monitoring systems to ensure that any national emissions plan endorsed in Paris is actually telling the truth?

I bought a diesel VW Golf in 2006 because filling the tank was cheaper than it was for petrol-driven cars and the emissions were less harmful — or so we were told. Also, the engine had more oomph than the petrol equivalent.

All round, it’s still a good car. Okay, all diesel vehicles smell pretty bad up close. They emit less carbon — good news — but they also pump out more nitrogen oxides that can harm human health, a side-effect not widely known back in 2006. The scandal has revived old debates about diesel exhaust fumes as an invisible killer.

My Golf probably won’t be affected directly by the scandal over emissions testing by VW in the United States. No recall. No compensation. The company says only those cars sold after 2009 carried the offending test software that enabled VW to rig emission test results.

But there’s little doubt the resale value of all diesel cars will plummet, at least in the coming months, because the scandal has revived doubts over diesel. This could blight all diesel vehicles — not just VW’s — in the trade-in market.

On the other hand, with some 11 million VW-group cars affected by the scandal worldwide, the motor industry may be forced to work harder on cleaning up diesel technology. Perhaps VW’s top-brand reputation for quality and reliability will survive, saving the trade-in market — better a second-hand VW diesel, dear, than a dodgy petrol jalopy from a different maker.