Thousands of years of history in one steaming cup of tea

Becoming a tea sommelier means confronting a history of imperialism and oppression and appreciating the world’s most common beverage. 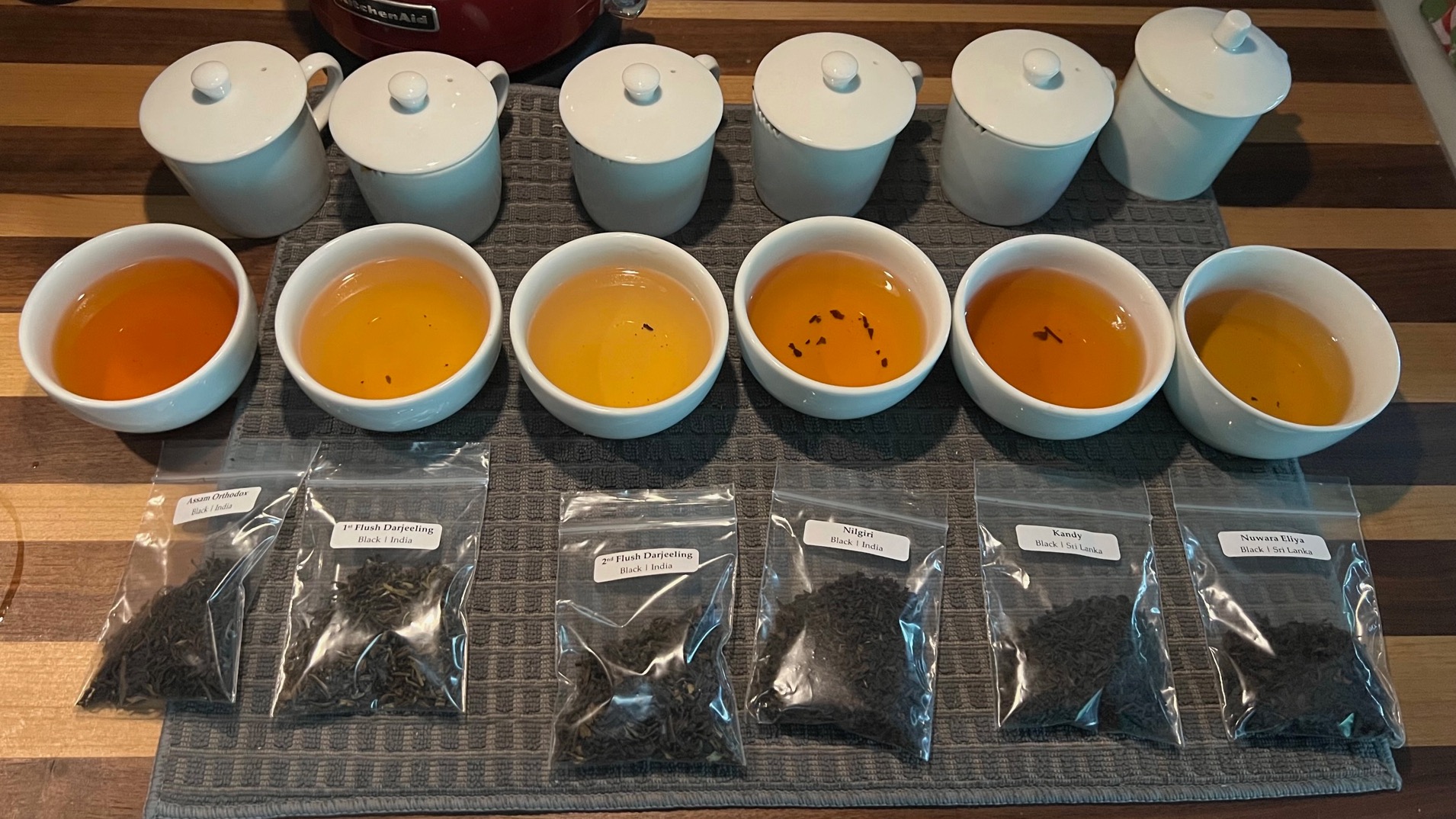 Six black teas from Sri Lanka and India set up for tasting in Squamish, British Columbia August 4, 2022. Although included in the photo, during exams, students are not allowed to see the dry or wet leaves. (Credit: Liana Hwang)

Legend has it that tea was created in the fifth century, when the Buddhist monk Bodhidharma, furious with himself for falling asleep during meditation, cut off his eyelids and threw them to the ground, causing the first tea plants to spring into existence.

Another tale suggests that tea was discovered in 2737 B.C., when the Chinese Emperor Shen Nong was boiling water and a wild tea leaf fell off a nearby tree into the pot.

I’ll leave it to you to decide which version sounds more plausible.

I’m not sure what I expected to learn when I began the Tea and Herbal Association of Canada’s Tea Sommelier Certification Program, but Bodhidharma’s eyelids were a surprise, along with how little I knew about the world’s most commonly consumed beverage after water.

A tea sommelier is a professional with knowledge of the history, cultivation, processing, preparation and chemistry of tea. The course is popular among entrepreneurs in the tea industry, but a few people, like me, enroll just because they love tea.

The program, first offered in 2006, focuses specifically on the beverage made from the leaves and leaf buds of the flowering plant Camellia sinensis. Although thousands have taken the course, only a few hundred have passed the final exam.

Traveling the world through tea

Tea has been my constant companion, serving as the almost imperceptible punctuation throughout the story of my life.

As a first-generation Korean Canadian, I grew up in a house where there was always a giant stock pot of boricha, made by boiling roasted barley in water, on the stove. If I felt sick, my mom gave me cups of bitter ginseng tea sweetened with honey.

During the COVID-19 pandemic, tea consumption worldwide increased. In 2020, tea consumption in Canada increased by almost a fifth. According to Shabnam Weber, president of the Tea and Herbal Association of Canada, some people were hoping to reap the health benefits of tea during the pandemic; in fact, tea was consumed primarily for medicinal purposes until the Tang dynasty, in the seventh or eighth century.

Tea is rich in antioxidants, which protect tissues from damage and may play a role in decreasing the risk of heart disease and cancer. One cup of black tea has the same antioxidant activity as six glasses of white wine. Most people, though, were looking for comfort or relaxation, said Weber.

Working through the eight six-week modules of the tea sommelier program became my way to travel the world when borders everywhere were closed.

Every other month, I received boxes of teas grown in countries ranging from Argentina to Uganda, with poetic names such as “Dragon Well,” named after a village whose inhabitants prayed to a dragon living in a well for rain, and “Iron Goddess of Mercy,” said to be a gift from the Goddess Quan Yin to a farmer who restored her temple.

The sophisticated taste of the sommelier

One of the first things we learned was how to taste tea.

Tea can be brewed using strainers and cups, but a traditional cupping set comprises a six-ounce notched cup with a handle and a lid, and a tasting bowl.

Hot (but not scalding) tea is slurped at high speed from a cup or spoon. Heat releases aroma compounds, and slurping mixes the tea with air and sprays it over the entire tongue and palate, making it easier to appreciate the flavour.

It took practice to do this without accidentally inhaling the tea. The key is to not put the tea in your mouth before you start slurping; the slurping action needs to pull the tea from the spoon, as though you were sucking up a strand of spaghetti.

In theory, this would mark the entry point into a new world of tastes and vocabulary, terms such as “stone fruit,” “jammy,” “malty” and “vegetal.”

In reality, I failed my second blind tasting exam, mistaking the floral, fruity notes of a short-oxidized oolong from Taiwan for the muscatel character of a typical Darjeeling.

It took more than six months of practice, sipping tea with my eyes closed, to home in on the flavours. But eventually I could tell the difference between a black tea from Assam, India, and a black tea from Kenya by just the smell.

A history of imperialism in a cup of tea

It’s impossible to separate the history of tea from the history of the world. Time-honoured Chinese processing techniques, which yield white, yellow, green, oolong, black and pu’erh tea from the same plant, were recently added to UNESCO’s Representative List of the Intangible Cultural Heritage of Humanity.

From China, tea spread to Korea and Japan, brought by Buddhist monks who shared their religious practices as well as the drink they consumed to help stay awake during meditation. (Nobody wanted a repeat of the Bodhidharma eyelid scene, I suppose.)

At so many critical points in history, tea is there.

It was the spark that lit the American Revolution, when heavily taxed colonists tossed cases of tea into Boston Harbor. Demand for tea helped spur the formation of the British East India Company, responsible for beginning tea cultivation in India. The practice of smuggling opium into China to purchase tea led to the Opium Wars and the cession of Hong Kong.

As tea spread around the world, changing the course of humanity, different countries made the beverage their own. In Russia, tea was commonly brewed in a special metal pot called a samovar and sweetened with jam. In Morocco, it is customary to welcome guests with glasses of sugary green tea with mint.

In Japan, an entire philosophy sprang up around tea in the 16th century. The principle of ichigo ichie, meaning “one time, one meeting,” invites tea ceremony participants to reflect on the singularity of each moment, which can never be exactly repeated.

“Tea began as a medicine and grew into a beverage,” Okakura Kakuzo wrote in The Book of Tea, his 1906 essay about the philosophy of tea.

I realize now how tea for me began as a beverage but has become infused with deeper meaning. It reminds me of our shared humanity and the impermanence of experience. During this time of uncertainty and isolation, I have found comfort and connection in each humble cup of tea. 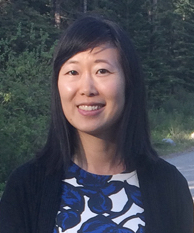 Liana Hwang is a family physician in Calgary in Canada and a Global Journalism Fellow at the University of Toronto Dalla Lana School of Public Health. She intends to write her tea sommelier final exam this summer.