How Java’s controversial female ruler grew into the job

Paul Spencer Sochaczewski taps his vast knowledge of Southeast Asia in this, his third short story for News-Decoder.

Last year, Sochaczewski entertained us with alluring yarns about the South China Sea and Borneo. In this five-part series, excerpted from his new book of enhanced reality tales, Exceptional Encounters, he takes us to Indonesia and recounts upheaval in a Javanese monarchy, the Yogyakarta Sultanate.

We offer this story during the dog days of summer in the Northern Hemisphere and encourage you to slow down and take a few minutes to savor the exotic atmosphere of a centuries-old monarchy embracing change.

Although the author intended the story as fiction, the Sultanate is in reality undergoing some of the wrenching changes at the heart of this tale.

So read on and meet the Crown Princess, the Queen of the Southern Ocean and an elegant hotel owner with mysterious powers and a nose for cigars.

The Sultan of Yogyakarta, Hamengkubuwono X, announced that his heir to the most powerful royal dynasty in Indonesia would be his eldest of five daughters, whom he designated as Pembayun, or Crown Princess. The sultan’s decision generated widespread condemnation from his subjects and brothers, who argued that only a man was competent to handle this important position.

Yogyakarta police noted in recent months an uptick in difficult-to-explain deaths. “Of course I don’t believe in such things, but it’s almost as if some supernatural force was punishing these men and women for unexplained crimes,” said Colonel Yuwono of the Yogyakarta Police.

– Yogyakarta’s deputy mayor, Hari Wironegoro, who died of a concussion when he slipped on a discarded Starbucks cup while walking from his limousine to the office. Wironegoro was recently charged with fraud when he pocketed the government budget that had been allocated to provide garbage service for slum dwellers.

– An unidentified, bearded man who was a regular visitor to the Parangtritis beach south of Yogyakarta and who died after being bitten by his rabid dog. The man, dressed in a dirty singlet and shorts, had been charged three times with stealing from holiday makers and allowing his dog, Lakshmana, to defecate on the beach.

– Eight people (an Indonesian driver, an Indonesian guide and six tourists from the Netherlands, Denmark and Malaysia) who were killed in a fiery explosion when their off-road, open-top, four-wheel-drive vehicle drove into a chasm while “adventure cruising” on Mount Merapi. Colleagues of the deceased driver recalled that he had a habit of drinking Red Bull and rum, driving recklessly and playing loud rap music for his guests, usually Jay-Z or Kanye West. Photos of the group that were posted on Instagram by one of the dead tourists moments before the crash showed that the two foreign women in the doomed vehicle were dressed “as sluts working in a brothel,” according to the tabloid Yogyakarta Daily Planet, because they wore bikini tops with “their nipples just about hanging out.”  Anni Wirabhumi, owner of Mystical Merapi Megatour Adventures, the company that organized the ill-fated excursion, herself died two days later when she used mouthwash that mysteriously contained cyanide.

– A handsome young man who taught at a public secondary school in Yogyakarta. When he failed to show up for work one morning, his colleagues called his house. His mother told the worried friends that her son had left that morning at the usual time but seemed to be distracted since he hadn’t taken his cellphone. A frightened taxi driver said he picked up a man matching the description of the missing teacher around 7 a.m. and drove him to the hills overlooking the Indian Ocean. The teacher’s clothes were later found in a neat pile near the water’s edge at Parangkusomo beach. Police are holding the taxi driver for questioning until a better suspect shows up.

“The towels are worn. Replace them,” the elegantly dressed older woman said.

“There is dust and a fingernail clipping under the bed.”

“And what do you smell in this room?”

“Actually cigar. Very faint. Partagas, I think.” She gave a barely noticeable sniff and added, with a touch of Sherlock Holmes in her voice: “A guest lit his cigar inside the room, then stepped outside to smoke it. Unacceptable, both his action and your inability to recognize the problem and notify management.”

“We’ll have to change the curtains, the mattress, and re-paint the room.”

“Too bad that once in a while we get a guest like Mister Johnson.”

The maid wasn’t sure whether that statement required a “yes” or “no” reply. She said nothing.

“Please pay attention next time and do your job properly.”

To an ordinary observer, this might seem an exchange between a strict hotel manager and an obedient chambermaid. And it was, on one level. But the younger woman, her long black hair tied in a ponytail and wearing a uniform that wouldn’t have been out of place in a film about a seductress working in an exclusive bank, was more than a maid, and the older woman, her hair immaculate in a tight chignon held in place with a diamond and gold hair-pin, clothed in a deep green sarong kebaya and starched white jacket and wearing wine-red Manolo Blahnik sandals that matched her lipstick and nail polish, was more than just a demanding hotel owner.

“This guest, this Mister Johnson, did he behave improperly with you?”

“He suggested rude activities.” The maid used the Indonesian term kasar, which means “impolite” and “crude.”

“I see. And your reaction?”

“I left quickly and after that only cleaned his room when he wasn’t present.” 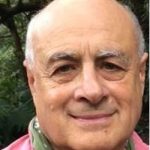 Paul Spencer Sochaczewski is a Geneva-based writer who has lived and worked in more than 80 countries, including long stints in Southeast Asia. He has written 13 books; the latest, Exceptional Encounters: Enhanced Reality Tales from Southeast Asia, was published by Explorer’s Eye Press in late 2017. Paul’s next book will focus on his experiences with mediums, psychics and spirits, which seers predict will be published in early 2019. He can be contacted at www.sochaczewski.com.