Terror lessons from an island nation

To see the future of national life after terror attacks, France or other countries blown by its ruthless wind could learn from Sri Lanka’s hard lessons. 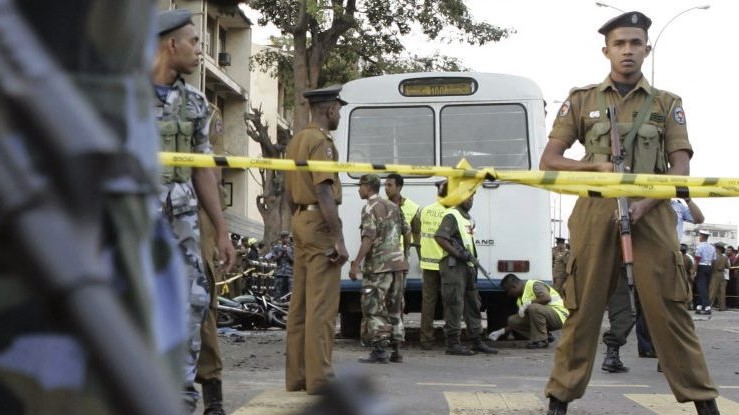 The Indian Ocean island nation best known for beach holidays offers insights about the costs of fighting and defeating terrorism.

In 2009, the Sri Lankan government destroyed the Liberation Tigers of Tamil Eelam, winning a civil war that had raged off and on for three decades.

During the conflict, the Tamil Tigers won a reputation for ruthlessness and suicidal devotion to their cause. That in turn earned them designation as a terrorist group, alongside al Qaeda.

Although the Tigers’ stated goal was entirely different than that of the Islamic State, their methods were not. ISIS fighters in the Paris attacks used a weapon invented and popularized by the Tigers: the suicide vest.

Both groups have attacked civilians as a matter of course, including those they claimed to represent and defend. Ethnic Tamils in Sri Lanka faced harsh treatment under the Tigers, just as Muslim civilians do in ISIS-controlled territory.

So at their essence, both groups share a common ideology of ruthlessness in pursuit of their goals. And therein lies the insight into France’s future after the latest attacks in Paris.

The group’s supporters were raising funds in the “great, liberal democracies of the West.”

To Sri Lankans who faced suicide blasts on trains and buses, the rigors of airport screenings and daily life under a stringent security state are nothing new. The question for French citizens now is how much freedom they are willing to trade for safety.

In the 1990s, many European tourists complained when soldiers manually searched their luggage at Colombo International Airport, leading to long delays.

“We didn’t want to rely on scanners,” a retired military specialist who worked at the airport during that period told me. “We needed to do physical checks to ensure nothing would be taken aboard.” The Tigers never did get a suicide bomber on a civilian aircraft.

Since the 9/11 attacks, every air traveler knows that inconvenience is now part of the deal, be it by having to remove shoes, belts and other belongings or to submit to a full-body electronic scan.

Sri Lanka played a Cassandra role when it came to speaking out against terrorism. Since smaller nations have less clout on the international stage, their governments are often ignored or, in some cases, subjected to a different standard than larger powers.

Former Sri Lankan Foreign Minister Lakshman Kadirgamar made that point in a speech to the UN on November 13, 2001. He compared the global reaction to the U.S. declaration of war against terrorism after 9/11 with the advice his government received after the Tigers wiped out half of Sri Lanka’s national airline in a spectacular attack earlier that year.

“We were advised by some governments to negotiate. We were reminded that violence begets violence,” he said. “That approach has changed drastically, or so it seems.”

Kadirgamar, assassinated by the Tigers in 2005, noted that the group’s supporters were raising their funds in the “great, liberal democracies of the West.”

“Send not to know for whom the bell tolls.”

While finishing the war eight years later, the government of former President Mahinda Rajapaksa repeatedly argued that Sri Lanka should be treated like any other nation fighting terrorism. In other words, that Sri Lanka should have the same right to declare sweeping emergency laws, use military force and refuse to negotiate with terrorists.

In victory, the government earned only the briefest congratulations for its total defeat of a terrorist group. Instead, it earned the disapproval of Western powers over disputed civilian casualties during its final offensive, and the threat of a war crimes tribunal remains.

Few Sri Lankans have forgotten that France was among the governments that called for a last-minute ceasefire with the Tigers, ostensibly to protect the civilians the group was holding as human shields. Sri Lanka refused, instead giving the Tigers an offer of surrender or extermination.

Now, French President François Hollande has declared war against ISIS and asked parliament to give him sweeping emergency powers, similar to those that Sri Lanka had imposed. The outcome of Hollande’s war is far from certain, and the cost to France’s citizenry yet to be known.

Fourteen years later, another line from Kadirgamar’s UN speech stands as a timely warning: “Now, more than ever before when a terrorist attack takes place somewhere in the world, ‘send not to know for whom the bell tolls,’ as John Donne said nearly four centuries ago, for surely ‘it tolls for thee.’”

The movie “Dheepan” is about a former Tamil Tiger militant who finds asylum in France, where he ends up in a housing project that becomes another conflict zone for him. The movie won the Palme d’Or at the 2015 Cannes Film Festival.