Shedding light on the dark side of teen dating: dating violence

The U.S. is raising awareness about teen dating violence, which is often hidden from parents and a risk factor for future problems. 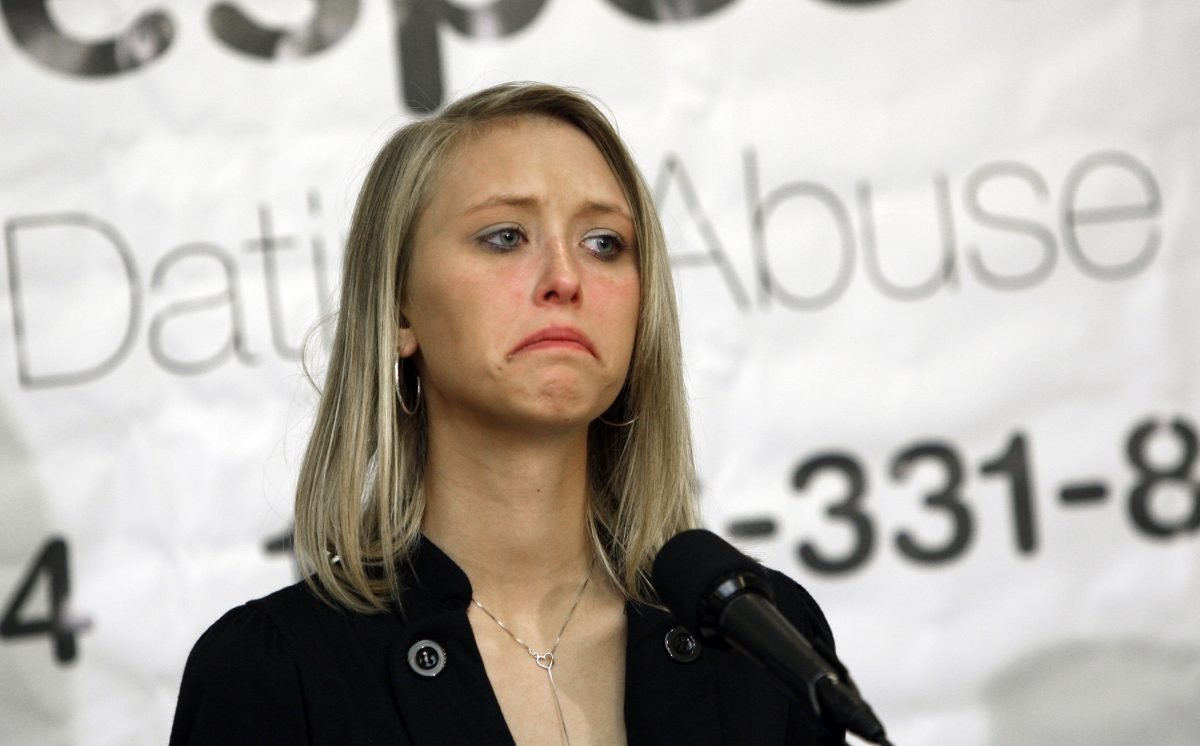 In the summer of 2002, a month after graduating from high school, Donecia Middleton was physically assaulted by an ex-boyfriend after she called off their relationship. “He almost killed me,” she said.

Middleton suffered blunt-force trauma to her head and had to be flown to the Brackenridge Trauma Center in Austin, Texas, where she lives. She spent five days in a coma.

She still can’t remember what happened. When she woke up in the hospital, she thought she had been in a car accident. Her only information about the assault came from witness statements police later read to her.

Middleton started dating her ex-boyfriend when she was 17. He won her over by saying he would treat her better than her other partners had. Soon, however, he wanted to occupy all of her free time and began separating her from her friends and family.

Looking back, Middleton said she sees a pattern of abuse that started early in the relationship, but “I never thought he would hit me.” Middleton now works as a domestic-abuse advocate with Love is Respect, providing information and support for young people in dating relationships.

“I hear survivors and victims saying that all the time, like ‘I never thought that he would hurt me.’”

During February, which is Teen Dating Awareness Month, there has been a push in the United States to raise awareness about teen dating violence. U.S. Department of Justice officials, educators and activists are prompting conversations about this often-hidden form of abuse among teenagers.

Teens often tell no one about dating violence.

According to a national survey of U.S. adults, more than one in three women and one in three men report experiencing sexual violence, physical violence and/or stalking by an intimate partner in their lifetimes. About one in four of the female victims of intimate partner violence and one in seven of the male victims report first experiencing one or more of these forms of violence before the age of 18.

Often, teens who experience dating violence tell no one about the abuse.

Among U.S. high school students, fewer than one in 10 students who reported dating reported experiencing physical violence from a partner in the past year. Meanwhile, eight in 10 parents believe teen-dating violence is not an issue or admit they don’t know if it’s an issue.

But recent studies show that many teens are being abused online by people they are dating.

Research also shows that victims of dating abuse as adolescents are at higher risk for substance abuse, eating disorders, risky sexual behavior and further domestic violence (Editor’s Note: original source link to research information used by author was broken, check out this paper or this paper for similar research findings).

Most parents are unaware.

On February 15, the U.S. Congress allowed the Violence Against Women Act to lapse because of disagreements between Democrats and Republicans over contentious provisions.

The bill would expand the Violence Against Women Act.

While Congress debates a bipartisan funding bill, “all legal protections for victims and survivors continue,” the National Task Force to End Domestic Sexual & Domestic Violence wrote in a February 14 statement. Only the act’s grant program authorizations expired; the law does not.

The Hill newspaper reported on February 16 that, according to a Democratic aide, “a full reauthorization is expected to be introduced in March.”

On February 12, Katharine Sullivan, acting director of the Office on Violence Against Women in the U.S. Department of Justice, wrote a blog post honoring Teen Dating Violence Awareness Month and “emphasizing the seriousness and prevalence of this crime among adolescents.”

Sullivan called attention to her office’s youth-focused grant program, the Consolidated Youth Program, which “provides victim services to teens and works to prevent violence before it ever starts.”

A majority of victims are between 18 and 24.

Break the Cycle supports young people aged 12 to 24. “This is an epidemic we’ve turned away from,” said the organization’s CEO, Amy Sanchez, pointing to studies showing that while rates of domestic violence have gone down over the past 20 years, young women remain the most common victims.

“We need to bring this conversation front and center because the vast majority of victims are between the ages of 18 and 24,” Sanchez said.

Break the Cycle provides support to victims such as legal services but also focuses on education and prevention, said Sanchez, whose staff members are mostly in their 20s. “Young people really have the solutions to ending violence in their own relationships and in society at large.”

Brenna C., who asked that her full name not be used, is also an advocate for Love is Respect. She said she met her ex-boyfriend on the dating website OKCupid when she was 18. It was love at first sight and “moved super-fast, like abusive relationships a lot of the times do.”

Brenna said her boyfriend dropped out of college and became financially dependent on her, sometimes refusing to pay her back when she took care of shared expenses. “He would say, ‘You make more money, so you should pay for more.’”

He became verbally abusive, monitored her text messages and social media accounts, woke her up in the middle of the night to argue and threw beer bottles at her. He blamed his behavior on drugs and alcohol.

Threats of suicide are a form of psychological abuse.

After an argument that became physically abusive, Brenna broke up with him. A couple of months later, he attempted suicide. “That was really manipulative,” she said.

Threats of suicide in which victims are asked to carry the burden of someone’s life and well-being on their shoulders is a form of psychological abuse, said Raychelle Cassada Lohmann, a counselor, educator and author of The Sexual Trauma Workbook for Teen Girls. So are isolation and monopolizing all of their partner’s time, she said.

“Listen to your friends,” Lohmann advises young people who are starting new relationships. “They’re going to see these things that you may not see.”

Your friends will see things you may not see.

Lohmann, who practices in North Carolina, said she wants to see more of a focus on prevention, including education programs for youth and their parents.

“Only 55 percent of parents in the United States said that they’ve had conversations about teen dating violence with their kid. That’s low to me,” said Lohmann. “These should be common conversations that we’re having.”

Katie Ray-Jones, CEO of the National Domestic Violence Hotline and Love is Respect, said they provide resources and tools to help parents feel confident about having conversations about healthy relationships, in addition to providing young people with support via phone, live chat and text.

Research shows parents are often the last to hear when their child is in an abusive relationship. “Our kids aren’t necessarily talking to us about themselves,” said Ray-Jones.

She encourages parents to be attuned to changes in their children’s behavior, attitudes, dress, social interactions and levels of isolation. “Those are things parents typically see first.”

‘You deserve to be kind to yourself.’

School counselor Lohmann advises teachers to bring up conversations about teen dating abuse more than once a year by weaving it into course curricula. “When they’re reading certain novels that pertain to dating violence or domestic violence, it’s a perfect opportunity for teachers to carry that across the curriculum. And it doesn’t just have to happen in February.”

Brenna said she wishes there had been more information about dating abuse in school so that she could have spotted red flags. “I didn’t have any kind of education about it when I was growing up,” she said.

“You deserve to be kind to yourself,” Brenna tells young people. “In a healthy relationship your partner would never want you to change. They just accept you and love you for who you are.”

Dylan Klempner is a journalist and visual artist based in Gainesville, Florida. Klempner received an MFA in creative nonfiction from Goucher College, an MFA in Interdisciplinary Art from Goddard College and a BS in Entrepreneurial Studies from Babson College. He is currently a fellow in the Munk School of Global Affairs and Public Policy.