Indian women are turning to smartphone apps to protect against sexual violence. But is technology the answer — or will it end up being a scapegoat? 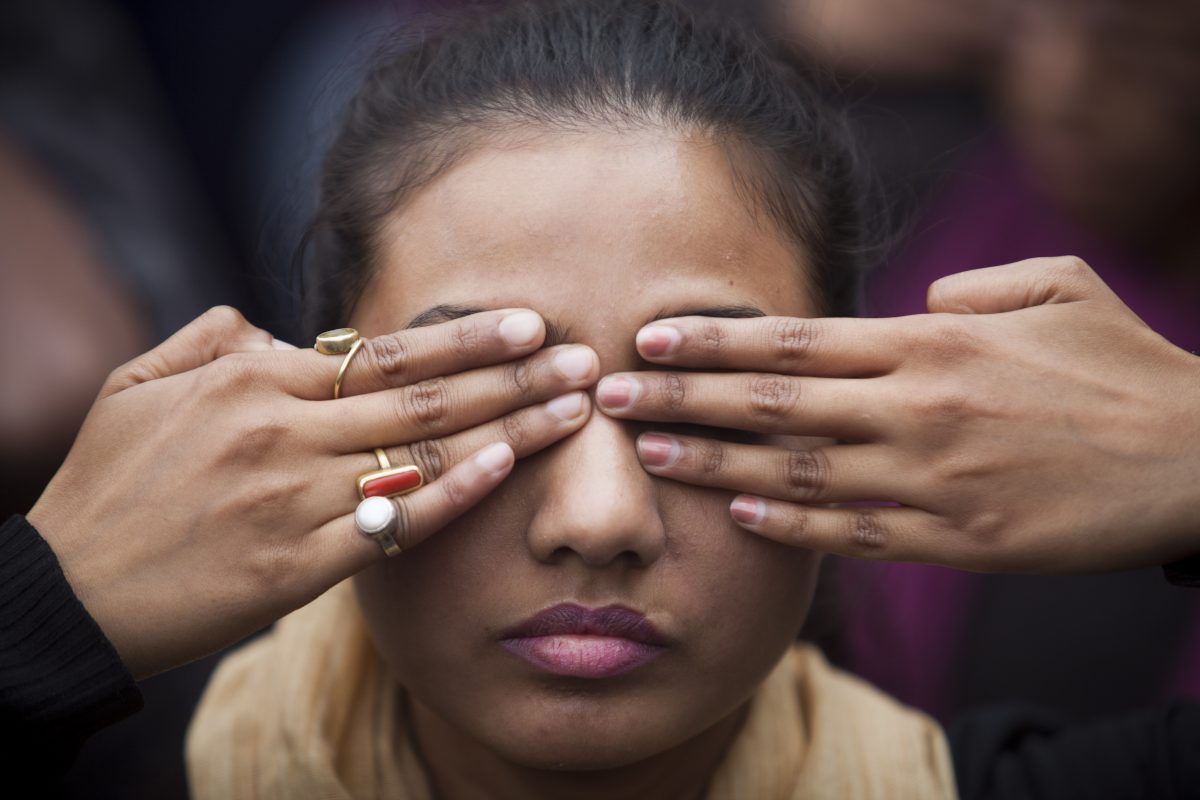 Thousands of women march down the streets of New Delhi, holding placards reading, “Stop rape culture”, “Enough is enough” and “Am I safe in Delhi?”

It’s December 2012. Similar protests are taking place across the country. A 23-year-old woman has just been brutally gang-raped and murdered in Delhi on a moving bus. It’s a crime that hits too close to home for millions of women and girls.

ElsaMarie D’Silva was one of the outraged women. After Jyoti Singh’s brutal murder, she launched Safecity — an app that uses crowd-sourced data to document sexual harassment and abuse in public spaces. Since 2012, Safecity has been used by 500,000 citizens, including police, municipal and transport authorities.

“At the time, the incident outraged us, as it did many others around the world and in India,” D’Silva told me over Skype. “It was a moment where we were compelled to take some action to solve the problem.”

Breaking the silence around sexual violence

Safecity is one of several platforms leveraging technology to keep women safe.

Headquartered in Mumbai, Safecity is a project of the Red Foundation Group, which works at the intersection of gender, technology, communications, data and urban planning. With many women reluctant to report harassment and abuse, the app aims to break the silence around sexual violence.

“Official statistics do not reflect the true nature and size of the problem,” said D’Silva. “Safecity was launched to bridge the data gap and provide a space for people to document their story on sexual violence.”

By collecting users’ stories, Safecity creates hotspots on a map to identify trends. Women use the app to avoid areas that may be dangerous, while authorities can identify factors that can trigger violence towards women — helping them find solutions. Safecity estimates they have the largest crowd-sourced story collection in the world at 12,000 stories.

“These insights are valuable in helping us understand the problem better and find the right and effective local solutions,” D’Silva said. “Some interventions require police patrolling, whilst others need community awareness.”

Another app, Smart24x7, was launched in 2013 to alert a user’s contacts in an emergency and to link the individual to police, fire and ambulance services. The app reflected the fear that, although crime towards women was growing, the response time from authorities remained inadequate. The app has been downloaded more than 150,000 times and has been used in nearly 100 emergencies.

Smart24x7 was launched by C.P. Singh, who for over two decades in mobile computing had worked for Microsoft, Visa and Panasonic, among others. As his concern for female friends and family deepened, he decided to launch the app.

But critics have questioned whether apps are effective, long-term solutions. Arpita Biswas, a lawyer working on women’s rights issues in India, said she appreciates the concept behind safety apps but fears they could serve as scapegoats for authorities responsible for women’s safety.

“Safety apps could be considered to be stop-gap measures for a larger problem and could be criticised for being myopic in their approach, with their success or effectiveness being short-lived,” Biswas said.

Interestingly, Smart24x7 reported that 70 percent of their users are male. “Men are downloading the app for their daughters, wives, mothers and sisters’ safety,” said Harvinder Kaur, a team member at Smart24x7.

Men taking women’s safety into their own hands isn’t unusual.

In 2014, India faced another wake-up call when a 26-year-old woman was raped by her Uber driver in Delhi. Nishith Rastogi was among those concerned for the safety of his female friends and relatives. As he anxiously waited for his sister to come home by taxi one night, he felt the need to do something about it.

At the time, Rastogi was unimpressed with the safety apps already on the market. He didn’t think women should be expected to push a button on their phones when they were in a dangerous situation. So he teamed up with Geet Garg to launch RideSafe — an app that uses artificial intelligence (AI) to detect deviations to one’s regular route.

The AI technology works on distance and direction parameters, monitoring whether the user is travelling in the right direction and moving towards a desired destination. If anything seems wrong, it alerts the user and loved ones. It works with any form of transport — cars, buses and India’s infamous auto rickshaws.

While the app offers women a degree of safety when travelling, Biswas said more fundamental change is needed. “There needs to be congruence between apps that can assure safety for women and the conversion of these cases into criminal cases,” she said.

Biswas notes wider issues surrounding women’s safety — that many women are most unsafe in familiar places and at the hands of people they know. She questions the role apps play in such circumstances and wonders whether they can be used by controlling families to track women’s whereabouts.

Apps such as RideSafe, SafeCity and Smart24x7 are now being launched around the world. India is by no means the only country where women are unsafe, and the emergence of new technologies will inevitably raise questions about how they can be used.

“The idea of apps for the safety of female travellers sounds great, but its success would depend on how it responds to dangerous situations,” Biswas said. “An app that lets you get in touch with a friend would have different success rates from ones that allow you to get in touch with police or a women’s helpline.”

There is also a need to address the digital divide between who has access to these technologies and who does not. “Digital illiteracy and access to technology can largely be changed through social movements or educational endeavours,” Biswas said.

New technologies are being launched to address a range of social issues, and each offers with its own challenges. As we move further into the digital era, such questions must be raised and answered so we can develop sustainable tech to solve the world’s most pressing concerns.

Priyanka Mogul is a freelance journalist based in London, reporting on the crossover between technology and international development. In 2018, she produced the documentary Caste Aside, which addressed the issue of caste discrimination among the British-Indian diaspora. Follow her on Twitter at @priyankamogul.