It’s hard to imagine Syria was once a capital of art. But its beauty lives in me. To Syria I owe my first poems, my Arabic writing and my favorite dramas. 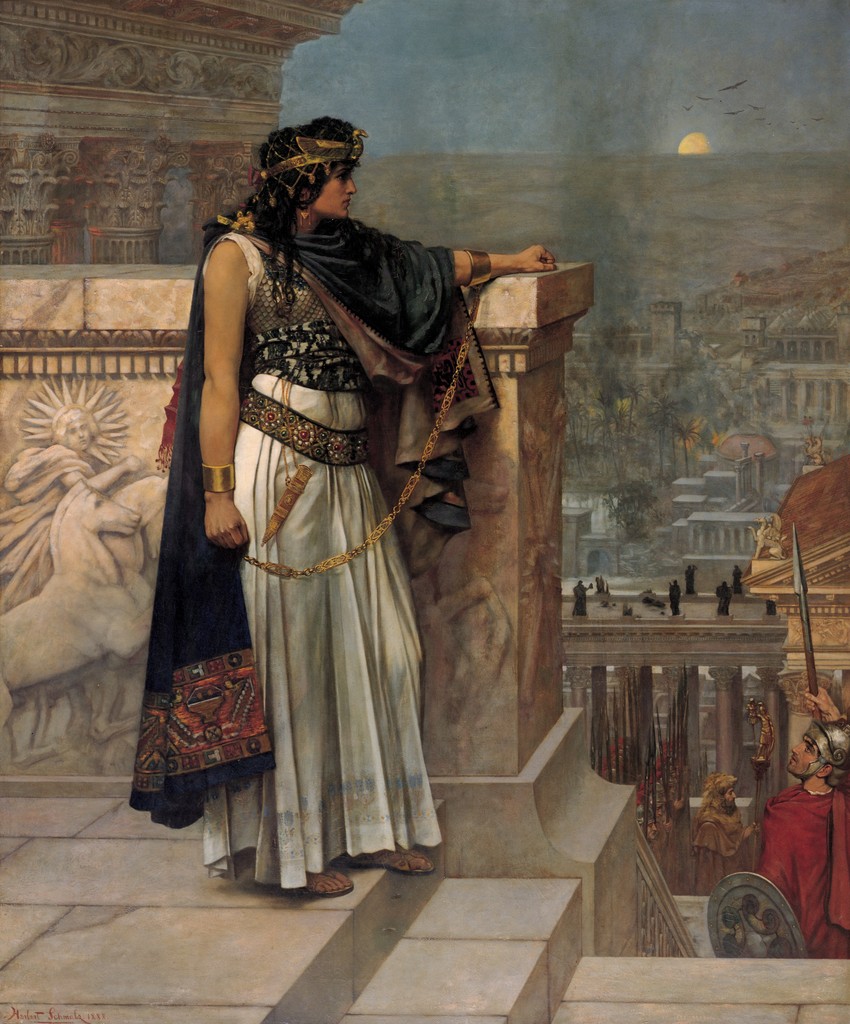 With images from Syria of helpless Syrians lost at sea or blocked in European train stations flooding through international media, it’s hard to imagine that Syria was once a capital of art and literature.

The daily scenes of war and death in Syria defy any sense of beauty.

But Syria’s beauty lives in me. To Syria I owe my first poems, my Arabic writing and some of my favorite dramas.

1996. “Al-Abaabeed” (“Those Dispersed”) just blew my mind. I was 12 then. Zenobia, the queen of Palmyra, fascinated me. Her strong and determined eyes did not blink when confronting the Roman Empire. Her deep voice fit the epic soundtrack perfectly. Her pride and self-esteem were as magnificent as the huge columns of her kingdom.

Besides Zenobia, three other characters in the drama — the sisters Tayma, Anagheem and Najda — with all their virtues and flaws, stubbornness, wit, dreams, joy and sorrows, shaped my perception of being a woman.

The Syrian TV drama’s characters and every detail introduced me to new contradictions — rise and fall, life and death, peace and war — and taught me essential values such as sacrifice and non-negotiable dignity.

At the age of 12 I lacked neither role models nor an appetite for poetry, history and learning. I was proud to be the only one in my classroom to know the name of Palmyra — in Arabic, French and in English. Google and satellite channels did not exist then. My only sources of knowledge were the drama broadcast on Tunisian TV, books and my father.

2010. It was obvious to everyone that something huge and unprecedented would happen. In Syria, Tunisia, Egypt and elsewhere in Arab countries, some strange vibes and a weird atmosphere gripped people. But no one could imagine what we have been experiencing the last five years.

That year, I lived with my sisters in a little apartment in Tunis. They were studying; I was working all day. At night, after calling our family in Kasserine, we used to sit together and watch the Syrian TV drama “Ma Malakat Aymanukum” (“What Your Right Hand Possesses”).

When watching dramas and movies, my sisters and I usually criticize actors’ performances, the pace of scenes, the transitions, the set, the lighting and the music. After episodes of “Ma Malakat Aymanukum,” we would just keep silent.

No fiction drama was ever as real as “Ma Malakt Aymanukum”. The characters were not like those we read about in the “Divine Comedy” or “Les Rougon-Macquart”. They were more bitter and far more tragic.

I did not know Dante’s or Zola’s characters in person. I knew the Syrian characters. They were real; I had met them in the dusty and noisy streets of Tunis, in over-crowded buses, in old stations.

A middle class, in the midst of a big, gruesome swamp, choking politically, socially and financially, this is how a painter would have drawn the Arab reality five years ago. This is how “Ma Malakat Aymanukum” depicted the year 2010.

Through the troublesome and violent relationship between the radical Tawfik and his sister Layla, the series depicted in detail the spread of extreme and distorted interpretations of the Quran, the holy book of Islam. It predicted the irreversible rise of extremist movements in the region. In fact the drama’s title comes from a verse in “Surah An-Nisa” (“The Women”).

Police violence, economic precariousness, delinquency, corruption, humiliation and loss of meaning made the entropy worse, until the system was no longer tenable.

2015. Savage extremism destroyed Palmyra’s eternal pillars. ISIS blew the Sanctuary of Bel to smithereens. Characters in “Ma Malakat Aymanukum” would probably not have survived the chaos, just like the many thousands of Syrians devoured by the relentless flames of war.

Ramadan was unbearably hot. I could not watch “Ghadan Naltaqi” (“Tomorrow We Shall Meet”) on TV. I watched it a few weeks later on YouTube.

“It is mind-blowing. It is like handicraft, and every detail is a masterpiece.” Rarely does my little sister get impressed. Her compliments meant the new drama on the Syrian ordeal was masterful. She was right.

The cast consists of a community of Syrians who had fled their home inferno to neighboring Lebanon. The series, produced by Abu Dhabi TV, takes place in an abandoned building in the suburbs of Beirut. There, many lives interact, empathize and collide.

The main plot concerns Warda, a pretty, 35-year-old body-washer who is torn between two diabetic brothers: Mahmoud, an anti-Assad, dreamy, depressed, almost nihilist poet, and Jaber, a pro-regime young man who sells music CDs in the streets of Beirut.

From these impossibilities, the two script writers, the director, the soundtrack composer and the actors have created an astonishing work.

In this piece of art, TV drama techniques meet theater performance, reality embraces symbolism and meaning goes beyond bloody, political rifts to focus on the human. The events unveil broken hearts and lost lives in a seemingly endless war, against a sad musical background.

Syrian artists kneaded this dough of pain with intense determination. Out of it, they created a masterpiece where hope will, someday, overcome.

Hafawa Rebhi is an independent Tunisian journalist. She has been covering the transition in Tunisia since 2011, with a special focus on public policies, social and economic rights, migration, development and energy. She is fluent in English, Arabic, French and Italian.