China and India vie for dominance in Sri Lanka

China has dramatically increased its presence in Sri Lanka in the past decade. But so has India. Are the two giants in a race neither wants to lose? 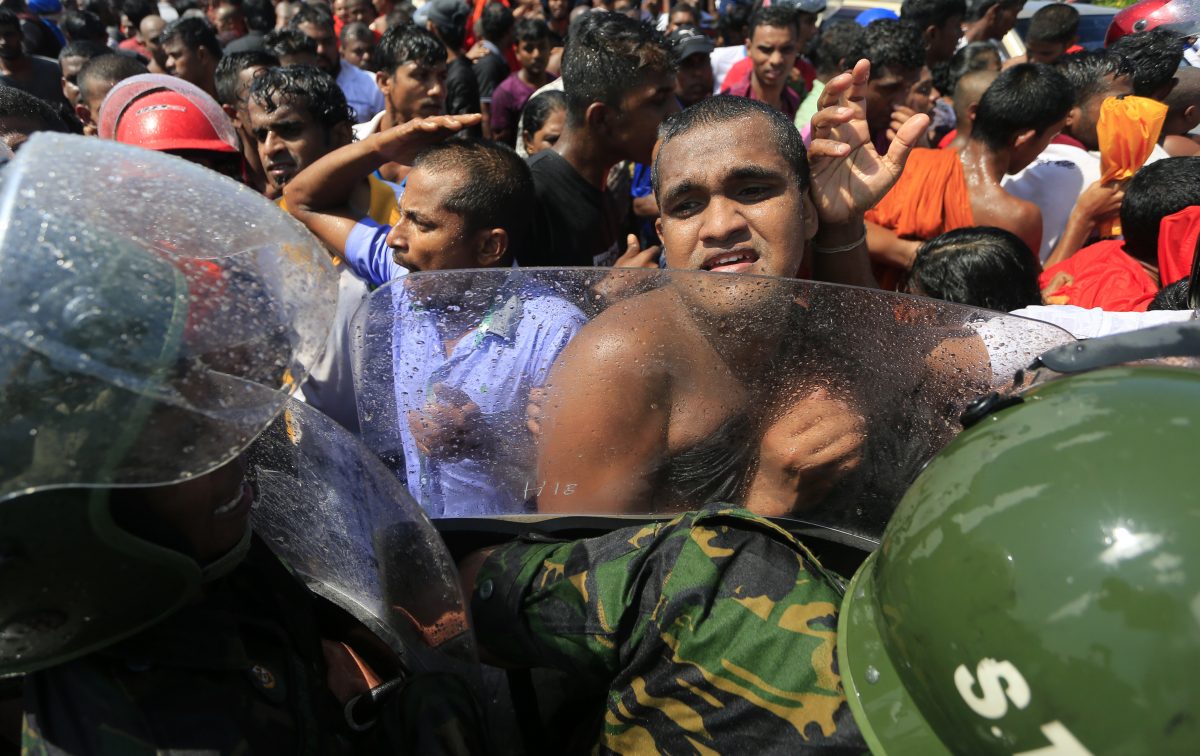 A Buddhist monk and villagers clash with police during a protest against the seizure of private land for the China-backed Hambantota Port, 7 January 2017 (AP Photo/Eranga Jayawardena)

COLOMBO, Sri Lanka – On a busy street at Slave Island, in the heart of Colombo’s business district, Chinese workers can be seen sitting in restaurants, coming out of buildings and crossing streets.

Tens of thousands of Chinese are working on construction projects in Sri Lanka. Signs of the communist country’s investments in the small island nation are everywhere — in the infrastructure, apartments, restaurants, manufacturing facilities and roads.

Sri Lanka’s intense engagement with China over the past decade is viewed by many as symptomatic of the Asian giant’s practice of “debt diplomacy” — widely understood as a euphemism for debt entrapment.

But while Sri Lanka may seem a nation that is fast becoming hugely indebted to China, official figures show it is not a one-man race. Both China and India have established a dominant presence in the country. And Sri Lanka is likely to tread a thin diplomatic line between the two Asian giants.

Is China engaging in debt diplomacy?

India and Sri Lanka share a long and storied history. The neighboring countries have strong racial and cultural affinities. India sent troops to Sri Lanka in 1987 to help it crush Tamil separatist rebels. For decades, Sri Lanka relied on India as its main regional partner in trade, investment and security.

This dynamic of singular dependence changed, however, during the Sri Lankan presidency of Mahinda Rajapakse (2005-2015). Rajapakse strengthened Colombo’s ties with Beijing, and in 2009, China provided military hardware to support Sri Lanka’s efforts to oust Tamil separatist rebels during the final stages of its military campaign.

Since then, the number of Chinese on local construction projects has exploded to between 10,000 and 30,000 workers, according to local immigration officials. Contractors use Chinese because they work hard, are paid similar wages as locals and help address a labour shortage created by the surge in infrastructure investments.

Not to be outdone, India has made scores of investments in businesses and projects during this period, while offering loans and grants. A similar number of Indians work in Sri Lanka, on both Indian and local projects.

The result? As of 2017, China held approximately nine percent of Sri Lanka’s total outstanding debt, which is equivalent to India’s share, according to Dushni Weerakoon, executive director of the Institute of Policy Studies think tank.

China says it has provided Sri Lanka with crucial aid.

Despite this equivalency, it is Sri Lanka’s engagement with China that is attracting considerable scrutiny. “As Sri Lanka, like many other developing countries, escalates its engagement with China’s ambitious Belt and Road Initiative (BRI), the question of debt entrapment requires a more rigorous review,” Weerakoon noted in a recent commentary.

China bristles at the suggestion it is trying to mire the country in debt. During a news conference in mid-2018, Chinese embassy officials denied that Beijing was coaxing Sri Lanka into a debt trap, saying its financial assistance represented only 10.6 percent of total debt, and that more than 60 percent of that is concessional — at below international market rates.

At the news conference, the embassy’s political chief, Luo Chong, told reporters that China has provided significant aid to Sri Lanka at crucial moments, including financial assistance to support its post-war reconstruction and national development efforts. Pointing to data from Sri Lanka’s Central Bank, he said Chinese loans did not constitute the lion’s share of Sri Lanka’s foreign debt.

India is concerned that China now controls a key port.

Still, such comments may do little to assuage worries about China’s growing influence in the country. Recently, Indian officials expressed concern after China took control of Hambantota Port following a handover stemming from Sri Lanka’s failure to repay its loan obligations.

India is concerned that the port could be used for military purposes. “Whether China will confine itself to only port activities in Hambantota Port is a question,” Indian Defence Minister Nirmala Sitharaman told reporters in February 2018.

At pains to avoid offending India, Sri Lankan politicians including Prime Minister Ranil Wicremesinge have promised to allow India to play a role running a military airport in the north of the island nation. Sri Lanka’s Tamil-dominated north has traditional cultural and ethnic ties with India’s southern Tamil Nadu state, and flights between the two regions and elsewhere are envisaged.

Even in tourism India and China are in a race for primacy. In 2018, India led the way with the most tourist arrivals in Sri Lanka — 424,887. Predictably, though, China came in second, with 265,965 arrivals that same year. 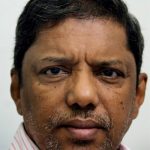 Feizal Samath covered the war between Tamil Tiger guerrillas and Sri Lankan troops, and the leftist insurgency attempting to overthrow the government, for Reuters. A journalist for nearly four decades, he more recently has covered economic development in Sri Lanka for a newspaper in Colombo. A social activist and guitarist, he founded a concert series that has raised millions of rupees for children’s charities.

Share This
WorldAsiaChina and India vie for dominance in Sri Lanka