In Western Europe, the convergence of three little exposed dynamics may have helped Islamic State dehumanize impressionable youngsters and render their Muslim parents and friends paralyzed in the face of evil: Shame, Blame and Selective Denial.

A Catholic on my mother’s side, I grew up with a deeply embedded sense of shame and guilt: “mea culpa, mea culpa, mea maxima culpa.”

Every Sunday in church I’d hear my mother confess to being guilty of many bad things. She would close her eyes in repentance and beat her chest with her hand. I mimicked this ritualistic gesture. Later in life I often experienced a paralyzing shame — and guilt — for no apparent reason.

On my father’s side, there was ha-shuma — the uniquely Arabic cultural phenomenon centered on the pervasive idea of shame. This shame is anchored especially in Maghreb countries such as Morocco, Algeria, Tunisia and Libya.

Nowadays Islamic State is viciously manipulating the ha-shuma of European Muslims. This feeling of shame is intensified by the dynamics of Blame and Selective Denial.

Muslims experience ha-shuma for “sinful” acts such as drinking or smoking in public, and for bringing shame to one’s family, one’s honor or to Islam. Discrediting the ummah or the international Islamic community is shame-ful.

This ha-shuma is what European Muslims might be experiencing with Islamic State luring their children to slaughter fields in Syria, Iraq and now Western Europe. The rapid barbarization of their offspring, the alienation from the Muslim community are shameful: parents often have no clue of their children’s radicalization until it is too late. Who else but they are to blame? And what will the good Muslim neighbors say?

The shame is painful because of their ignorance about Islam. In the 1960’s and 1970’s, thousands of Muslim immigrant workers were recruited by European countries. They often lacked a formal, religious education.

The first generations of Muslims did not know how to organize their children’s Islamic education in Europe. For religious matters, any volunteering imam in a rented-out garage or Saudi-sponsored cleric would do.

Islamic classes were often after school or on the weekends. Former students describe the endless reciting of Quranic verses in classical Arabic — a language most immigrant kids do not understand — as “medieval teachings.” Is it any wonder that today’s Internet generation turn to YouTube and online preachers? Ha-shuma.

Another well kept, shameful secret is the prevalence of depression and anxiety in Muslim communities on European soil. A psychiatric study in Holland indicates that one third of Moroccans and two thirds of Turkish immigrants in Europe over 55 years old are clinically depressed. How can they monitor teenagers when they are fighting a battle with demons in their head?

Ha-shuma also thrives in poverty. Many European Muslims are poor in disproportionate numbers. In France, 20 percent of those of Moroccan or Turkish origin live in poverty compared to a national average of 6.2 percent, according to the Institute for Strategic Dialogue, which says older Muslims suffer much higher rates of poor health and poor housing than in the general population.

For impressionable youngsters, the jihad-recruiter can look like a godfather, a rich uncle from out of town, showering them with attention while promising an Islamic version of the Hollywood-lifestyle with money, status and shining guns.

Parents are ashamed they cannot offer their children an alternative dream.

On top of all this shame sits a layer of blame.

In recent years, European politicians have been shaking their heads and pointing a finger at Muslims for a mountain of so-called integration problems: from the high percentage of Muslims in prison to very high unemployment. The parents of petty criminals and unemployed youngsters are to blame, many politicians seem to think.

The political climate in Germany, for instance, discourages Muslim parents from speaking out in public about their disappeared son or walking the streets in protest against Islamic State. On their sofa at home, German Muslims watched the news and heard German Chancellor Angela Merkel declare a multicultural society a failure. Was it their failure?

Because of this blame-game, many psychologically battered parents have buried their heads in the sand to avoid ha-shuma and blame. Instead of organizing group protests, some retreat under a blanket of helplessness.

Even in this sanctuary of denial, many Muslim mothers and fathers continue to be scared. Scared of the recruiters who “kidnapped” the minds of their children. Scared that when they do decide to raise their voices, their children might end up dead.

Some parents are scared to publicly attack an organization that claims to defend Islam. In their logic, their faith has been under fire for many decades.

So the thinking goes: Maybe it’s better to keep our heads in the sand and not criticize Islamic State in public.

In a twisted way, Islamic State has managed to become an ally of its victims: confused, desperate Muslims who are trying to draw their brainwashed relatives and friends back, back to humanity — back into a world of deeply connected humans who care.

Without paralyzing ha-shuma or shame. 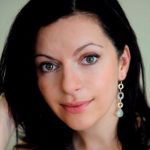 Nadia Dala is a Belgian journalism lecturer, author and multimedia journalist. She worked as a reporter in Europe and the Middle East after studying in Tunisia and Egypt, and won the Pascal Decroos Award for excellence in investigative reporting. Her books include portraits of veiled Muslim women and a study of the history of Algeria and the rise of Islamic parties. A Fulbright journalism scholar at American University, she has taught at Georgetown University and is currently senior lecturer at Thomas More college university in Belgium.