Sea levels are rising quickly due to global warming. If the trend continues — or accelerates — entire coastlines will be threatened. 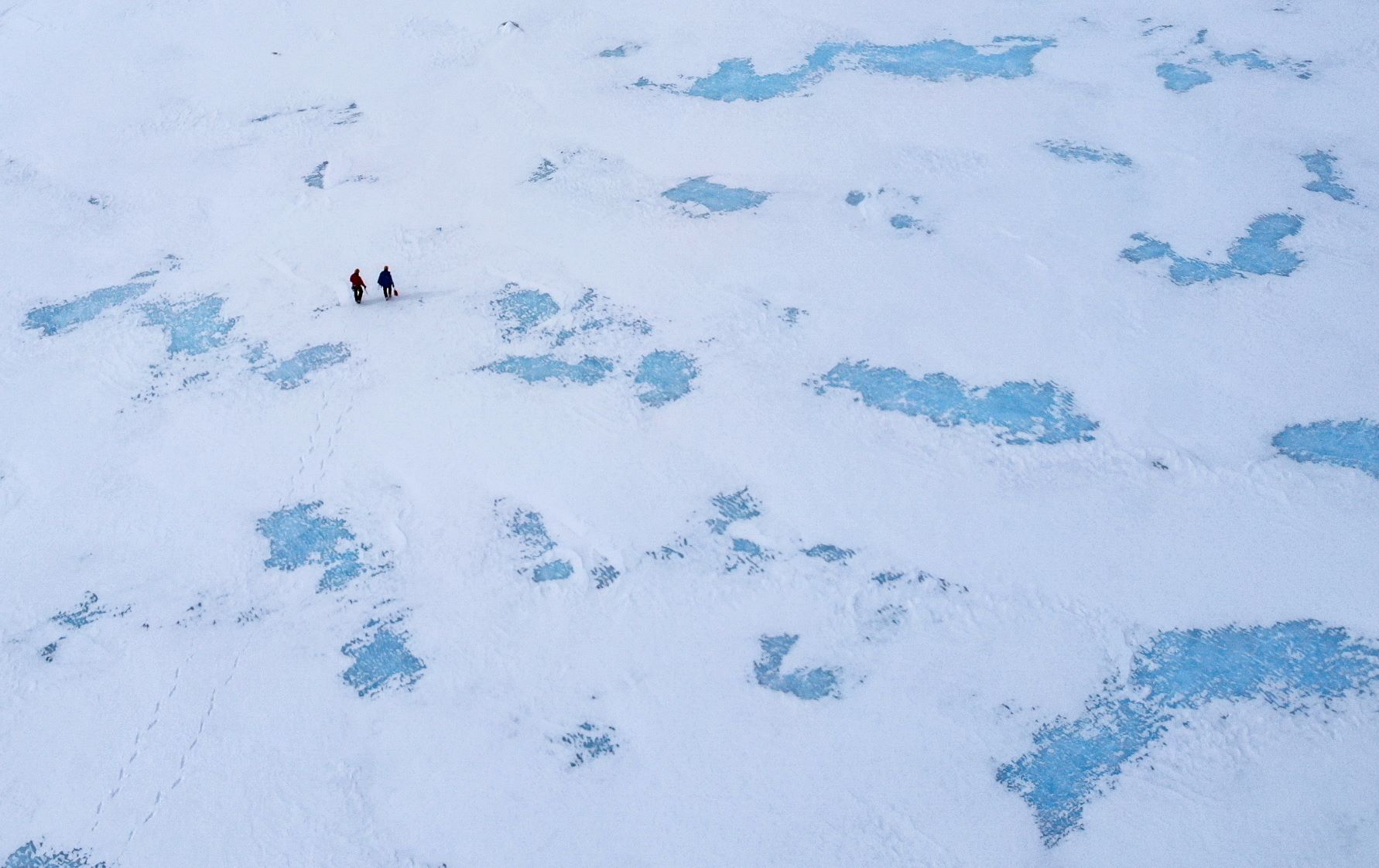 Sea levels are rising ever faster around the world, driven by man-made global warming that is thawing ice from Greenland to Antarctica and pouring billions of tonnes of water into the oceans.

The great melt is a worsening threat to millions of people living by the coast, including in cities from Miami to Jakarta, from London to Buenos Aires.

Sea levels have risen 3.6 millimetres a year in recent years — about half the thickness of an iPhone. That doesn’t sound like much, but it’s more than double the average for the 20th Century.

Seas are gaining because ice is melting in Greenland, in mountain glaciers from the Alps to the Andes, and in Antarctica. Another factor is “thermal expansion,” when water naturally gets bigger as it warms, causing the vast oceans to take up more space.

The accelerating pace this century is one of the most alarming signs of climate change, especially since there are huge uncertainties about how much faster it might get.

Some leading scientists fear the thaw may even be unstoppable — risking metres of sea level rise by the year 2300 that would redraw maps of the world.

To get an idea of what’s going on, imagine an ice cube with sides seven kilometres long.

The base of this giant lump of ice is enough to cover a third of Paris, its sides are as tall as the highest peak in the Andes — Aconcagua at 6,961 metres — and the distance for anyone wanting to run right around it works out at 28 kilometres, the best part of a 42.2 km marathon.

When melted — scientists often imagine an enormous hairdryer blowing an ice cube — this vast quantity of ice, about 360 billion tonnes, would be enough to raise the level of the world’s oceans by one millimetre, scientists say.

Oceans gained the equivalent of 3.6 of these mega-ice cubes annually from 2005-16, according to United Nations experts in the Intergovernmental Panel on Climate Change (IPCC) in a September 2019 report. The annual rate has risen from 2.1 millimetres from 1970-2015 and 1.4 mm from 1901-1990, in line with a rise in man-made greenhouse gas emissions.

Even small changes have big effects. When a storm strikes, the waves are a bit higher and more damaging, eroding coasts and sometimes blighting farmland by washing salt water onto crops. Some countries, such as Fiji in the Pacific, are already relocating villages inland to escape more frequent floods.

Sea level rise is especially bad for people who live in developing nations on coral atolls in the Pacific or the Indian Ocean that could be washed off the map in coming decades, and for citizens in low-lying countries such as Bangladesh.

In the United States, policymakers have proposed plans to build protective walls around coastal cities. U.S. President Donald Trump recently ridiculed these plans and played down the massive risks of sea level rise outlined by the IPCC.

Fossil fuel use is the main cause.

By the end of this century — when babies born today will be reaching their 80s and Swedish climate activist Greta Thunberg will be approaching a venerable 100 — sea levels could be about a metre higher than now in the worst IPCC case of rising greenhouse gas emissions.

In the past century, seas rose about 16 centimetres, according to the IPCC. Scientists measure sea level rise with satellite measurements and by tidal gauges, after filtering out the effect of winds, waves and tides.

Writing about sea level rise is hard because of the massive uncertainties.

Former U.S. Vice President Al Gore, for instance, faced criticism for saying in a 2006 Oscar-winning documentary, “An Inconvenient Truth,” that seas could rise about six metres “in the near future”. He didn’t make clear that it would take centuries.

The IPCC says the main cause of melting ice and sea level rise is the increasing global use of fossil fuels — coal, oil and natural gas — that release carbon dioxide when burnt. Carbon dioxide from factories, power plants and cars is a powerful greenhouse gas that traps the sun’s heat in the atmosphere, which leads to rising temperatures.

Last year was the second warmest year since records began in the 19th century, behind 2016, and the 2010s were the warmest decade, the UN´s World Meteorological Organization says.

Glaciers, which are frozen stores of ice, form when snow falls on frozen land, in high mountains or near the North or South Poles. The snow gets compressed into ice as layers of snow build up above, often over thousands of years. Gravity makes glaciers slide downhill.

Mountain glaciers eventually break up and melt as they slip to lower, warmer altitudes, and the water runs into rivers that flow into the sea. In chilly polar regions, icebergs typically break off glaciers when they reach the ocean, also adding to sea level rise.

Scientists trying to figure out future sea level rise are focusing most on understanding the vast “ice sheets” — continent-sized glaciers that blanket Antarctica and Greenland.

Antarctica is the biggest headache. Sea levels would rise by 57 metres if all of Antarctica were to melt over thousands of years. Smaller Greenland locks up ice equivalent to 7 metres of sea level rise. Together, these ice sheets store more than 99% of the freshwater ice on Earth, according to the U.S. National Snow and Ice Data Center. Mountain glaciers make up the tiny remainder.

Ice in Antarctica is almost 5,000 metres thick in places, so even a small thaw at the fringes is cause for concern. And scientists sometimes liken ice locked up on land in Antarctica to a bottle of wine on its side. When the cork´s in, all is fine. But if the cork comes out, the wine gurgles out too.

In Antarctica, the “corks” are “ice shelves” — areas of ice hundreds of metres thick that float on the ocean at the end of glaciers. The biggest, the Ross Ice Shelf, is the size of France. These ice shelves brake the flow of ice from the land into the ocean.

But researchers are finding that warmer waters around Antarctica, linked to climate change, are eroding the ice shelves from below, making them more vulnerable to crack up. The big fear is that a loss of ice shelves could allow Antarctica’s inland ice to slide towards the ocean, like wine from a bottle.

And there are already worrying signs that a “tipping point” — a dramatic change like pulling out a cork — is being reached in parts of Antarctica such as the Amundsen Sea region and Wilkes land. The melt in these areas “may be the onset of an irreversible ice sheet instability,” the IPCC says.

Other researchers have since backed up the IPCC conclusions, warning of looming “tipping points” in the “cryosphere,” a formal word for the world´s frozen places.

“We think that several cryosphere tipping points are dangerously close,” according to a study led by Timothy Lenton at the University of Exeter in England, in November 2019.

A part of West Antarctica “might have passed a tipping point,” the researchers wrote in the journal Nature. “It could destabilize the rest of the West Antarctic ice sheet like toppling dominoes.”

In the worst case of global warming, the IPCC foresees a sea level rise of up to 1.1 metre by 2100 and a whopping 5.4 metres by 2300. At the top of the range, that’s taller than a bus or the height of an adult giraffe.

If countries make deep cuts in greenhouse gas emissions, in line with an agreement by almost 200 nations in Paris in 2015, sea level rise could be limited in the most optimistic scenario to 29 cms by 2100 and 60 cms by 2300, the IPCC says.

So sea level rise will pose a test for almost 200 governments meeting in Glasgow, Scotland, in November for a climate summit: Cut greenhouse gases, and your coasts and cities might still cope. 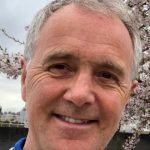