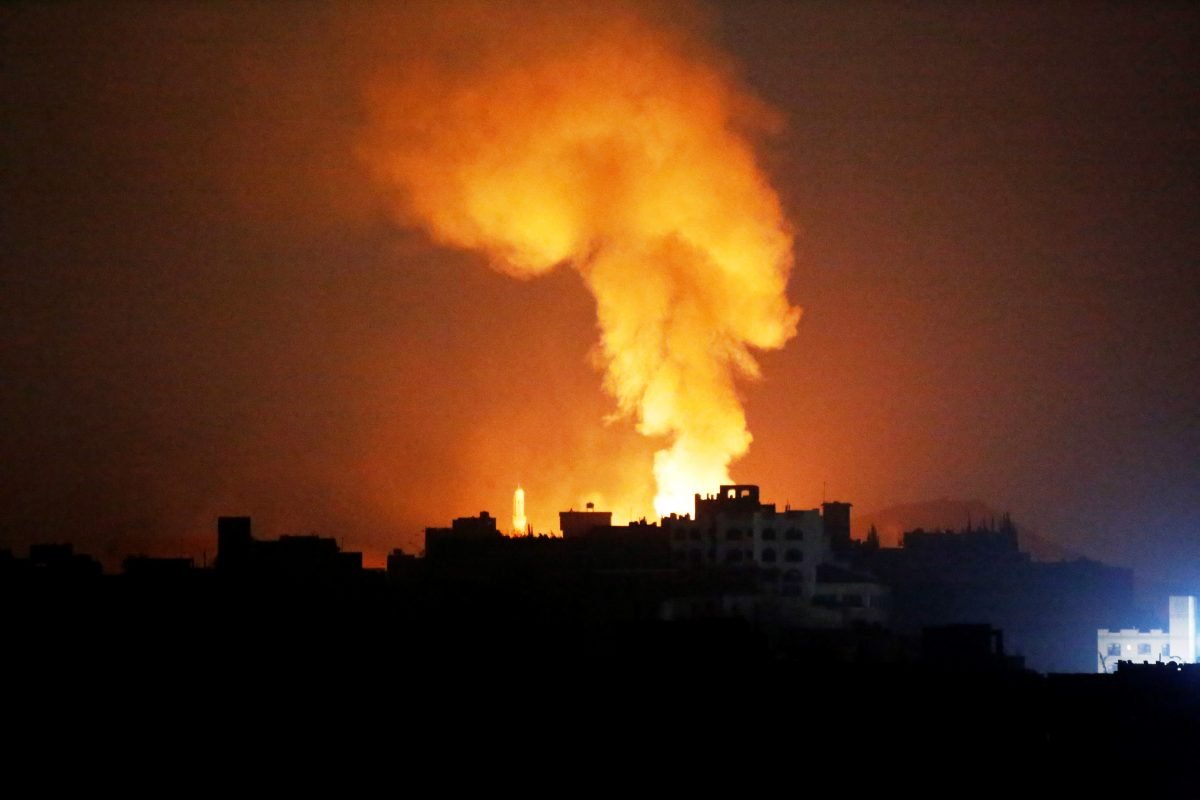 Yemen’s green terraced mountains, exuberant architecture and proud heritage of music, poetry and Islamic learning, not to mention its inhabitants’ fondness for whiling away the afternoons chewing mildly narcotic leaves, mark it out from its Arab neighbors.

Modernity was only just intruding on traditional ways of life when I first traveled there in 1974, 12 years after Arab nationalist army officers toppled the Zaidi imamate that had ruled Yemen on and off for 1,000 years.

Now the Arab world’s poorest country is disintegrating in a complex civil war in which many factions are battling over the carcass of a state that has never fully imposed its authority.

Yemen was always a rather obscure place, tucked away at the southern tip of the Arabian peninsula. Its troubles drew only brief flurries of international attention, as when tribesmen abducted foreigners to extract concessions from the government.

In the 21st century al Qaeda changed all that. Yemen, relentlessly tagged “the ancestral home of Osama bin Laden”, became a focus of intense Western concern after 9/11 and later attacks by an al Qaeda affiliate that included attempts to blow up U.S.-bound airliners.

The theater of a Saudi bombing campaign launched on March 25, Yemen is now touted as a new front line in a Sunni-Shi’ite conflict fought by Saudi and Iranian proxies across the Middle East. 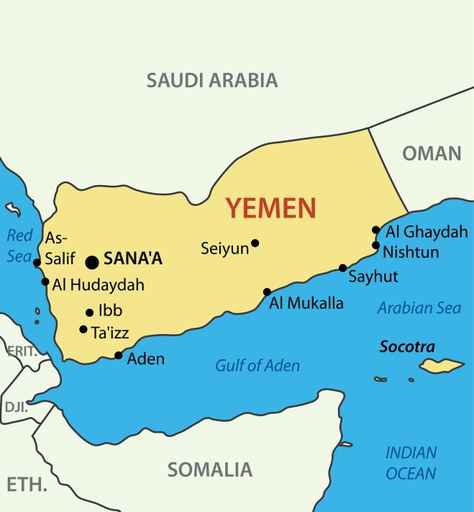 shipping are invoked because the “strategically located” country sits on the Bab al-Mandeb strait used by oil tankers in transit between the Mediterranean and the Indian Ocean.

Such concerns mean little to Yemen’s 25 million people, who even before the latest fighting were desperately short of water, food and basic services.

They are its principal victims. Some are trying to flee and may well join the other refugees and migrants from unhappy countries risking their lives to reach the unwelcoming shores of Europe.

No simple labels fit this war, an incoherent political struggle between shifting factional alignments over power, resources and local autonomy.

Sectarian Sunni-Shi’ite allegiances, long muted in Yemen, are now evoked as rallying cries by some combatants and, more dangerously, by outside powers.

Yemen was a pioneer of the Arab uprisings of 2011, when President Ali Abdullah Saleh was the target of months of popular protest.

He had ruled in Sanaa for 33 years, maneuvering shrewdly among military, tribal, religious, regional and militant factions, including al Qaeda.

According to a U.N. estimate, he also diverted $60 billion of state funds to his own coffers over the years.

The young street protest leaders wanted to topple Saleh, install a more democratic and accountable government, and seek a peaceful solution to long-running conflicts with the Houthi rebels in the north and a fractious secessionist movement in the south.

The protesters’ demands for reform were largely eclipsed in the Saudi-forged and U.S.-backed deal under which Saleh made way for his vice-president, Abd Rabbu Mansour Hadi, in 2012.

It was widely hailed as a model compromise to secure the peaceful exit of an Arab strongman and spare Yemen from a civil war such as those destroying Syria and Libya. It proved fatally flawed.

Saleh, granted immunity from prosecution, stayed in Yemen and schemed to undermine Hadi and regain power for himself or his son Ahmed, former commander of the Republican Guard.

The army had split during the protests against Saleh. Even after his removal, he retained the loyalty of key units.

A National Dialogue on Yemen’s future failed to produce a broadly acceptable agreement.

The Saudis had no interest in democracy at all. They have long regarded Yemen as their backyard, using their financial muscle to offer selective support to the government, but also to tribal and religious groups.

As Hadi’s administration floundered, Houthi fighters from Yemen’s once-dominant Zaidi Shi’ite minority seized the capital Sanaa in September 2014, helped by an alliance with their former foe Saleh, who had fought six wars against them in less than a decade with Saudi backing.

When Hadi escaped house arrest and fled to Aden, the Houthis and pro-Saleh troops advanced rapidly southwards to the city, Yemen’s second biggest, in late March, setting off weeks of street fighting.

The Saudis, alarmed by the gains made by a Shi’ite militia they portrayed emotively as a tool of Iran, cobbled together a coalition of Gulf Arab states, Jordan and Egypt behind an air war designed to roll back the Houthi advance and reinstate Hadi.

Neither goal has been achieved. Hadi still enjoys U.N. recognition as Yemen’s president, but lives in exile in Saudi Arabia and has only a meager power base at home.

The United States, eager to show that the nuclear framework deal struck with Iran in March would not weaken its support for Arab allies such as Saudi Arabia and Egypt, backed the Saudi bombing.

It has not joined in, but it has sent warships to deter Iran and provided Riyadh with intelligence to help the U.S.-supplied Saudi air force destroy assets of the divided Yemeni military — units of which Washington once supported to pursue the fight against al Qaeda.

The fighting has killed more than 1,200 people, half of them civilians, and forced more than 300,000 to flee, according to the United Nations.

Al Qaeda, a sworn enemy of the Saudis and the Houthis alike, has profited from the chaos to seize territory around the eastern port of Mukalla. The Iraq-based Islamic State, another Sunni militant group which regards all Shi’ites as apostates, made its mark in Yemen with devastating suicide bombings in March.

If Yemen risks being sucked into the Sunni-Shi’ite, Saudi-Iranian rivalry already envenoming conflicts in Syria, Iraq, Lebanon and Bahrain, this runs counter to its traditions of tolerance and coexistence.

The Zaidi sect espoused by the Houthis is doctrinally closer to Sunni Islam than to the Shi’ism practised in Iran. Tehran certainly sides with the Houthis, but it has proven hard to substantiate Saudi assertions that it has showered them with military and financial assistance, still less the notion that they take Iranian orders.

The Yemeni opponents of the Houthis are mostly Sunnis, but many are fighting them not as Shi’ites, but as invaders of cities far outside their northern homelands.

With no clear endgame, the Saudis may have over-reached in Yemen, unforgiving territory for foreign intervention, as Britain and Egypt both discovered in the 1960s.

However the conflict plays out, more bloodshed and destruction are the last things Yemenis need as they struggle for survival in a land that has become a baleful shadow of the one that bewitched me 40 years ago.