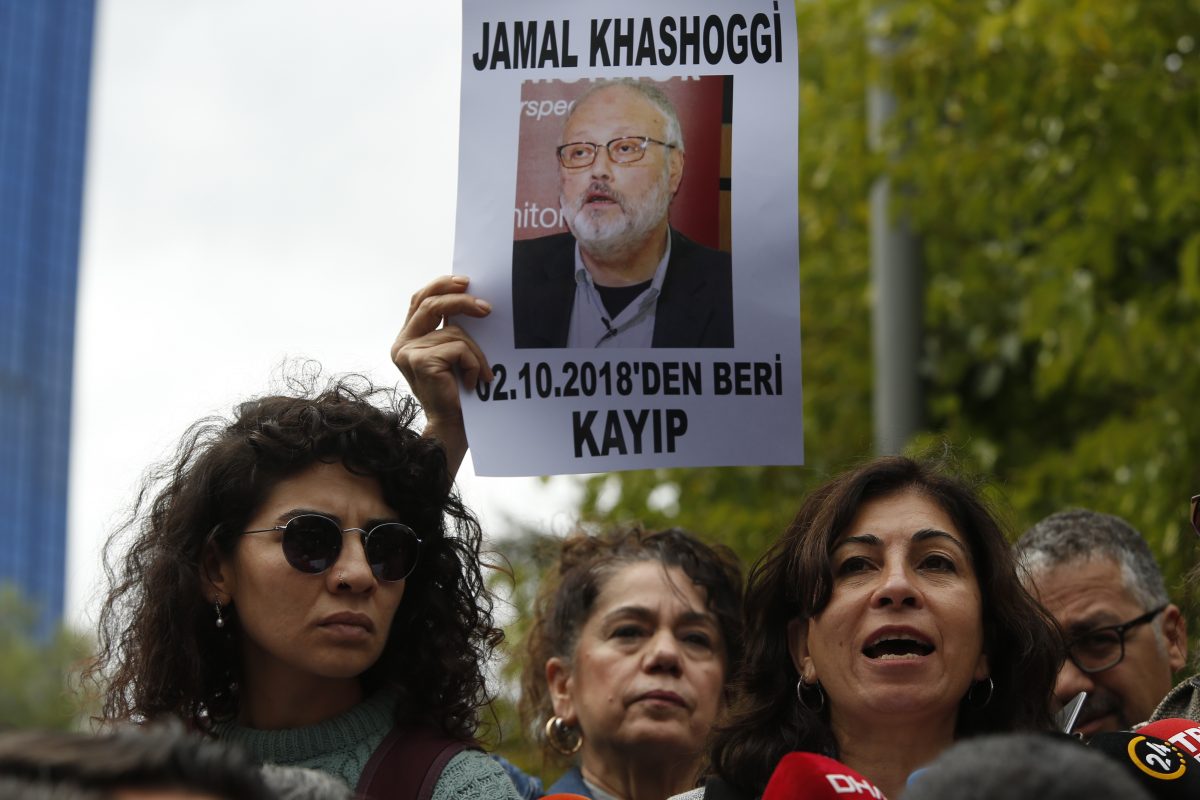 This is the second of two articles on the killing of Saudi dissident Jamal Khashoggi and the significance of his murder for the Middle East and for relations between Riyadh and the West. For Alistair Lyon’s article on how Khashoggi’s death creates dilemmas for the U.S., Turkey, Saudi Arabia and Europe, click here.

“Our foreign policy reflects who we are and promotes freedom as a matter of principle and interest. We seek to lead other nations by example in promoting just and effective governance based on the rule of law and respect for human rights. The United States will continue to support those around the world struggling for human dignity and liberty.”

So says the preface to the U.S. State Department’s latest report on the state of human rights around the world. It was published in April, covers 200 countries in extraordinary detail and is meant to provide guidance to policymakers on matters from aid and arms sales to asylum.

According to the human rights report, few countries are worse than Saudi Arabia.

To wit: “The most significant human rights issues (in Saudi Arabia) included unlawful killings, including execution for other than the most serious offenses and without requisite due process; torture; arbitrary arrest and detention, including of lawyers, human rights activists, and antigovernment reformists; political prisoners; arbitrary interference with privacy; restrictions on freedom of expression, including on the internet, and criminalization of libel; restrictions on freedoms of peaceful assembly, association, movement, and religion; citizens’ lack of ability and legal means to choose their government through free and fair elections; trafficking in persons; violence and official gender discrimination against women, although new women’s rights initiatives were announced; and criminalization of same sex sexual activity.”

How much is the United States doing to live up to its official promise of promoting freedom, the rule of law and respect for human rights?

This has been a topic for debate for decades, whenever lofty ideals collide with self-interest. The question arises again in the wake of the gruesome murder of a dissident U.S.-based Saudi journalist, Jamal Khashoggi, in Saudi Arabia’s consulate in Istanbul by Saudi government agents.

The way the U.S. and Saudi governments, allies of convenience for more than 80 years, have been handling the assassination brings to mind a bluntly-worded unofficial American foreign policy guideline attributed to former President Franklin Roosevelt, commenting on a corrupt, rights-trampling dictator, Nicaragua’s Anastasio Somoza.

Questioned by an aide on Somoza’s dismal record of repression, Roosevelt responded: “Yes, he may be a son of a bitch, but he’s our son of a bitch.”

Somoza continued to enjoy American backing because it was in Washington’s interest to have a non-Communist island of stability in Central America  during World War Two.

Which brings us to Mohammed bin Salman, the 33-year-old Saudi Crown Prince whose swift rise to near-absolute power has made him the linchpin of U.S. President Donald Trump’s Middle East policy.

Will he go down in history as a latter-day Somoza?

For those who have not followed the Khashoggi affair, here is a quick summary: He entered the Saudi consulate on October 2 to retrieve paperwork he needed to get married. For the next 17 days,  Saudi officials said he had left shortly later and they had no idea of his whereabouts.

Then, the Saudis said he had died in a brawl with agents, an unfortunate accident. Finally, three weeks after he went into the consulate, the Saudi prosecutor said he had received information from Turkey — a steady source of leaks with stomach-turning details about how Khashoggi died — indicating that the murder at the consulate was a premeditated action.

There was no word on who had done the planning or what happened to his body. A variety of reports said Khashoggi had been cut into pieces with a bone saw.

For Trump, money counts above all.

In Washington, congressional suspicion quickly fell on the Crown Prince, also known as MbS, as the one who had given the green light. “My sense is that he is behind it, “ said Senator Bob Corker, a Republican who chairs the Senate Foreign Relations Committee. Rand Paul, also a Republican senator, told a television interviewer that “it stretches credulity that the crown prince is not involved in this.”

MbS himself, sidestepping blame, termed the murder “a heinous crime that cannot be justified.” The Saudi government said it had arrested 18 suspects, and Washington said it had revoked the visas of 21 suspects.

Where does the affair go from here?

If history is a guide, the relationship between Riyadh and Washington will be back to business as usual within a few months.

The relationship survived two previous crises that were just as deep: the 1973 Saudi-led Arab oil embargo against the West and the September 11, 2001, attacks on New York and Washington that killed 3,000 people. Fifteen of the 19 hijackers involved in flying airliners into the World Trade Center and the Pentagon were Saudis.

Trump’s Secretary of State, Mike Pompeo, made clear it was unlikely that the murder of a journalist would affect the Saudi-U.S. relationship: “Our shared strategic interests with Saudi Arabia remain,” he told a news conference. At the top of those interests: hostility towards Iran and efforts to curb Tehran’s influence in the Middle East.

For Trump, the most transactional president in recent U.S. history, money counts above all.

As the State Department’s human rights report states:  “Our foreign policy reflects who we are.”