Russia has long treated relations with Kurds as a bargaining chip as it pursues broader objectives. Today in Syria, things are no different. 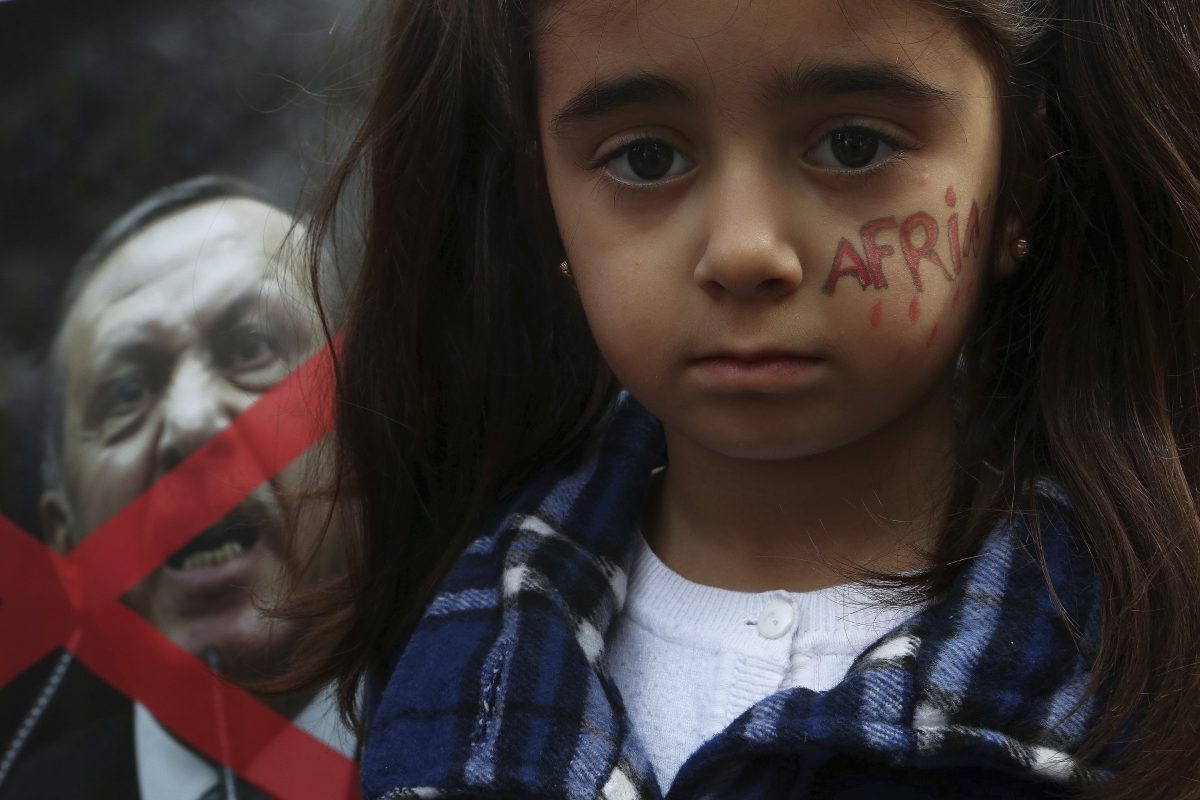 Once again, Russia has positioned itself to decide the fate of the Kurds, after Turkish President Recep Tayyip Erdogan halted his nation’s military operation in northern Syria following a meeting with Russian President Vladimir Putin.

And once again, Russia’s intervention seems unlikely to benefit the Kurds themselves.

In the United States, leaders of both major political parties have accused Trump of betraying Kurdish military forces, which had been key allies of U.S. forces stationed in Syria. Kurdish forces had been at the forefront of the fight against ISIS, the jihadist militant group that the U.S. military has targeted since 2014.

But the American-Kurdish  military partnership was always fragile.

First, since 2004 both the European Union and the United States have considered the Kurdistan Workers Party (PKK), one of the main political forces behind Kurdish militants in northern Syria, to be a terrorist organization.

A 2016 bombing in Turkey’s capital, Ankara, killed 37 and injured more than 100. A militant offshoot of the PKK said it carried out the attack, while Turkish authorities blamed the PKK itself.

For Russia, the Kurds are a bargaining chip.

Since the beginning of U.S. military operations against ISIS, some American lawmakers questioned the wisdom of the nation’s alliance with Kurds. Once Washington considered its fight against ISIS in Syria to be over, it was a matter of time before the United States sought an exit strategy.

Aware that their alliance with the United States was tenuous, Kurds started looking for a new protector before Trump announced the withdrawal of U.S. troops from northern Syria. Kurds turned to Russia in search of a partner, notwithstanding the view of some historians that the alliance could prove short-lived.

Historically, Russia has used Kurds as bargaining chips in relations with Turkey and Iran. During the Russo-Turkish wars of the 19th century, when Kurdish forces fought alongside Russians against Turks, the Russian Empire did not support Kurdish independence from the Ottomans.

After World War One and the Bolshevik revolution that overthrew the Czarist monarchy, the new Soviet government preferred to establish close relationships with the post-Ottoman Turkish republic rather than support the Kurds.

Russia is advancing its interests in Syria.

Moscow’s relationship with Iraq President Saddam Hussein followed a similar pattern. The Soviet Union stopped short of offering strong support to the Kurds, even after Hussein’s alleged chemical attacks on the Kurdish city of Halabja in 1988.

Most recently, in 2017, Russia, along with the United States and United Kingdom, urged the Kurdistan region in Iraq to reconsider or postpone a referendum on independence, signalling Moscow’s support for Iraq’s territorial integrity.

Finally, a military operation by Turkey last year against Syrian Kurds in Afrin would not have been possible without Russia’s tacit approval.

And so, the situation in northern Syria is another example of Russia playing the Kurdish card to advance its own interests.

If the ceasefire agreement between Erdogan and Putin in northern Syria holds, Russian troops will deploy as “peacekeepers” in the Kurdish enclaves. Part of the peacekeeping contingent will be state military under Syrian President Bashar al-Assad.

The Syrian leader and Moscow would thus gain control over northern Syria, dealing a blow to Kurds’ dreams of independence.

What, then, is Russia’s interest?

In years to come, when Syria’s civil war is over, al-Assad might see Russian protection as a political and economic liability. But Moscow, with control over Syria’s Kurdish region, will be well placed to command all-Assad’s loyalty.

In Syria, we are seeing a familiar play book: Moscow foments a frozen conflict situation, in which Russia-backed forces leverage instability inside another state with a view to maintaining a measure of control.

That has been a longstanding strategy of Putin and his predecessors in Pridnestrovye (Moldova), Nagorno Karabakh (Azerbaijan), South Ossetia (Georgia), Crimea and Donbass (Ukraine).

To learn more about the Kurds’ drive for independence, read our decoder on the Kurdish people.