Race relations in America: My baptism by fire

I waded into a raging debate over race relations in America. I emerged battered and bruised — and better able to understand different views. 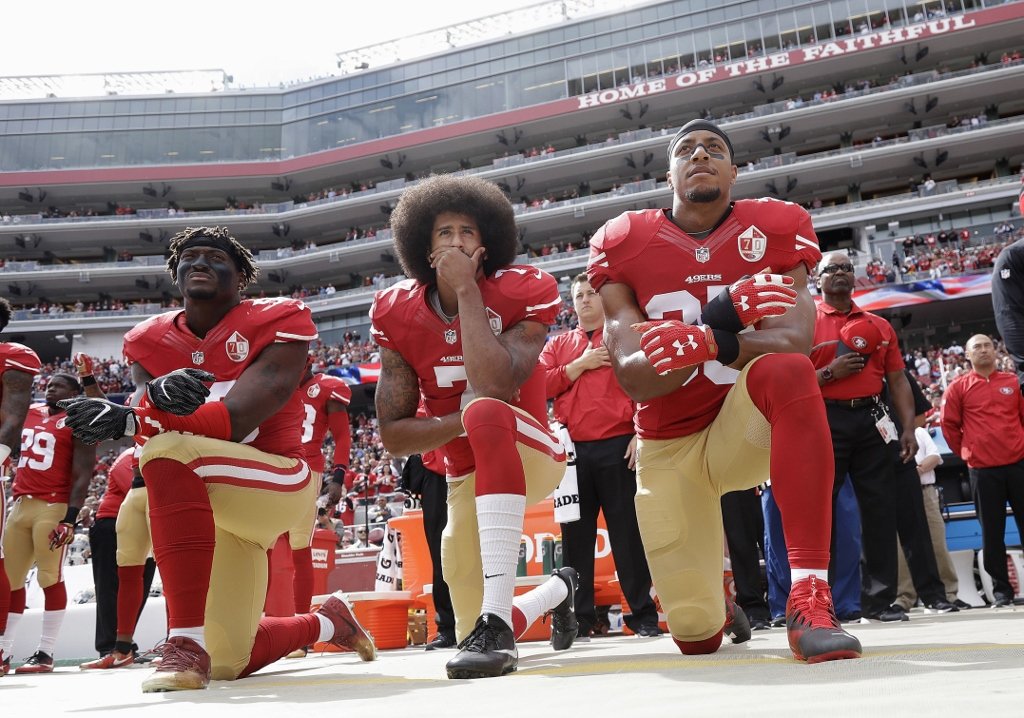 Here is an article by a U.S. college student about protests by professional football players against police brutality and more specifically about reaction to an article he wrote on the subject. The protests and the debate they have sparked touch on a number of major issues, including race relations in the United States and freedom of speech.

News-Decoder correspondent John Mehaffey wrote recently on this issue, and we would welcome others’ views.

In under five years, Colin Kaepernick has gone from being a key player on a successful U.S. professional football team to one of the most divisive figures in American politics.

Just over a year ago, he started protesting against the treatment of racial minorities in the United States by refusing to stand during the national anthem at the start of matches.

Since then, numerous players on several teams have followed in his footsteps and taken up the mantle of social justice.

The issue flew under the radar, largely unbeknownst except to the most ardent football fans, until President Donald Trump thrust it to the forefront of American politics. Even those who had never watched football are now taking sides over an issue that had been confined to the sports arena.

The act of kneeling instead of standing during the “Star Spangled Banner” has become an archetypal wedge issue. A recent poll found that 49 percent of Americans believe football players are wrong to express their political opinions during the anthem, while 43 percent say it is the right thing, with respondents deeply divided by political affiliation and race.

The backlash among students was swift.

Tactfully navigating an issue as divisive as this can be like wading through a minefield. As managing editor of my college’s daily newspaper, I tried to do so with an opinion piece entitled, “Kaepernick’s Well-Intentioned but Ineffectual Protest.”

In the piece, I acknowledged the reality of police brutality and said that those who seek to silence Kaepernick ought to be ashamed. One cannot favor freedom of expression — enshrined in the U.S. Constitution — while simultaneously seeking to silence disagreeable political opinions.

But after these qualifiers, I proceeded to take issue with the act of kneeling during the national anthem. It seemed to me that the gesture itself had become a divisive center of attention and no longer merely a symbolic protest against police brutality.

“It’s important to ask whether the national anthem is an appropriate venue for voicing one’s concerns,” I wrote. “While Kaepernick’s concerns are valid, his actions have been ineffective and counterproductive.”

The backlash among students was swift. Angry social media posts from people I had never met popped up accusing me of advancing White supremacy. I was shocked. How could people so quickly brand someone they didn’t know as anti-Black?

While the social media storm swirled, I sat down with different students and ended up issuing an apology. “I realize that I had failed to take into account the way Black students on this campus felt about Colin Kaepernick,” I wrote.

We must be willing to adjust our opinions.

The ordeal has taught me much. Tackling divisive social issues requires an understanding of different perspectives, especially when speaking from a position of power.

Because I am on the newspaper’s editorial board, many assumed the publication had endorsed my viewpoint and that it had failed to take into account the views and feelings of many of the college’s African-American students. These issues require sensitivity that I did not incorporate into my original article.

Still, I do not regret writing the article.

In an increasingly polarized world, reconciling seemingly contradictory positions can appear impossible. While kneeling during the national anthem is currently a hot-button social issue in America, there are others that are just as divisive on the global stage.

In Europe, it can seem an impossible task for nations to embrace multiculturalism while demanding that refugees accept traditional European values.

In the Middle East, it might appear unthinkable to find middle ground between religious conservatives and proponents of democracy.

Because the only way we can reach a consensus and move forward as a society is if we understand what the other side has to say and show a willingness to adjust our opinions when presented with evidence.

Siddharth Srivatsan is a second-year student at Swarthmore College in the United States from Ashburn, Virginia, with a primary academic interest in in Mathematics and Economics. He is the Editor-in-Chief of The Daily Gazette, Swarthmore’s daily online newspaper. In his free time, he enjoys hiking, playing the guitar and hosting a radio show.