What does it mean when protestors appropriate your symbols to further their national ends? How does it make you feel? 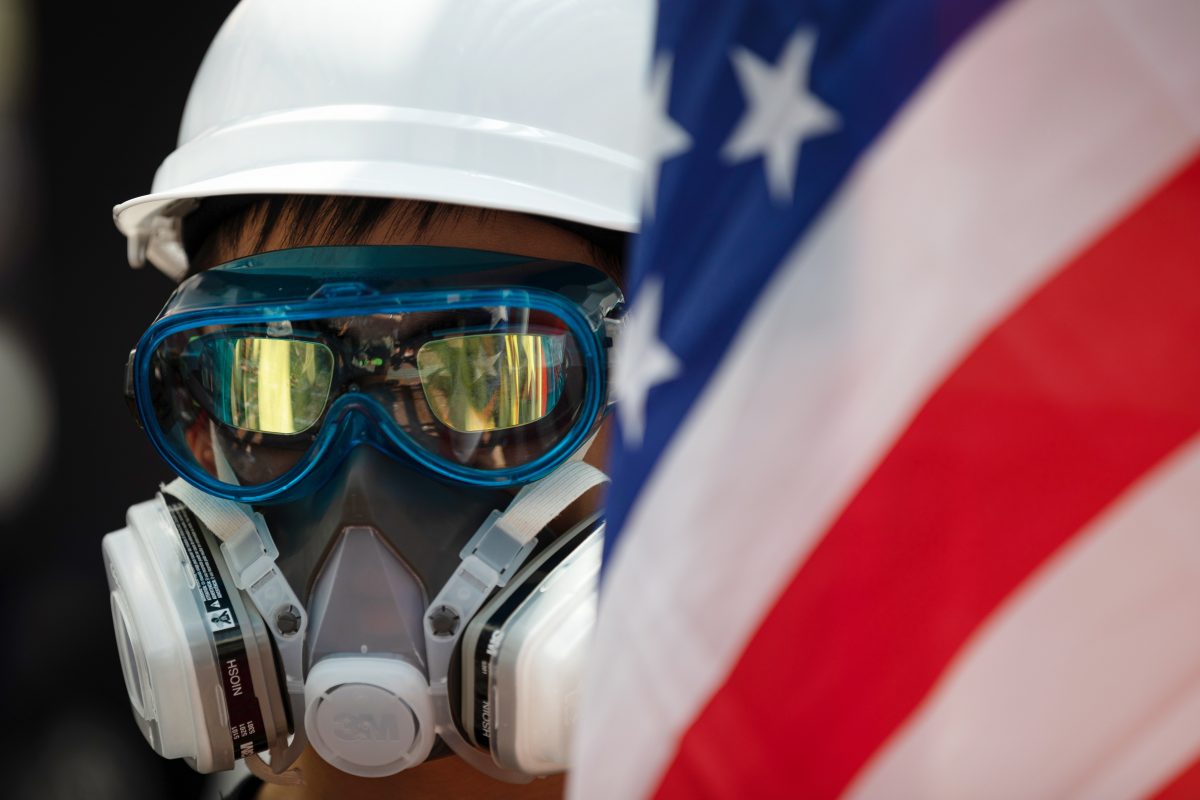 A protestor displays a U.S. flag during a demonstration in Hong Kong, China, 20 September 2019 (EPA-EFE/JEROME FAVRE)

What does it mean when protestors halfway around the world sing your national anthem? Or wave your flag? Or burn your flag? Or appropriate a symbol associated with your country — say, a statue of lady liberty? Or sing a song they declare to be their new anthem?

What do protestors mean by that? What are you supposed to feel? How should you actually react?

This summer’s demonstrations, protests and riots in Hong Kong have brought these questions to the forefront once again. In the battle for global attention, there’s no better way to grab a headline than to appeal to emotions and try to make a connection.

But how these efforts will be received thousands of miles away — positively, negatively or neutrally — have more to do with a country’s self-image and domestic issues than with any actual ties to the protestors borrowing the symbols.

Some demonstrators in the former British colony, now part of China, have marched to the British consulate in Hong Kong, holding the UK’s Union Jack flag and hoping that London will intervene with Beijing. Legislators in the UK, however, are weary from Britain’s long century of decolonialization and distracted with their own political turmoil over Brexit. They have been conspicuously muted in response.

Demonstrators composed their own anthem.

Angry protestors who burned and desecrated China’s five-starred red flag provoked the angry response from Beijing and Chinese citizens that they probably wanted.

The bitter fury from across the border helps harden the differences between the two, playing into the demonstrators’ view that Hong Kong must remain very separate from China. In both China and Hong Kong, desecration of the flag is a criminal offense, and a protestor as young as 13 has been arrested in Hong Kong, accused of setting the symbol alight.

The demonstrators have even composed and sung their own “anthem” in a fierce symbol of independence, since the establishment of an anthem is something usually done by a formal legal act, not in an eruption from the street.

The United States is one place where desecration of the national flag is considered protected speech and is not an offense. For many years, torching “Old Glory” has been a favored symbol at home and abroad to protest policies and actions of the U.S. government.

But in Hong Kong, the United States is seen as some kind of savior, not least because of Washington’s current hard line on Beijing on everything from trade to intellectual property rights and security, and some aspects of human rights.

To highlight this, some groups of Hong Kong demonstrators have repeatedly waved the red, white and blue stripes and stars of the United States and sung the American national anthem, causing U.S. senators and representatives to rush metaphorically to their symbolic side. Some protestors have carried signs begging President Donald Trump to “liberate Hong Kong.”

Congress has gone even further.

Trump, already deep in conflict with Beijing, has responded, saying at the United Nations:

“The world fully expects that the Chinese government will honor its binding treaty made with the British and registered with the United Nations in which China commits to protect Hong Kong’s freedom, legal system, and democratic ways of life.”

The U.S. Congress has gone even further and is poised to pass the “Hong Kong Human Rights and Democracy” act, which would require annual reviews of the Chinese territory’s special economic status and the imposition of sanctions on officials found to undermine its autonomy.

There is no question that Hong Kong is a special place.

It has a long history of being balanced between East and West, a center of major global financial and trading institutions and home to more than seven million people who are well-travelled, multicultural in their outlook and multilingual.

In pointedly choosing to use the potent symbols of the American flag and anthem, the protestors have guaranteed themselves media attention, congressional action and a presidential mention. That’s powerful. That’s the might of symbols.