Born in Morocco and living in France, Othmane Mechatte has “a multiple, intricate identity.” 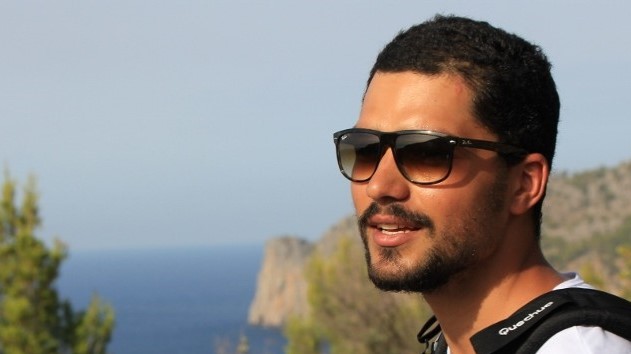 Currently reading: Logicomix, An Epic Search for Truth, by Apostolos Doxiadis, a graphic novel about the spiritual odyssey of philosopher Bertrand Russell.

Even though I’ve had the opportunity to travel abroad extensively, my greatest international experience by far was studying at the American University of Paris.

It offered me an incredible field for exploring the broadest spectrum of standpoints, attitudes, aspirations and mental maps and images.

I sometimes was surrounded by 20 people from 20 countries in my classroom. This immersion on a daily basis allowed me to feel personally connected with every single country that was represented.

There is much more in the world than I had even imagined. This experience brought me a sense of cultural humility and triggered an eagerness to know more about the world.

As a child, my curiosity was fed by the various national and international media I was exposed to. This created early in my life a serious interest for international affairs.

My passion for travel, which my father passed onto me, has greatly contributed, too.

I would always get mixed feelings as a teenager and as a child when crossing the Moroccan-Spanish land border to get to Europe.

This place encapsulates the North/South inequalities, contrasts, tensions and opportunities. It’s the best embodiment of international affairs to me.

I was raised in Casablanca, Morocco, a country at the intersection of many different, tangible and intangible, geographical and historical spaces.

As former King Hassan II of Morocco said: “Morocco is a tree whose roots lie in Africa but whose leaves breathe in European air.”

The attention of Moroccans is very much directed towards Europe, often but not always seen as an ideal model to be followed.

I was educated inside the French education system in Morocco, which helped to develop in me a strong sense of Western identity and a multiple, intricate identity.

What international issue is of greatest interest to you today?

Even though this is not an international issue, I have a passion for commercial aviation –technical issues, safety issues. I have read a significant amount of literature and acquired an undeniable knowledge in the field.

I have great interest in IT and new technologies. But technology is a double-edged sword: it is sometimes used against the interest of its user.

This is what triggered my interest in the study of law and technology. I wanted to explore technology from a legal perspective to better grasp the stakes at play and to prepare for a potential career in IT law.

I was born and raised in a Muslim country, and I have lived several years in Europe, so I have developed my own vision of the question of Islam, in France in particular.

The perception of Islam in Europe is a complex and multifaceted issue that is based partly but not only on perception and misunderstandings.

A country-by-country analysis is probably the most suitable approach to adopt especially because distinctions among Arab culture, Islamic religion, Islamist ideology and barbaric terrorism are not always clear in people’s minds.

I have written extensively on the issue of development growth and de-growth, Buddhist economics, global sufficiency and happiness during my masters studies at the London School of Economics.

“In the middle of every difficulty lies opportunity.” — Albert Einstein