On the front line of the migrant crisis

Last April, a fishing boat carrying 800 people capsized off the shores of Italy. Only 27 survived. It was one of the worst human tragedies in the Mediterranean, ever.

I had always wanted to cover the stories of people who left everything behind in the hope of a better future. The Mediterranean calamity acted as a trigger, and I decided to make the migrants’ struggle the core of my master’s final project.

That is how I landed in Morocco, alone with my camera, on hot spring day.

The idea was to spend 10 days in Rabat and Tangiers alongside Sub-Saharan migrants. I wanted to make a short film about their dreams and understand if they planned to reach Europe.

Morocco was not an obvious choice. It is not the country most affected by the migration crisis. But it has been at the front line of migration since it gained independence from France in 1956.

Taking up the challenge

For many years Morocco took a repressive approach towards migrants and refugees from Sub-Saharan Africa to stop them from entering Spanish territory.

Still, many migrants attempted the dangerous sea crossing to nearby Europe — just 15 kilometers (9 miles) across the Strait of Gibraltar. Others tried to enter the autonomous Spanish cities of Ceuta and Melilla, which are on the North African coast and share a border with Morocco. Huge, barbed-wire fences were built to deter those who dared to cross.

Many took up the challenge. Their technique was simple. Young men hid in the woods near the border. In large groups they sprinted to the fence, confusing the guards who could not hold back the surging crowd. Some managed to climb over, while some drowned after running into the sea to escape guards.

Because of the dangers in this kind of synchronized raid, fewer are choosing this route nowadays. Now migrants are more likely to pay smugglers to hide them in the trunks of their cars as they cross over the border.

I wanted to investigate how Morocco was responding to the Mediterranean migration crisis. I thought looking at the issue from the perspective of a non-European country, which had played an important role in curbing migration to Europe in the past decade, would help frame what is now a global debate.

Morocco was also a relatively safe country for a young female journalist working alone. This proved true to some extent, although cultural differences and women’s traditional roles in Moroccan society meant that I did not always have safe access to some places and people.

While in Morocco, I met people from very different backgrounds. Some were seeking a better economic situation; others were political refugees fleeing violence.

One of them in particular moved me — a young woman named Ayla. A refugee from Eritrea, she was trying to join her husband in Germany. She couldn’t speak French and refused to be interviewed in front of the camera. But she spent several hours sitting near me, watching me interact with others. She sat nervously, fidgeting on her chair, and her eyes often filled with tears. Even today I think of her and hope that wherever she is, she is safe.

After the Arab Spring erupted in 2011, Morocco began to shift its approach. To reduce the risk of large-scale unrest, the king introduced political reforms. Morocco eventually allowed clandestine migrants to obtain official visas allowing them to stay legally in the country. It was the first North African country to take this step.

I was surprised that most of the migrants did not want to go to Europe. They feared the long and dangerous journey and did not view Europe as a paradise.

Their real hope was to find a job in Morocco and to benefit from the new, more tolerant migration policy that the king put forward in 2014. Many of them were awarded official visas to stay in the country and urged other migrants to join them rather than try to reach Europe.

Since I made this film, the atmosphere of hope and openness has waned. Rising numbers of immigrants have been arriving in Morocco, forcing the government to tighten up. It has adopted a more forceful stance and expelled a number of migrants from their homes. With the migration crisis now making front pages, old tensions have returned to Morocco.

Every day, refugees flee conflicts and human rights abuses and risk their lives to reach a new homeland, often dying on the journey. The mass exodus we have seen this year may be the biggest since World War Two, but the movement of people towards new destinations is not new.

The real question today, still unanswered, is how countries, both developed and developing, will treat them once they arrive. 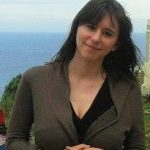 Léa Surugue is a recent graduate in Journalism and International Relations from Sciences Po in Paris and City University in London. Now splitting her time between Paris, London and Madrid, she is working as a freelance journalist, covering human rights, health and development policies, and European politics and economics. She is currently working on humanitarian topics for a French web-radio.