Can sport be an antidote to populism?

Soon, even breakdancing may be an Olympic sport. My reflections on how the inclusiveness of sport may help to counter rising populism. 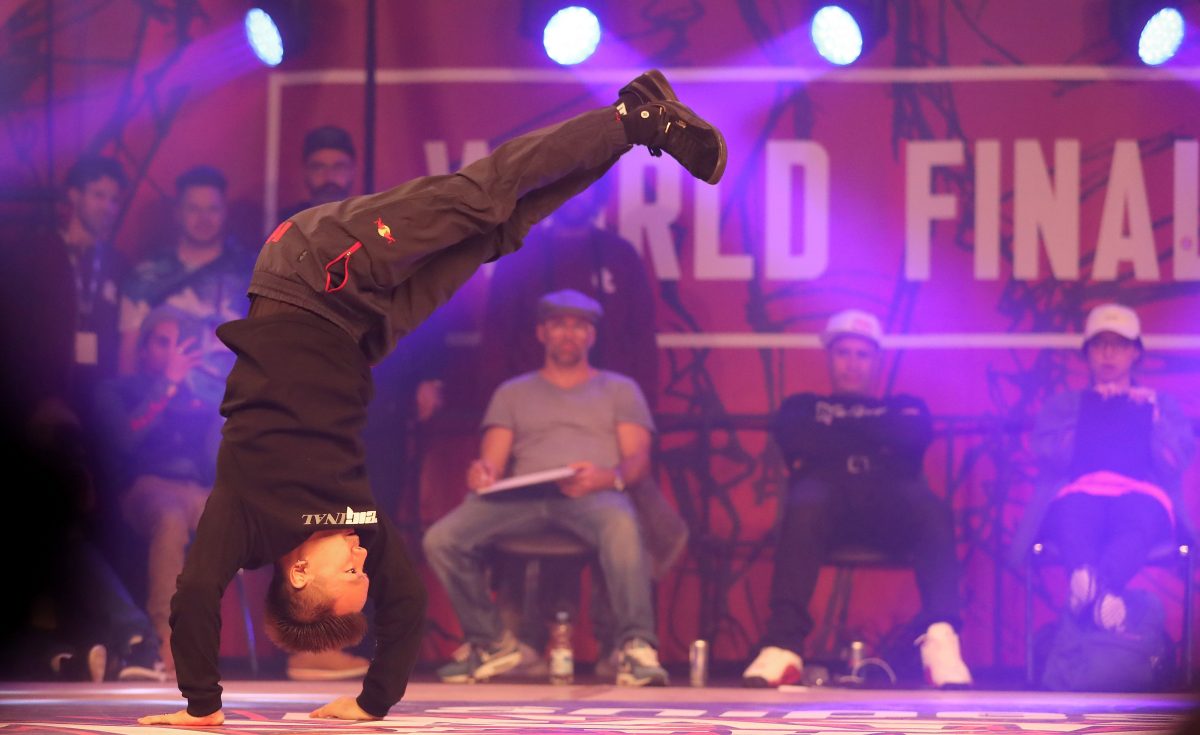 A member of Japanese team ‘The Flooriorz’ competes in a breakdancing match during the ‘Battle of the Year World Finale 2017’ in Germany, 21 October, 2017. (EPA-EFE/Friedemann Vogel)

Few people would regard the recent news that “breaking” — or breakdancing — has been proposed for inclusion in the 2024 Paris Summer Olympics as one of the more politically relevant events of the year.

But as a signal of sport’s potential to play a unifying role in a fractured world, the move may be more significant than it first appears.

The past decade has seen a rise in far-right populism that is often expressed in terms of hostility to other groups, including migrants, ethnic minorities, feminists and the LGBT community. Populism, which is based on a fear of “the other,” typically promotes exclusion of those who do not fit familiar moulds.

By contrast, sport has shown itself to be a powerful force for inclusion. It offers all participants the opportunity to compete on equal terms, regardless of their gender, ethnic origin, religion or sexual orientation.

The most inclusive sporting event in history

The founders of the modern Olympics would hardly have imagined incorporating anything like breaking — a recreation started by street kids in New York’s Bronx district in the late 1960s — into their programme for their first Games in 1896. Nor would they have considered surfing, climbing or skateboarding, which all make their Olympic debuts in Tokyo next year.

But back then, only 245 athletes, all men, from 14 nations took part at the inaugural modern Games in Athens. The 43 events included oddities such as the one-handed weightlifting contest as well as now-iconic events like the 100 metres sprint and the marathon.

By comparison, the Tokyo Olympics will have a record 339 events in 33 sports. According to International Olympic Committee President Thomas Bach, this expansion is aimed at making the Games more youthful and urban while increasing the number of female participants. More than 200 nations are expected to compete in what should rank as the most inclusive sporting event in history.

The Olympics has made a mark on global politics.

Evidently, the Olympics has come a long way since 1896, when its rules allowed only amateurs to compete. These regulations lasted for the better part of a century and left the Games open to criticism that it favoured society’s elite: the “gentleman” athlete who did not have to earn his living through sport.

On many occasions, the Olympics have also made a mark on global politics.

Perhaps most notably, at the 1936 Berlin Olympics Hitler’s plans to use the Games as a propaganda instrument to promote Aryan supremacy foundered when Jesse Owens, an American black athlete, took all the plaudits for winning an unprecedented four gold medals in the 100 and 200 metres, the sprint relay and long jump.

Or one can think as well of the 1968 Mexico Games. There, the prevailing memory is of the black-gloved salute from the podium of 200-metres medallists Tommie Smith and John Carlos, who were protesting against black poverty in the United States.

Smith and Carlos were expelled from the Games, but their action — widely lauded in later years — drew global attention to the iniquities of racial discrimination.

Rivalry without rancour is possible.

My own personal conversion to the theory that sport can unite people and races and help overcome international barriers occurred at the first of the 17 Olympics I covered as a journalist: the 1984 Winter Games in Sarajevo.

Assigned to find stories in the Olympic Village, I — a then cynical young journalist — watched athletes from different countries mingling happily together in a shared joy of sporting endeavour. It was precisely what modern Olympic founder Pierre de Coubertin had envisaged with his ideal of “increasing friendly understanding among nations for the good of humanity.”

I have witnessed this rivalry without rancour among competitors at major events many times since. It is what makes sport so important to humanity.

Sadly, ideals are not sacrosanct in the Olympics or anywhere else.

The mountains of money poured into sport in more recent times have led to corruption, greed, doping and other forms of cheating, tarnishing too much of what it has touched. Countries seeking international prestige — notably Greece and Brazil in the last 15 years — have spent vast sums they could ill afford to stage mammoth sports events that have left them laden with debt.

Nor do the heroic performances of inspirational athletes always succeed in permanently altering hearts and minds.

One of my greatest sporting thrills was watching Mo Farah win the 5,000 metres at the 2012 London Olympics. This brilliant runner, who had come to Britain as a child refugee from Somalia, electrified the audience in the Olympic Stadium. The crowd cheered him on with a cacophony of noise I had never heard before as he earned his second gold medal of the Games for Britain.

Farah became a national hero and went on to achieve the same double gold medal feat at the Rio Games four years later. He ultimately received a knighthood.

Yet, when it voted for Brexit in 2016, the United Kingdom set itself on a path that could exclude future Mo Farahs. The decision to leave the European Union was motivated in large part by a desire to severely limit immigration.