The fire at Notre-Dame cathedral moved citizens in France. But an outpouring of donations to fund its reconstruction has stirred controversy. 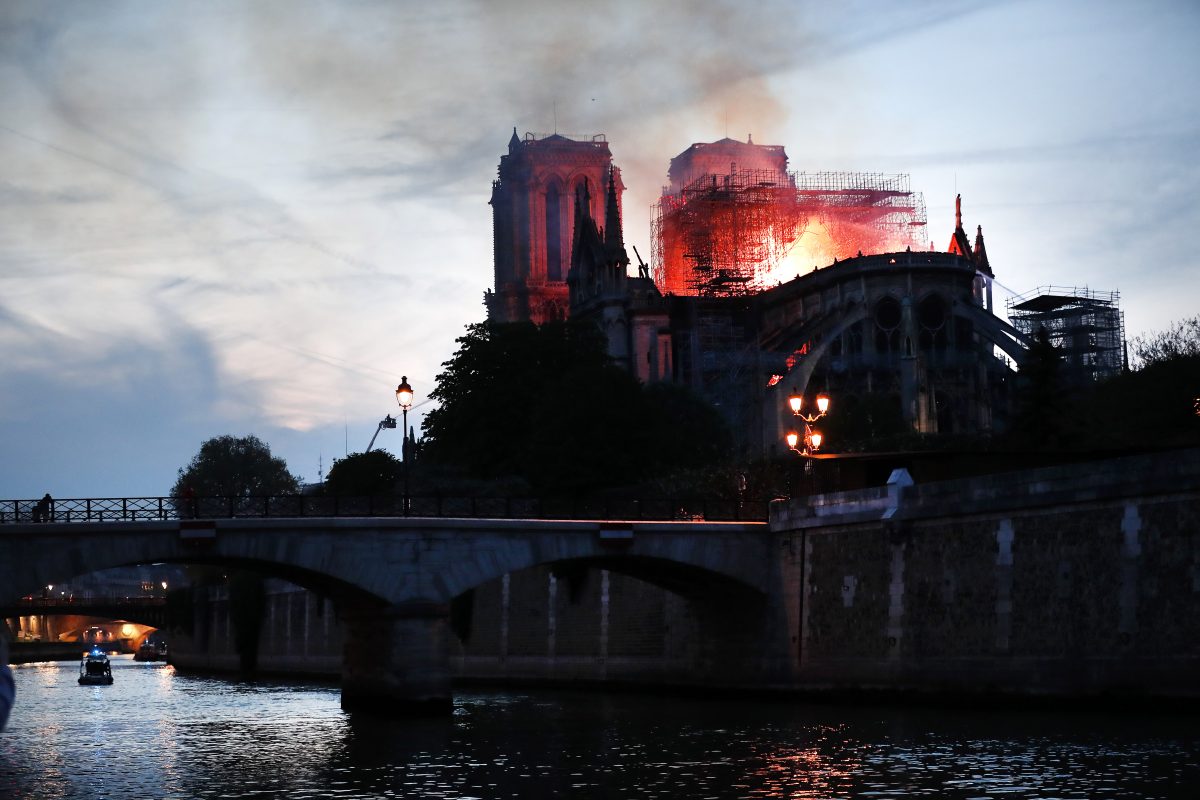 I was meeting my parents at a restaurant near the Champs-Elysées Avenue last Monday when I saw it: a huge and endless mass of gray smoke billowing into the blue sky.

“What on earth is happening?” I thought.

Minutes later, it was horrifyingly clear: one of the oldest and most famous symbols of Paris was aflame. Firefighters were battling to prevent Notre-Dame — “Our Lady” — from turning to ash.

Parisians near and far watched images of the flames rising from the cathedral’s roof. I could not help wondering about the potentially enormous consequences: the loss of beauty, architecture and a famed figure in French history.

Even some of the youngest French turned to this national topic after hearing adults talk about it and seeing virtually non-stop images on television and computer screens.

“Mom, do you know Our Lady of Paris is dead?” my six-year-old brother, crestfallen, asked my mother two days after the incident.

For the French, Notre-Dame is far more than a Catholic cathedral.

Built over two centuries starting in 1160, the vast structure has been the site of seminal celebrations including General Charles de Gaulle’s triumphant procession from the Arc de Triomphe to Notre-Dame in 1944 to mark the liberation of Paris from Nazi German rule.

Victims of the 2015 terrorist attacks were honoured there. It is the centerpiece of Victor Hugo’s novel Notre-Dame de Paris.

A day after the fire, the overall spirit was to protect these historic memories. There was a surge in sales of Hugo’s classic — prophetic given that he wrote about Notre-Dame in flames.

For us French, Hugo’s book is like a cake recipe from our childhood — part of our identity and a catalyst in the 19th century for Notre-Dame’s rebirth.

Hugo’s drama distressed the French and prompted a national movement to restore the cathedral, which after the Revolution had fallen into disrepair. Later editions of the book included drawings depicting Notre-Dame in its splendor as well as the tragic tale of Esmeralda and Quasimodo.

Many French publishing houses gave the novel away for free or sold it for next to nothing so readers could rediscover the monument and its history.

Even as Notre-Dame burned, donations flooded in to support reconstruction costs. Some of France’s wealthiest families offered large sums.

The staggering sums triggered conflicting reactions: supporters of the arts applauded while others asked why the many millions could not have served needy humans instead.

I wonder if the different viewpoints don’t to some extent reflect two different demographics: adults and youth.

For many adults, Notre-Dame’s partial destruction represents a loss of culture and history. The cathedral is part of many citizens’ personal stories: home to intimate prayers, weddings, kids’ baptisms.

These French welcomed the donations as the promise of a new beginning and a connecting of the future and the past.

For us youth, the paramount cause is climate change.

Many young were angry that so much money could be earmarked for an aesthetic cause while so many people are homeless and poor. I was touched by this outpouring of social solidarity.

My generation has to fight its own battles, and our battles extend beyond the usual economic, social and political challenges. For my generation, the paramount focus is climate change.

In France and Europe, we youth recently organized a march for climate change that involved close to 40,000 teenagers. We recognize that huge sums must be raised to stop global warming, and we have seen how difficult it is for governments and environmental groups to raise the necessary funds.

The enormous sums raised so quickly and effortlessly for Notre-Dame seem an ironic twist of fate. For many of us youth, it showed that money can emerge from nowhere, just as long as the conditions are ripe.

Emma Lorenceau is from Levallois-Perret, Paris, France. She discovered her passion for writing at Labo des Histoires (the Lab of Stories), a youth writing and tutoring center in France. Lorenceau is a delegate of the International Congress of Youth Voices. Lorenceau says she wants her writing to be a call to arms for peers to create a world of justice and equality for all.