North Korea’s nuclear program is one of the world’s most intractable security issues. China and the U.S. view the menace through very different lenses. 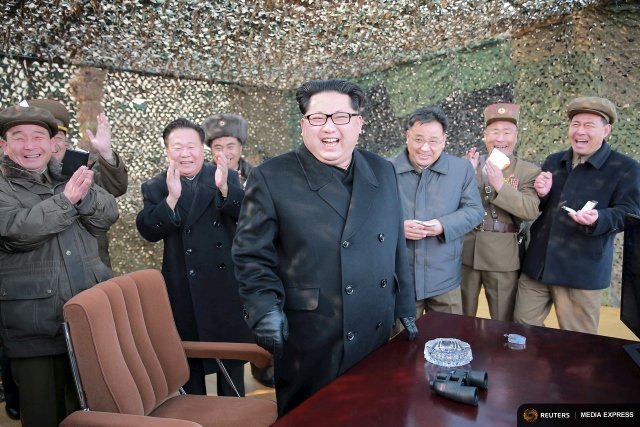 North Korea’s nuclear program is one of the world’s most intractable issues and a threat to regional and even global peace. It also highlights contrasting perspectives dividing China on the one hand, and the United States and its allies on the other.

Both Beijing and the Washington oppose Pyongyang’s development of nuclear weapons, and they both criticized North Korea after it carried out its fifth nuclear test on September 9. But their policies towards North Korea are not perfectly aligned because they are shaped by different historical experiences, security concerns, diplomatic imperatives, geography and self-interest.

Below, two News-Decoder correspondents with experience in Asia — Jim Wolf and Jonathan Thatcher — discuss the key considerations in Beijing, Washington and Seoul as policymakers grapple with North Korea’s continued defiance of international sanctions and diplomatic opprobrium.

“China wants above all to avoid a chaotic collapse of North Korea.”

A rising China has balanced its opposition to North Korea’s nuclear ambitions with a desire to guard against the chaos that would follow a collapse of its reclusive neighbor, a buffer state with U.S.-allied South Korea.

As the North’s largest provider of food, fuel and industrial machinery, China is widely considered the country most capable of influencing Pyongyang.

China said it was “resolutely” opposed to North Korea’s latest nuclear test — the fifth in a series begun in 2006, second this year and largest to date — and urged Pyongyang to halt any actions that would worsen the situation.

Pyongyang’s sole major ally is sticking to a goal of denuclearizing the Korean peninsula via a stalled process called the Six Party Talks. Launched in 2003, the initiative is aimed at ending the nuclear program through negotiations involving China, which has hosted the talks and chaired them; the United States; North and South Korea; Japan; and Russia.

For its part, the North wants a nonaggression security pledge from the United States, which deploys some 28,500 troops in South Korea and maintains a heavy naval presence in the Pacific. Pyongyang also wants normalized ties with Washington, a peace treaty for the 1950-1953 Korean War that ended only with a truce and economic aid from other Six Party countries.

“North Korea lives in the space created by geostrategic distrust.”

A Chinese imperative is to avoid destabilizing the North under the leadership of Kim Jong-un for fear of a power vacuum, waves of North Korean refugees streaming into China’s northeast and the emergence of a potentially reunified Korean peninsula allied with the United States.

China “believes that an approach that addresses all parties’ security concerns and leads to enduring peace and stability of the Peninsula must be found through dialogue,” the foreign ministry said after North Korea’s recent nuclear test.

Factoring in Beijing’s stance, Pyongyang may be betting that the world ultimately will recognize it as a nuclear weapons state rather than tighten the screws enough to force it to end its drive for nuclear arms.

“In so doing, North Korea lives in the space created by geostrategic distrust between China and the United States and continues to take for granted China’s commitment to stability over denuclearization,” Scott Snyder, director of a program on U.S.-Korea policy at the independent Council on Foreign Relations in New York, wrote earlier this month.

A U.S. strategic rebalance toward the Asia-Pacific announced in late 2011 is part of the backdrop of Sino-U.S. mutual mistrust. The rebalance was designed partly to reassure Asian states concerned about the regional implications of China’s growing military clout.

Chinese officials, for their part, have repeatedly questioned whether the so-called U.S. pivot is in fact intended to “contain” China, a notion the United States denies.

Beijing maintains that sanctions alone will not solve the problem.

North Korea also may be emboldened in its nuclear quest by Sino-U.S. tensions over the South China Sea.

New strains have flowed from a U.S.-South Korea alliance announcement in July of plans to deploy a powerful anti-missile defense system to South Korea, officially in response to Pyongyang’s growing nuclear and missile programs.

Beijing, concerned that the U.S.-built Terminal High-Altitude Air Defense (THAAD) capabilities could be used to neutralize any Chinese missile launches, deems it a threat to the global security balance that could spark an arms race.

After North Korea’s latest nuclear test, China blamed the United States for the North’s fresh defiance of global efforts to curb its dash for a nuclear strike capability.

“The core of the issue is the conflict between the DPRK and the U.S.,” a Chinese Foreign Ministry spokeswoman said on Sept. 12. DPRK is short for Democratic People’s Republic of Korea, the North’s official name.

With an international push picking up steam for stepped-up UN Security Council sanctions against the renegade arms effort, Beijing, a permanent member of the Security Council, maintains that sanctions alone will not solve the problem.

South Korea between a rock and a hard place

South Korea is in the unenviable position of being the most immediately at threat from North Korea’s growing military prowess but with few means at its disposal to bring its prickly neighbor to heel.

In the late 1990s it did try a soft approach, what it called the “sunshine policy,” offering its impoverished neighbor a share in the South’s industrial wealth in exchange for an end to hostilities. The policy’s successes were modest and it has long been discarded. 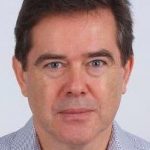 After this month’s fifth, and most powerful, nuclear test by the North, South Korea’s current conservative leader Park Geun-hye is pushing harder in the opposite direction: squeeze Pyongyang’s already sanction-bound economy even tighter so that its leadership under Kim Jong-un is forced to come to heel or face collapse.

For some, that is wishful thinking given the North’s already proven ability to survive years of international sanctions, in large part through support from China. Beijing has no interest in a collapse of North Korea that would leave a vacuum that might end up being filled by the United States with its large military bases in South Korea and Japan.

Park, who is now facing dissent from within her own party, has also agreed to the U.S. deployment of a missile interceptor system, in the process upsetting China which believes it is the real target of the American system. And that is a worry for South Korea, which sees China as essential for its own economy to prosper and has been trying to improve relations.

It gives President Park scant room to maneuver and risks her being seen as a South Korean leader who has heightened tension on the Korean peninsula.

Jim Wolf was a correspondent for AP-Dow Jones, AFP, Jane’s Defence Weekly and Reuters for nearly 40 years, based in New York, Paris, Bangkok and Washington. He was Reuters’s defense technology correspondent from 2001 to 2013. Wolf is now teaching at the Shanghai International Studies University.