North Korea is the world’s most dangerous flash point. If the U.S. faces an existential threat, will Donald Trump reach for military options? 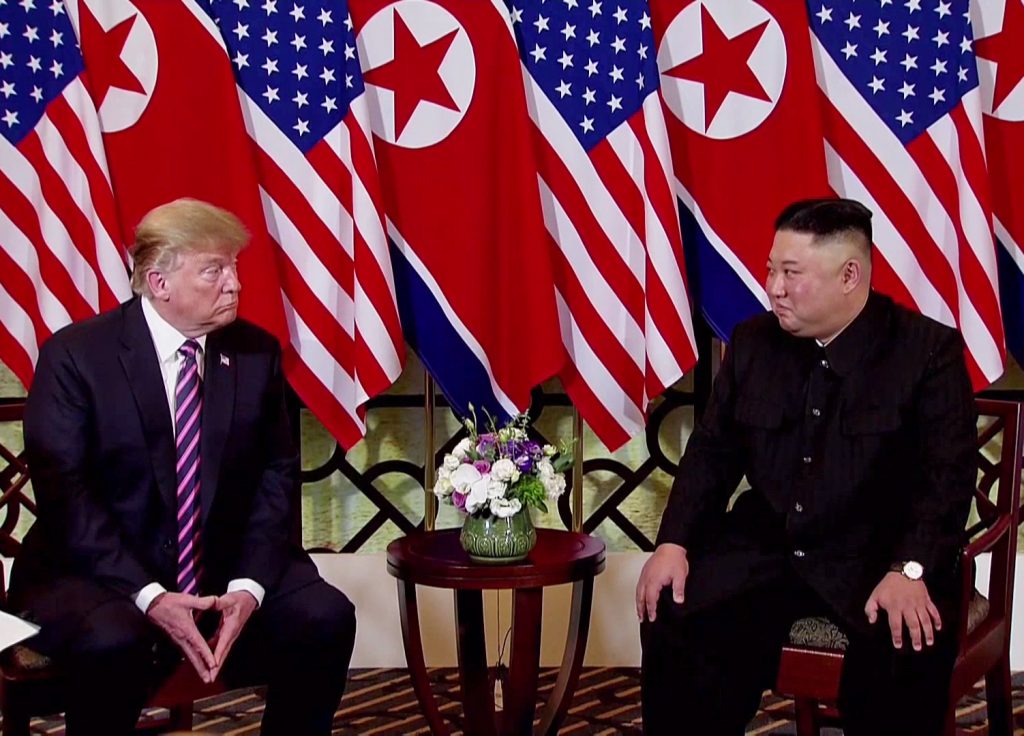 For background, read our decoder on the Koreas.

Whenever tensions ratchet up over North Korea, a trusty media staple is the story about how jaded South Koreans are shrugging their shoulders and going about their daily lives in the shadow of their militaristic, nuclear-capable neighbor.

This time, though, there are genuine reasons for worry. A period of status quo and inaction over the world’s most dangerous flash point is coming to a close, raising the prospect of renewed pressure on Pyongyang either from tougher sanctions or even military action.

One reason is the election of an unpredictable U.S. president who has threatened a hard line on Pyongyang without formulating a clear strategy or consistent message on how Washington intends to handle North Korea, an intractable problem whose solution has eluded the past three U.S. administrations.

A hundred days into U.S. President Donald Trump’s tenure, the issue is topping the foreign policy agenda of an administration that remains worryingly short on expertise and leadership as hundreds of political appointee positions remain empty.

The other reason is America’s dawning realization, in the face of North Korean leader Kim Jong Un’s rapid recent progress in missile and nuclear technology, that it could face an existential threat from an intercontinental missile within a just a few years.

Hawaii and West coast cities like Los Angeles are beginning to grapple with a worry that South Koreans and Japanese have been living with for decades.

Military conflict could kill hundreds of thousands of Koreans.

The stakes are enormous in a region characterized by mutual mistrust between major powers and which lacks the multilateral security institutions of a North Atlantic Treaty Organization or a European Union.

Even a limited military conflict could kill hundreds of thousands of Koreans, risk drawing China and Japan into a wider war, and send the world economy into a great depression.

The past weeks have seen a flurry of activity and mixed messages from the Trump administration that have thrown its regional allies South Korea and Japan, and strategic rival China, off balance.

After warning North Korea that Washington’s policy of “strategic patience” was at an end and sending a carrier battle group to the region, the administration softened its tone last week, stressing the role of tighter sanctions and an openness to negotiations.

Then Trump said in an interview on Thursday that he couldn’t rule out a “major, major” conflict with North Korea, and cast doubt on the prospects of successful diplomacy and Chinese cooperation.

The heightened sense of crisis has again exposed sharp differences in how the major players in the drama approach the North Korean conundrum, and which will continue to hamper efforts at forming a united front.

The South Korean view of the North is nuanced.

The dominant U.S. view of Kim Jong Un, and before him his father Kim Jong-il, is as an unhinged despot who is spoiling for a fight and who could well launch a first, albeit suicidal, strike on the United States or its allies.

China, which the Trump administration has recognized as crucial to any peaceful solution, has been steadily losing patience with Pyongyang, but its strategic priority remains avoiding instability along its border that could result from a conflict or a North Korean economic collapse.

So its steps to rein in Pyongyang have been inconsistent. Trump has made much of China’s move to stop accepting coal shipments from the North after he met President Xi Jinping in April, but it remains to be seen if that is much more than a symbolic slap on the wrist. China’s overall trade with the North remains robust, growing by more than a third in the first three months of 2017 over the previous year.

The flip side of greater U.S. cooperation with China is that it could alienate treaty allies Japan and South Korea, who were seriously unnerved by candidate Trump’s threats to scale back U.S. defense commitments to them.

The South Korean view of the North is nuanced, with disapproval of the regime’s actions balanced by sympathy for its oppressed population and an overriding desire to avoid a spark that could plunge the peninsula back into civil war.

The risk is that Trump will reach for military options.

That ambiguity seems likely to be reflected in the May 9 presidential election, whose result could be a setback for Trump’s plans. Neither of the two leading candidates appear likely to be as tough on North Korea as the outgoing Conservative Party leaders.

Moon Jae-in, a liberal candidate who leads polls, has pledged to review South Korea’s decision to host the U.S. THAAD anti-missile defense system that was installed last week amid protests by local residents. China vehemently opposes THAAD as a threat to its own security.

Japan is also considering installing THAAD and is steadily unshackling its military from constitutional binds to strengthen cooperation with its U.S. ally and deter North Korean aggression.

But such moves are inevitably viewed by China through the prism of Japan’s Second World War aggression as well as recent tensions between the two over disputed islands.

The optimistic scenario is that the urgency of the situation and unthinkable consequences of war will push all the players to put aside longer-term strategic concerns and make concessions they have previously rejected.

But if the familiar obstacles slow or block those efforts, the risk is that Trump will reach for military options in response to a North Korean provocation to show the greater resolve on foreign threats he has promised.

Stuart Grudgings reported from dozens of countries in a 19-year career with Reuters, including assignments in Japan, the Philippines, Brazil, Malaysia and the United States. In Brazil, he covered the country’s economic and diplomatic rise under President Lula, drug wars in Rio de Janeiro and environmental threats to the Amazon forest. As Malaysia bureau chief, he contributed to an award-winning series of stories on the plight of Myanmar’s Rohingya Muslims. Most recently, he was a senior editor in Washington.