No quick victory over ISIS in Syria, Iraq

Can increased air strikes by a U.S.-led coalition and a few hundred special forces bring the Islamic State into submission in Syria and Iraq?

Can a growing international military coalition, with U.S., British, French and other warplanes now crowding the skies over Syria and Iraq, finally bomb the Islamic State into submission?

Will a few hundred American and other Special Forces troops now moving into Iraq and Syria in the days ahead make a difference in prospects for a quick victory against a dug-in Islamic State foe that is pounding at the gates of Europe and the United States with bloody, terrifying results?

Despite the recent emergence of some cracks in the Islamic State’s oil-soaked finances and its battlefield strongholds, military analysts and Western leaders agree much more is needed — from draining the hard-line group’s massive bank accounts to reaching an elusive agreement with Russia and Iran for their ally, Syrian President Bashar al-Assad, to exit his war-ravaged country.

Thousands of air strikes and now increasing shipments of arms to Kurds and other groups battling the Islamic State — also known as ISIS, ISIL and Daesh — have failed to dislodge ISIS from its strongholds in Syria and Iraq, where it has proclaimed a caliphate to rule over all Muslims, and appear to have emboldened the group’s attacks against “soft” targets in the West.

Air strikes by laser-guided bombs must be almost overly cautious.

A Pakistani-born woman and her American husband stormed a gathering of civil servants in San Bernardino, California, last week, opening fire with assault rifles and killing 14 people. They died in a shootout with police two hours later. ISIS, which claimed direct responsibility for earlier attacks in Paris that killed 130 people and the bombing of a Russian airliner over Egypt, said the killers in California were “followers”.

The key problem with achieving victory from the air, even with the aid of elite Special Forces advisers and spotters on the ground, is that pinpoint airstrikes by laser-guided bombs must be almost overly cautious. Bombing cannot be assured of sparing innocent civilians on the ground in areas such as the ISIS Syrian stronghold of Raqqa.

The United States and its allies, using F-16, F-18, European Tornado and other jets, have been accused of killing noncombatants. Russia has faced similar charges in its own bombing raids and strikes by attack helicopters chiefly against opponents of Assad in Syria.

A growing but minimal use of Western Special Forces troops to help pinpoint battlefield targets, and the introduction of almost-antique U.S. A-10 ground attack jets to the fight, will help. The A-10, in which the pilot sits in a virtual titanium bathtub for protection during low-level attacks, can shred tank armor with its 20-mm cannon. British missiles now entering the battle are also very effective against moving targets.

NATO-member Turkey, meanwhile, is moving to tighten its border with Syria, used by ISIS to import thousands of fighters from around the world and transport captured oil from Syria, a major source of funding for the Islamic State.

There is little stomach to commit ground troops.

Russia, in heated exchanges with Ankara, has accused Turkish President Tayyip Erdogan and his family of profiting from those oil sales. Erdogan has dismissed the claims.

Further complicating matters, Moscow and Ankara are in a bitter war of words after Turkish fighter jets shot down a Russian warplane near the Syrian-Turkish border.

While the attacks in the West have cemented the resolve of some lawmakers, including French President François Hollande, there is little stomach in the White House or among European allies to commit thousands of ground troops to the fight.

Germany’s Parliament voted last week to send some air-support personnel to the region but did not commit military aircraft. Canada’s new liberal government is pulling its attack jets from the area as it realigns budget priorities at home.

Meanwhile, Russia, angry at Turkey over the downing of its SU-24 attack jet, says it has deployed the Russian S-400 missile defense system in Syria near Turkey. That system, with pinpoint radars and large launch tubes, is one of the world’s most sophisticated and can track and shoot down warplanes more than 200 miles away.

The presence of such a weapon, which Moscow says is to protect its bases and aircraft, will almost certainly give Washington and its allies pause in any push to declare a no-fly zone over parts of Syria to protect Assad’s opponents on the ground. 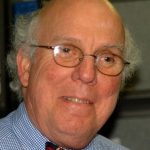 Charles Aldinger has worked for four decades as a journalist, culminating with 23 covering the Pentagon, U.S. military affairs and international conflict and weaponry for Reuters. He reported from more than 60 countries traveling with U.S. defense secretaries. His UPI and Reuters experience included postings in Buenos Aires and Hong Kong. He reported on 1960s racial strife in the United States, revolutions, hurricanes, earthquakes, the U.S. Supreme Court and U.S. Congress.