‘News’ is never perfect. But it is necessary in democracies.

How we perceive events like the war in Ukraine depends on our news sources. While never perfect, news media perform invaluable services. 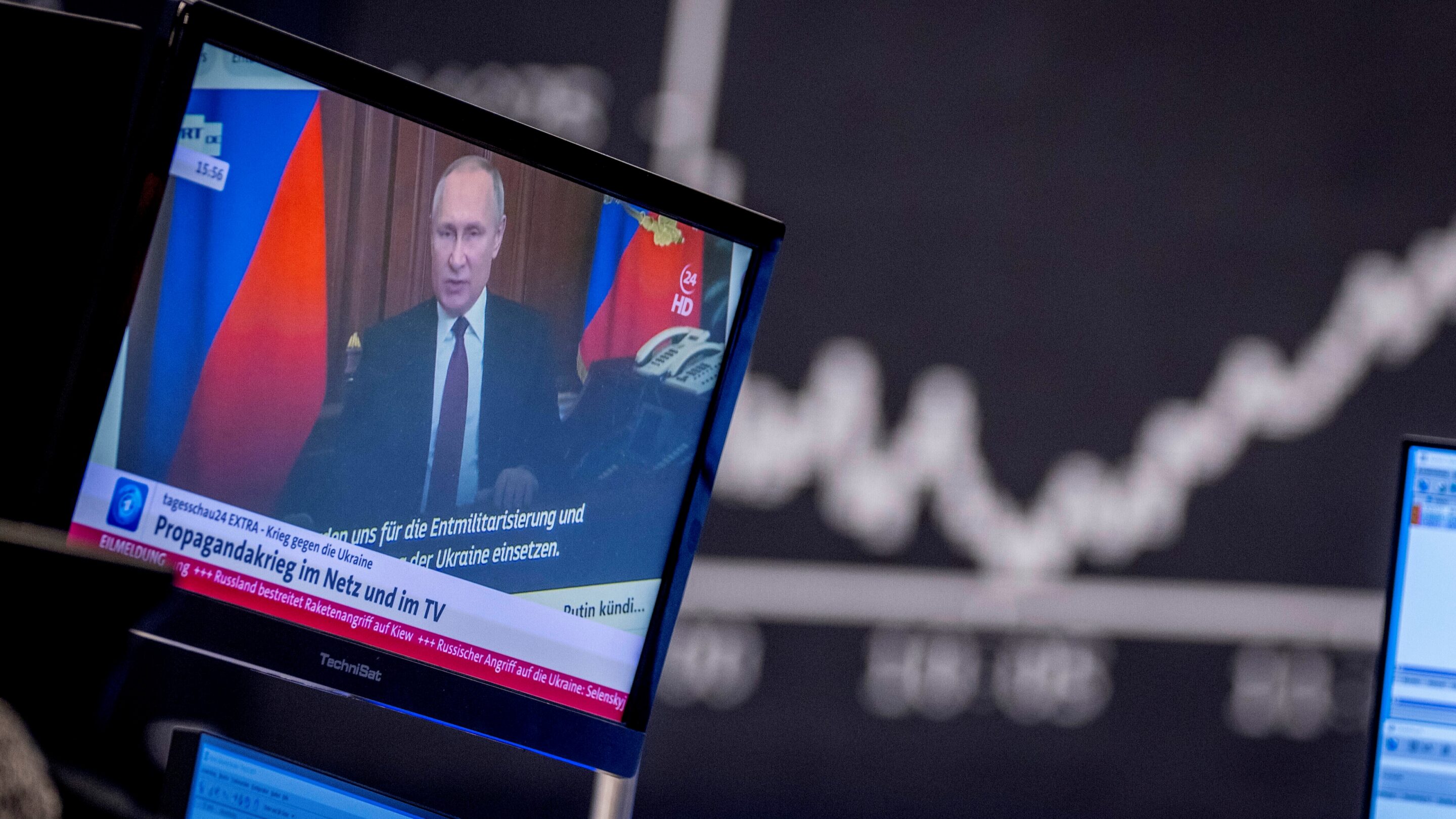 Russian President Vladimir Putin appears on a television screen at the stock market in Frankfurt, Germany, 25 February 2022. Analysts who monitor propaganda and disinformation said they saw a sharp increase in online activity linked to the Russian state before its forces invaded Ukraine. (AP Photo/Michael Probst)

Who is winning in Ukraine? Who has right on their side?

Our answers to these questions will depend on what we’ve been reading, hearing and seeing. In other words, on the various ways in which we pick up “news.”

If we see only Russian state media, we will have one set of views. If we get our news from Western newspapers and television, we will have another.

Yet there is, in fact, only one series of events happening on the ground in Ukraine.

The truth is wrapped in the chaos typical of a war of close combat. It is open to being reported, distorted, interpreted, spun or suppressed in many ways. If we are seriously trying to understand what is going on, how are we to gather and interpret the facts? How do we decode the news?

News channels have changed, but the messages remain similar.

An exhibition at the British Library in London this summer, Breaking the News, reveals the eternal nature of these questions. It uses examples from the Library’s collection of more than 170 million historical items to chart the evolution of news media and their impact over more than 500 years.

An illustration from the 1640s shows people gossiping “at the childbed, at the church, at the market, at the hothouse (bath-house or perhaps brothel), at the conditte (getting water), washers at the river, at the bakehouse, at the alehouse.”

Since then, we have progressed through coffee houses, newsletters, pamphlets, newspapers, news agencies, newsreels, radio, television to the internet and social media. Not forgetting songs, art and other means of communication.

The channels along which news travels may have evolved, but the messages and the emotions they stir remain strikingly similar. War, naturally, is a dominant theme.

A pamphlet and a ballad reported an English victory over the Scots in 1513. The earliest surviving issue of an English newspaper, from 24 September 1621, reported the latest from abroad in the Thirty Years War. Domestic news was censored.

War reporting is celebrated. We have seen the work of many brave correspondents since war erupted in Ukraine. They can influence events.

Media coverage can distort the picture.

In August 1939, Clare Hollingworth wrote an eyewitness “scoop” in the Daily Telegraph newspaper on the massing of hundreds of German tanks on the Polish border. “Everywhere I saw signs of the most intense military activity,” she wrote.

An emotional television news clip from 2012 featured Marie Colvin describing the death of a baby from relentless shelling by government forces in Homs, Syria. The following day, Colvin herself was killed.

War coverage can rile leaders. In 1914, early in World War One, Winston Churchill, then First Lord of the Admiralty, castigated the media baron Lord Northcliffe about a report of losses on the battlefield: “I never saw such panic-stricken stuff written by any war correspondent before.”

Press coverage can distort the picture. In 1915, an official British report, falsely detailing alleged German atrocities, was given wide coverage by British and American newspapers and influenced popular thinking about Germany for years to come.

Rhetoric can sometimes be mistaken for fact.

So how are we to get an accurate picture? According to the British Library’s curators, “It’s easy to trust news that supports our existing world view.” If this is not challenged, “news bubbles are created where opinion and rhetoric can sometimes be mistaken for fact.” And this takes us to the modern world of fake news and social media.

The exhibition points out that both the English civil wars of the 1640s and recent debates about Brexit – Britain’s departure from the European Union – occurred “at times when new types of media were emerging and old models of control collapsed, resulting in division and chaos.” The same could be said about the rise of Donald Trump.

In the 17th century, it was newspapers. In the 21st, social media. Thus, the evolution of media technology might influence events.

But again, the exhibition offers reminders of the durability of messages. An issue of the Blackshirt, a fascist newspaper, from 1936 quoted a speech by Oswald Mosley, leader of the British Union of Fascists: “Britain belongs to Britons and we are going to see that we get it back again.” Exactly the same sentiments as were expressed – with heavy use of social media – by the Brexiteers and Trump.

The answers to my original questions about Ukraine are never going to be easy to discern. Daily news coverage by Western media can lead us to reasonable judgments, which we might define as judgments based on more than one credible news outlet, backed by eye-witness reporting and film, photographs and maps.

Using such a guideline, we can note, for example, that Russian forces were pushed back from Kyiv and that Moscow’s war aims have been scaled back, at least for now.

But we need to be cautious about premature conclusions. The war will go on, and the underlying issues will persist for even longer.

Nor is it surprising that this is difficult. There is much that even the most experienced and impartial journalists cannot see, because it is too dangerous or inaccessible, or deliberately hidden from view. Historians, too, will argue about what happened and how to interpret it.

Still, the news media perform invaluable services. They inform and entertain us. They tell us things we didn’t know and widen our horizons. They offer examples to emulate and to shun. They capture essential elements of the world around us. And they reflect societies back to themselves.

For example, a scandal in the 1960s brought together British preoccupations with class division, salaciousness and Cold War espionage. Christine Keeler, a 19-year-old model, had an affair with John Profumo, a married government minister, and also with a Soviet agent. Profumo resigned in the ensuing media storm. Keeler became, for a short while, both an iconic celebrity and a target for the establishment. She went to prison for perjury.

Years later, as the exhibition at the British Library notes, she reflected to the Observer newspaper: “I took on the sins of everybody, of a generation, really.”

Today, accusations of sin and expressions of hate are freely distributed to a global market every day. When it comes down to it, how do social media differ from picking up our news at a 17th-century market or alehouse?

We will continue to trust some people and not others, and our choices may be instinctive rather than logical. 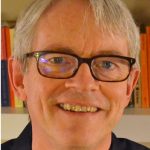 Alexander Nicoll is a writer on defence and European issues. From 2003 to 2015, he was on the staff of the International Institute for Strategic Studies, where he was editor of the London think tank’s annual review of international affairs. Previously he spent 18 years as a reporter and editor at the Financial Times, including as defence correspondent from 1997 to 2002. He began his career at Reuters as a correspondent in Hong Kong, Paris, Tehran and New York.