Yemen is the poorest Arab nation, caught in the world’s worst humanitarian disaster. But can UN-brokered talks in Sweden stave off mass starvation? 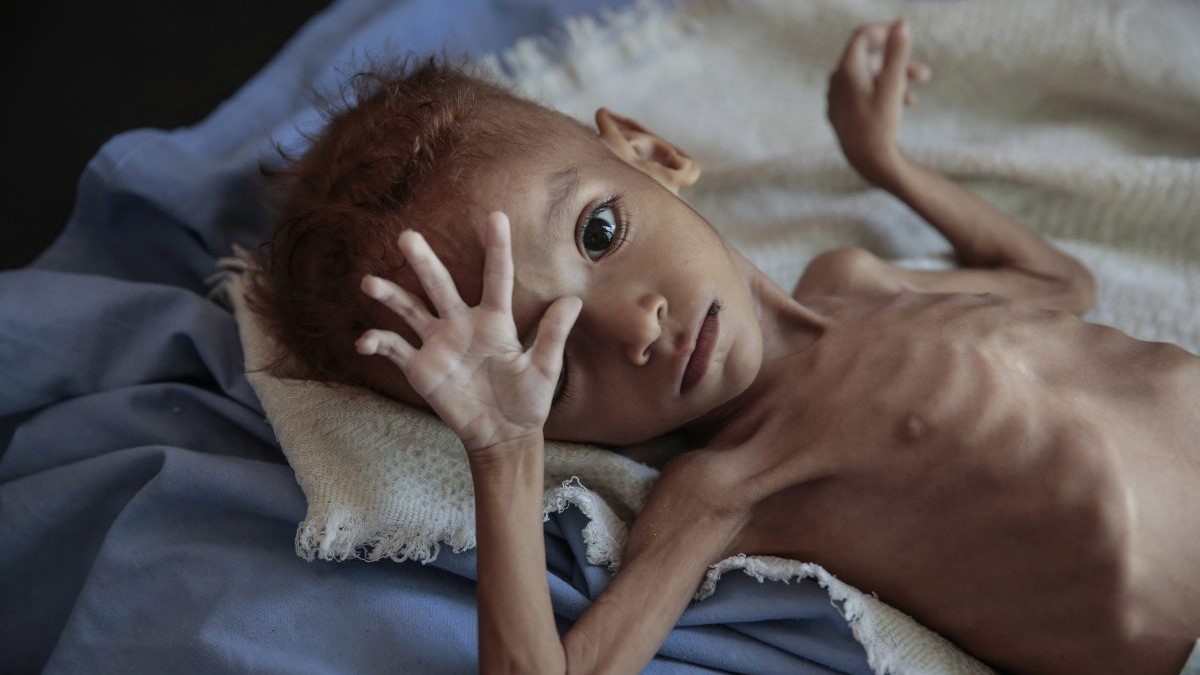 United Nations-brokered talks involving Yemeni combatants offer a rare chance to brake the country’s slide into an apocalyptic war-induced famine, but peace is not around the corner.

If the talks in Sweden fail, as did the last serious negotiating round in Kuwait in 2016, the consequences, such as a full-scale assault on the Houthi-held Red Sea port of Hodeida, could be dire.

The two warring parties at the table have agreed on prisoner exchanges but remain so far apart on most issues that any deal to calm fighting in Hodeida, which handles 70 percent of Yemen’s food and commercial imports, or to reopen Sanaa airport would be seen as significant successes.

Yemen was prey to internal conflicts of mind-numbing complexity even before Saudi Arabia, the United Arab Emirates and other Arab countries plunged into its civil war in March 2015.

Their intervention, backed by the United States and other Western powers, has thrown the country into the front line of a regional power struggle pitting Saudi Arabia and its allies against Iran.

Riyadh’s war aim was to restore the Yemeni president and defeat the Houthi Shi’ite rebels who had driven him from the capital Sanaa. But nearly four years later, the Houthis, seen by the Saudis as a Hezbollah-like proxy for Tehran, still hold Sanaa and much of the north.

President Abd-Rabbu Hadi, who lives mostly in Riyadh, owes his office to his Saudi patrons. They installed him in 2012 under a Gulf Arab initiative to end turmoil in Yemen following a popular revolt that exploded the previous year as uprisings swept the Arab world.

The Saudi-brokered deal, endorsed by the United Nations, removed the former president peacefully but failed to meet demands for accountability and an end to corruption, let alone democracy – a dirty word to the Saudi ruling clan and other Arab autocrats.

Yemen has since fragmented further into myriad fiefdoms and armed factions, which are mostly unrepresented in the current UN talks. Southern nationalists in particular will demand a say in any overall settlement.

The Yemen-based Al-Qaeda in the Arabian Peninsula (AQAP) has thrived in the chaos, exploiting anger over civilian casualties from U.S. drone strikes, enlisting in the motley coalition of anti-Houthi forces, providing basic services in territory it controls and gaining new resources from bank robberies and oil smuggling. It now has an estimated 6,000-7,000 militants, up from a few hundred in 2010.

The emergence of a stronger AQAP, a group sworn to destroy the Saudi monarchy, may go down as one of the many unforeseen consequences of MBS’s Yemen adventure.

The crown prince, once hailed as a reformer, has gained global notoriety for the hit-squad murder in October of one of his critics, Saudi journalist Jamal Khashoggi, in the Saudi consulate in Istanbul.

The assassination galvanised international revulsion against the Saudi leader and raised awareness of the catastrophic impact on Yemen of his bombing campaign and a Saudi-led air and sea blockade.

Until then, the world had perversely ignored the suffering of vast numbers of Yemenis. Nearly 16 million people, more than half the population, are now grappling with “severe acute food insecurity,” according to a UN survey, while 22.2 million need humanitarian assistance.

Despite the urgency of mitigating their plight, the talks that began in a Swedish castle last week, billed as preliminary consultations, may not even discuss an overall ceasefire.

MBS has indicated no readiness to accept that his Yemen war has turned into a quagmire, despite the often indiscriminate carnage wreaked by his Western-supplied air force.

U.S. President Donald Trump, who shares the Saudi-Israeli obsession with Iran as the root of evil in the Middle East, is standing by MBS despite pressure in the Senate to hold him to account for Khashoggi’s murder and for alleged war crimes in Yemen. Rights groups say the Houthis may also have committed war crimes and other abuses.

Trump does not want Iran to profit from any cooling of U.S. ties with Riyadh, nor can he countenance sacrificing weapons sales to the kingdom, one of the world’s top arms importers.

Britain and France have refused to emulate some European states that recently suspended arms exports to the Saudis – who will ignore such wrist-slaps as long as they have Trump’s support.

The leading Western powers have been complicit in the Yemen war – initially because they wanted to assuage Saudi wrath over the 2015 international nuclear deal with Iran and now for commercial reasons that appear to outweigh any moral or humanitarian concerns.

The crown prince’s arbitrary behaviour at home and abroad has made it hard for Washington and its allies to sustain their old case that Saudi Arabia promotes moderation and stability in the region.

Apart from the Yemen debacle and Khashoggi’s murder, MBS’s record includes holding Lebanon’s prime minister hostage for two weeks and waging a damaging feud with Qatar, as well as locking up “corrupt” Saudi businessmen and princes in a Riyadh hotel and extorting their assets.

As for Iran, it has scant incentive to try to restrain the Houthis, who have tormented its Saudi and Emirati adversaries at very little cost to itself.

And without serious outside pressure on the rebels or their Saudi-backed foes, UN diplomats in Sweden will struggle to achieve even their limited aim of staving off a UAE-led assault on Hodeida, where thousands of civilians are trapped.

The Houthis have offered to turn the vital port over to UN control but have not said whether they will leave the city.

They demand an end to the Saudi-led coalition’s blockade that has restricted access to food, although they have also used hunger as a weapon in their siege of the central city of Taiz.

The Saudi-backed government insists that the Houthis lay down their arms and surrender all the territory they have captured, while the rebels want a strong stake in a new interim power-sharing government before considering any withdrawals or disarmament.

The United Nations is asking for $4 billion to fund Yemen relief efforts next year.

But if diplomacy fails, the war goes on and the world stands by, not even this may be enough to keep mass starvation at bay.