Decoder: A key to understanding Russian suspicions of West

The Soviet Union and its allies opposed the West for 36 years. After the Iron Curtain fell, NATO expanded, deepening Russian-Western tensions. 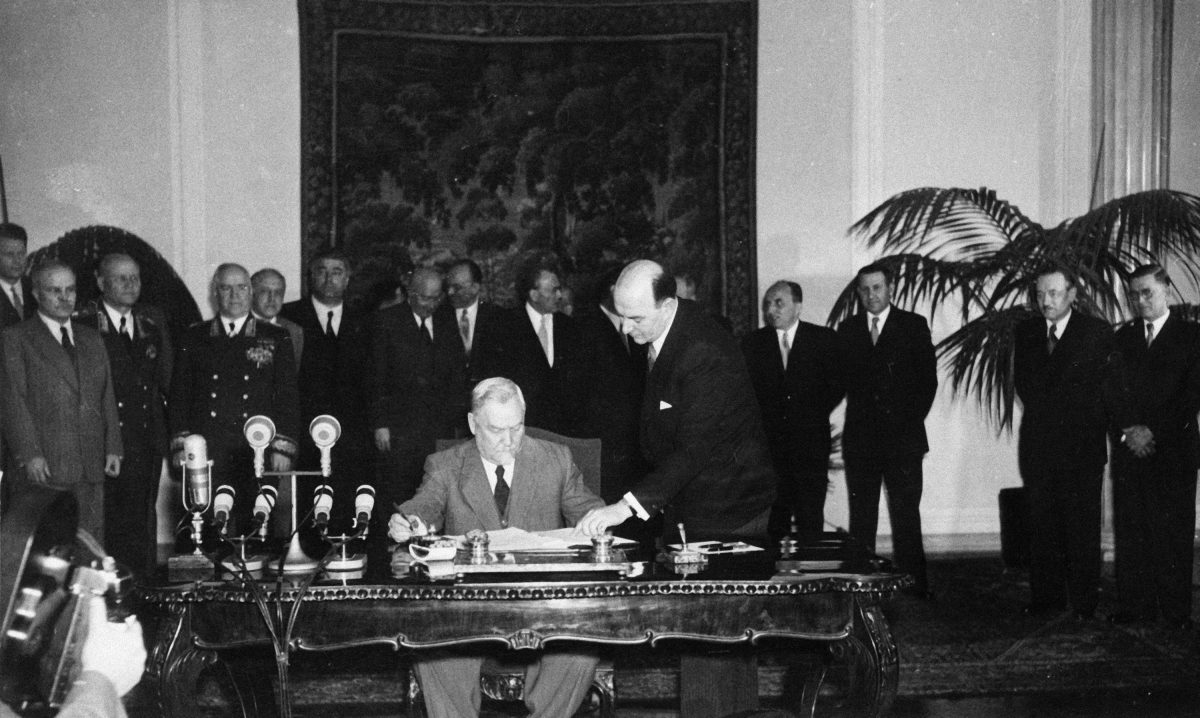 The North Atlantic Treaty Organization (NATO) turned 70 in April. The anniversary prompted a flood of stories that all but ignored the defense alliance’s adversary and counterweight in the Cold War: the Warsaw Pact.

The Warsaw Pact was disbanded in 1991 while NATO kept growing. This fact is key to understanding Russian suspicions of the West.

NATO grew from its original 12 members to 29 today. To hear Russian president Vladimir Putin and other Russian officials tell it, NATO’s relentless expansion is evidence of broken promises by the United States and its western allies. It’s an assertion that has poisoned Moscow-Washington relations for years.

To place the NATO anniversary into historical context, here is a brief stroll down memory lane.

Some historians date the unofficial beginning of the Cold War to a 1946 speech by Winston Churchill, who complained that “from Stettin in the Baltic to Trieste in the Adriatic, an iron curtain has descended across the (European) Continent.” Countries behind that curtain, he said, were subject to increasing control by Moscow.

To counter the growing Soviet influence, the United States, Canada and 10 European countries (Britain, Belgium, Denmark, France, Iceland, Italy, Luxembourg, the Netherlands, Norway and Portugal) set up NATO, a military alliance with a founding document that included a clause (Article 5) stipulating that an attack on one member would be considered an attack on all.

The two alliances were roughly equal in strength.

The Soviet leadership saw NATO as a tool to weaken the Soviet Union. But it took Moscow six years to set up a collective defense organization of its own to counter the weight of NATO.

What hastened the formation of the Warsaw Pact was the entry of West Germany into NATO in 1955, just four days after the United States, France and Britain formally ended their military occupation of the country. West Germany’s entry came with a promise to build up a strong conventional army and add muscle to NATO.

At their height, the two alliances were estimated to be roughly equal in strength — with the Warsaw Pact fielding 3.6 million troops in and around Europe and NATO 3.7 million. The military balance was one of the reasons why the Cold War stayed cold.

Another: leaders on both sides of the ideological divide were aware of the doctrine of Mutually Assured Destruction (MAD), which says that full-scale nuclear war ends in the destruction of both the attacker and the defender.

Did the West promise not to expand NATO?

The Warsaw Pact served as a multinational fig leaf for decisions taken in Moscow to crush the anti-Communist uprising in Hungary in 1956 and the Prague Spring in 1968. Three years later, the mere threat of Warsaw Pact military intervention emboldened the hard-line Communist leadership of Poland to impose martial law and snuff out the Solidarity mass movement.

At the time, it was difficult to imagine that the iron curtain Churchill complained about would be ripped open before the end of the decade. That happened on November 9, 1989, when crowds of Germans wielding sledgehammers and pickaxes began dismantling the wall that had divided capitalist West Berlin and Communist East Berlin for 28 years.

The wall’s fall, broadcast around the world, was the most spectacular of a chain of subsequent events preceding the collapse of Communist regimes elsewhere in Europe, the end of the Warsaw Pact and the dissolution of the Soviet Union, which splintered into 15 republics.

The biggest state, internationally recognized as the successor of the Soviet Union, is the Russian Federation, now led by Putin.

The destruction of the wall was followed by weeks of negotiations between American, Soviet and West German leaders over the withdrawal of Soviet troops from East Germany, a prerequisite for reunification and the newly-united country’s entry into NATO.

The exact details of the deal that prompted the Soviets to pull more than 300,000 troops and 4,200 tanks out of East Germany are still a matter of controversy.

On one side are experts and historians who insist that the Western parties promised not to expand NATO beyond a reunified Germany. Those who subscribe to this “broken promise” version of history include Russian president Vladimir Putin.

The other side of the argument: there have never been written and legally binding commitments not to expand NATO.

With both the Soviet Union and the Warsaw Pact gone, there were questions about the future of NATO, whose prime function had been to defend Western Europe against the countries in this alliance. There were calls for NATO to disband, with suggestions to replace it with a United Nations force or a new multinational organization.

That did not happen. Instead, in the 28 years since the demise of the Warsaw Pact, NATO has admitted 13 countries that once belonged to the Soviet bloc, including five of the Pact’s original members.

Seen from Moscow, the relentless expansion of NATO is aimed at isolating Russia and encroaching on its sphere of influence. But Russian hostility poses little threat to NATO.

Perversely, the greatest threat to NATO’s continued existence comes from the United States, the country that drove its formation and makes up its biggest part, by far.

U.S. President Donald Trump has described NATO as “obsolete.” In talks with close aides, he has repeatedly raised the possibility of pulling the United States out of NATO, according to the New York Times. That would spell the end of NATO.

But how serious Trump is about destroying the alliance is a matter of conjecture.