While racial and religious tensions have risen in Britain after the Brexit vote, Muslim players are quietly breaking down barriers in English cricket. 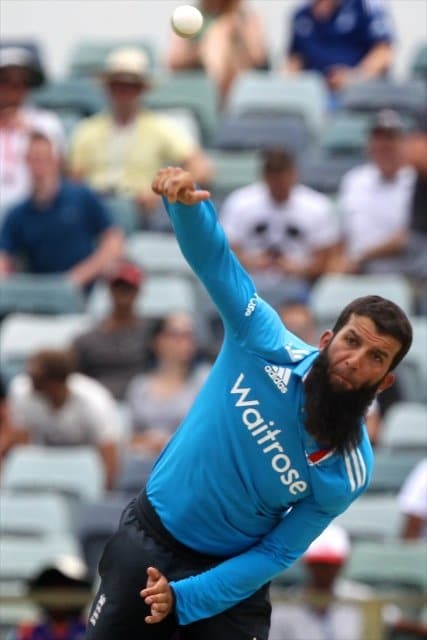 In many ways it’s been a dismaying year in Britain: racial and religious hate crimes have escalated since voters chose in June to leave the European Union.

But one remarkable and encouraging statistic has gone largely unnoticed outside the sports pages.

For the first time, England’s cricket team took the field this month with four Muslims among the eleven players. The event was the first “test” — as top-level international matches are called — in a series against India.

One of the Muslims is Haseeb Hameed, whose father, Ismail, immigrated to Britain from India in 1969. Earlier this month, Ismail watched his son make his international cricket debut from the stands in the family’s ancestral state of Gujarat in western India.

The others are Moeen Ali, Adil Rashid and Zafar Ansari, who completed a master’s degree on the American civil rights movement after scoring top grades in politics and sociology at prestigious Cambridge University.

Rashid is only the second Asian player to represent Yorkshire, the most successful of England’s county, or regional, sides from which the test team is picked, although his town of Bradford has a flourishing local league based on immigrants from the Indian sub-continent.

It was only in the 1980s that a black cricketer first played for England.

Like many international sports, soccer and cricket were invented in Britain. Although soccer quickly became the world’s most popular sport, cricket is largely confined to the British Commonwealth.

It is followed passionately on the sub-continent and was once immensely popular in the Caribbean, where the West Indies’ team with representatives from the major islands and Guyana were unbeaten in any series between 1981 and 1995.

Although immigrants to Britain from India, Pakistan and the West Indies after World War Two brought their love of the game with them and played to a high standard, prowess was not represented in the makeup of the national side. No black player represented England until the start of the 1980s, when Roland Butcher played three tests in a brief international career.

Moeen Ali, born of Pakistani parents in Birmingham in the English midlands, is the first player of Asia origin to represent England regularly since his debut two years ago. He featured on the cover of the 2015 Wisden almanac, the 152nd edition of an annual which has long been the sport’s acknowledged authority.

In his introductory notes, Wisden editor Lawrence Booth said a survey by the sport’s governing body had found that 30 percent of England’s grassroots cricketers, mostly Asian, came from ethnic minorities.

Too many of England’s Asian cricketers have fallen by the wayside.

“Yet at first-class level, it shrinks to around six percent,” Booth wrote.

“The English game needs an Asian player to prosper beyond a few tests here and there. Too many of England’s Asian cricketers have fallen by the wayside. Only once their impact at international level lives up to the sport’s grassroots demographics can the sport claim to be truly representative.”

Ansari, born to an English mother and Pakistani father who are both professors at the University of London’s Royal Holloway university, was asked if the current quartet of Muslim players could inspire the next generation of Asian cricketers.

“As a group of four British Muslims, there is something in that,” he said. “There’s no doubt that’s really exciting and something we’re proud of. A lot of people outside the group clearly care about that and value that a lot. And that is a good thing in our society.”