Mugabe’s downfall: End of an era or palace coup?

Robert Mugabe made the fatal error of ditching allies. But the downfall of the despot has a significance beyond Zimbabwe’s borders. 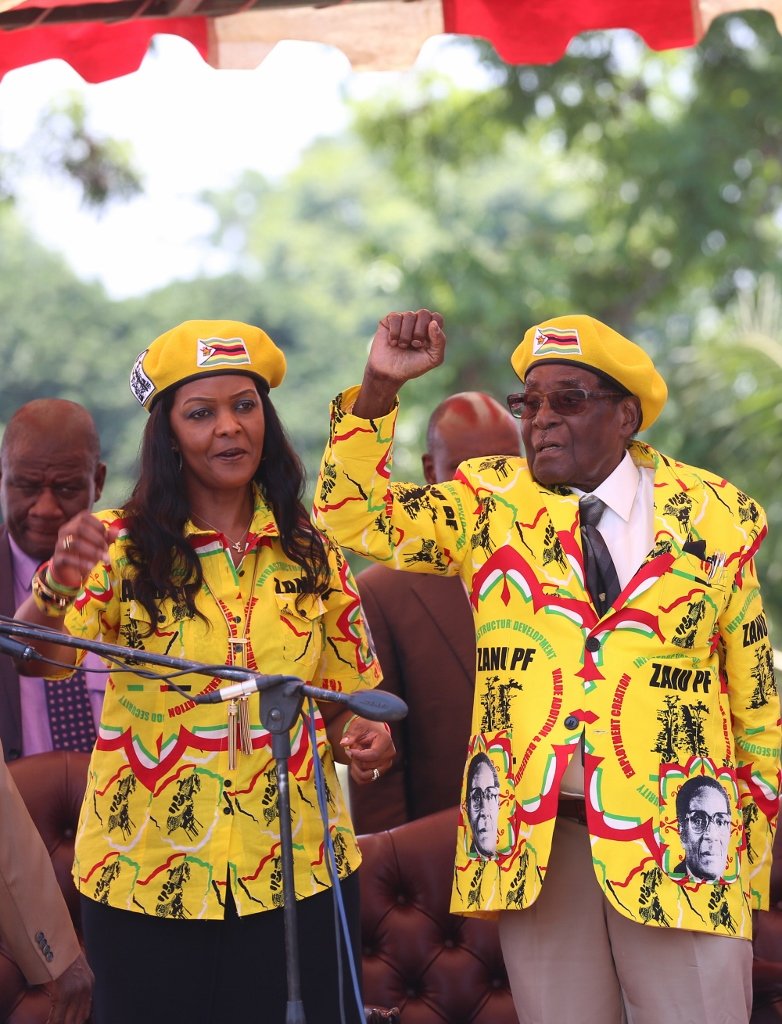 This is the second of three stories on the downfall of Robert Mugabe as Zimbabwe’s leader and, until this week, the world’s oldest president. You can read the first article, by Nick Kotch, here.

The spectacular downfall of Robert Mugabe, until this week the world’s oldest president, is a classic story of an aged man who made the fatal error of abandoning dangerous allies to create a dynastic succession to his much younger wife.

But the end of a despot who had long outlived his time has a significance beyond the borders of Zimbabwe.

Mugabe, 93, is the last of the great African liberation icons who freed their countries from the European colonial yoke, starting with Kwame Nkrumah in Ghana in 1957.

But as the scenes of unbridled jubilation on the streets of Harare showed after Mugabe resigned on Tuesday, his repute as an anti-imperialist hero was shattered by brutal autocratic rule and the destruction of a once flourishing economy.

Zimbabwe’s only leader since independence stayed in power for 37 years through cunning, sharp intelligence — he has seven university degrees — an ability to play off rivals and a readiness to use brute force.

All the more surprising, then, that he made the catastrophic error of double-crossing those who more than anyone else kept him in power — the army and veterans of the bush war he led against white rule in Rhodesia in the 1970s.

Perhaps Mugabe, who in recent years had fallen asleep at public meetings or read the same speech twice, was just showing his age.

But the real reason for his lapse was his second wife, Grace, 40 years his junior, whose beauty turned his head when she was a married receptionist in State House in the 1980s and Mugabe’s widely respected Ghanaian first wife was dying of kidney disease.

The events that led to Mugabe’s toppling by the army began last week when he fired his veteran enforcer Emmerson Mnangagwa, 75, as vice president. It was a move meant to make way for Grace, 52, as his anointed successor. She had already pushed aside a previous vice president in 2014.

Mnangagwa, known since the bush war as the “Crocodile” because of his deadly cunning, fled the country apparently in fear of his life. He was already rumored to have narrowly escaped being murdered in a poison plot in August.

Grace led a younger faction of the ruling ZANU-PF party, but her rival was the favored candidate of both the military and war veterans.

At the peak of his powers, Mugabe might have been more aware that Grace is despised by much of the population, who dubbed her “DisGrace” or “Gucci Grace” because of her extravagant shopping expeditions and violent temper.

Only diplomatic immunity saved Grace from prosecution in South Africa in August when she allegedly attacked a 20-year-old model with a plug on an extension cord as the latter waited to meet one of Mugabe’s playboy sons.

While Zimbabwe lived in poverty, the Mugabes prospered

While the Mugabes lived in luxury, acquiring a reported fortune as high as $1 billion, the economy of Zimbabwe, once the breadbasket of southern Africa, is in ruins, with unemployment of 90 percent and runaway inflation.

Mugabe’s removal could have an impact across Africa and cause sleepless nights for other surviving leaders who have grown rich while clinging to power.

It could be good news for southern Africa, where Mugabe’s rule caused instability. Some three million of Zimbabwe’s 16 million citizens had fled to South Africa, where their presence stirred xenophobic tension.

But the biggest sign of change may be the extraordinary behavior of Zimbabwe’s army, whose officers seemed terrified of being accused of a coup and tiptoed around Mugabe even after seizing power.

Senior officers sat complacently on live TV while he reneged on a deal to resign last Sunday. That is a far cry from the bad old days in Africa when unabashed military takeovers, including the murder of deposed leaders, were common.

This time the African Union called for democracy and human rights as soon as the soldiers made their move, and the army seemed genuinely concerned about regional and international censure and sanctions.

But it remains unclear whether Zimbabwe has really turned a page that will bring democracy, foreign investment and economic revival, or has merely undergone a palace coup.

Mnangagwa perpetrated many of the violent excesses of the man he is set to replace. Mugabe was overthrown not by people power but by those who grew rich from his rule.

The tens of thousands of ecstatic Zimbabweans who flooded Harare’s streets after his overthrow and the foreign powers watching anxiously must hope that the democratic genie is out of the bottle and Zimbabwe has finally won true freedom 37 years after independence.

Barry Moody was Africa Editor for Reuters for 10 years and Middle East editor for seven, during which time he led coverage of the 2003 Iraq war. He worked on every continent as one of the agency’s most experienced foreign correspondents and editors. His postings included Italy, Asia, Tanzania, Kenya, South Africa, Australasia and the United States. He ran editorial operations in Italy, Spain, Greece and Portugal at the height of the EU debt crisis.