Media literacy: The Iran nuclear story as a case study

Iran’s nuclear programme has held much of the world in suspense for years. But what if the real story, largely overlooked by the media, is elsewhere? 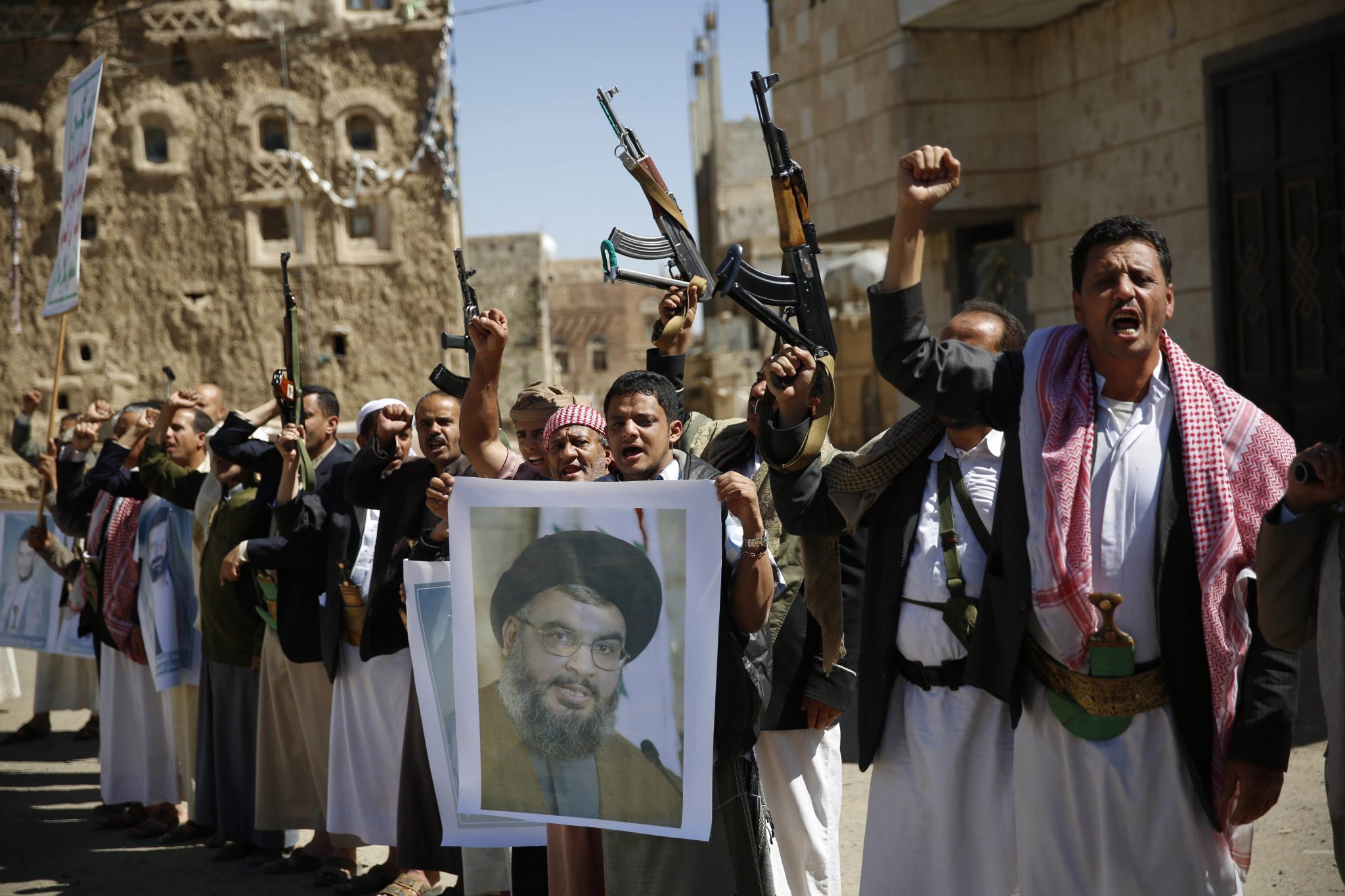 Shiite rebels, known as Houthis, hold a poster of a Hezbollah leader during a rally in Sanaa, Yemen, 3 March 2016 (AP Photo/Hani Mohammed)

For at least the past 20 years, Western political leaders, foreign policy analysts and the news media have speculated over an intriguing and, to many, alarming mystery: Is the Islamic Republic of Iran capable of building an atomic bomb? And if so, will it ever “go nuclear?”

Iran has long insisted that it has no such intention and that it is well within its rights to pursue atomic research, a program that got its start in the 1950s with U.S. assistance under the Atoms for Peace Program.

A skeptical international community, led by the United States, never accepted these assurances, leading to more than a decade of sanctions, threats (chiefly from Israel) of preemptive military strikes, cyberattacks and other clandestine operations, and on-again-off-again negotiations.

Nonetheless, a deal was struck in the summer of 2015 under which Iran agreed to limit its nuclear activities and accepted international inspections of its facilities in exchange for the end to economic sanctions.

Since then, the deal has rarely been out of the headlines for long. To the dismay of many foreign arms control experts who say the multilateral agreement is working, the United States pulled out of the deal in May 2018 and then followed up with new sanctions calibrated to strangle Iran’s vital oil industry. Iran has responded by pushing back on the agreed limits.

Effective use of non-state actors

As a result of this long-running saga, even the most astute consumers of international news could be forgiven for overestimating the importance of the Iran nuclear deal as both a force for stability in the Middle East and the key to understanding the Islamic Republic’s often opaque foreign and domestic policies and behavior.

Yet, the predominant focus on Iran’s nuclear program has allowed a larger, more significant development to pass largely under-reported: Tehran’s effective use of non-state actors in the form of sectarian militias and insurgent groups to spread its regional power and influence.

The Islamic Republic has steadily built up networks of allied forces that serve its strategic interests without provoking anything like the international alarm over its nuclear weapons or ballistic missile programs.

This has been clear for many years in Lebanon, Syria, Yemen, Palestine and especially Iraq, where Tehran exercises enormous influence over the day-to-day affairs of its neighbor and one-time military foe.

A recent study by the International Institute of Strategic Studies (IISS) highlights this gap between the mainstream political and media narrative, on the one hand, and, on the other, actual “facts on the ground.”

The influential London-based think tank concluded in Iran’s Networks of Influence in the Middle East that Tehran’s “third party capability” has reached “the point where it has brought Iran more regional influence and status than either its nuclear or ballistic-missile programme.”

The success of this “third party” strategy has reached beyond the immediate region and into the corridors of power in world capitals, most notably arch-rival Washington.

When Iran was widely blamed for a major attack in September on Saudi oil installations by its proxies among Yemen’s Houthi rebels, many braced for war. All sides ratcheted up the rhetoric, with U.S. President Donald Trump declaring U.S. forces were “locked and loaded” for retribution in defense of the Saudis.

Just as quickly, the crisis seems to have passed, and there are even signs that Iran and Saudi Arabia have begun seeking ways to defuse tensions.

What lies behind this sudden shift?

According to the IISS, the answer lies in Iran’s effective military advantage over the United States and its allies — not in terms of overall firepower but in its effective integration of sectarian proxies, popular militias and other informal groups able to project its power around the Middle East.

As a result, Iran can effectively face down threats and ignore provocations, secure enough in the knowledge that the price it could inflict on a likely adversary is particularly high.

“Iran avoids symmetrical state-on-state conflict, knowing it will be outgunned,” the IISS report notes. “Instead, it pursues asymmetrical warfare through non-state partners.”

Tellingly, the Institute’s 18-month study reached this conclusion by relying on methods and techniques available to any competent journalist: “field work, interviews and open source analysis.” In other words, this particular story was essentially hiding in plain sight.

So what might we conclude from the case of the Iran nukes? Here are some questions to consider:

Grappling with questions such as these is vital to improving our media literacy skills, especially when news reports touch on events far from our personal experience or first-hand knowledge. Iran and its disputed nuclear weapons program offer a useful case study.

Since the 1979 Islamic Revolution, Iran has been something of an outlier, if not an outright pariah, in international affairs.

By claiming political legitimacy on the basis of a unique reading of Shi’a Islam, Iran has challenged prevailing trends toward secularism, globalization and the homogenization of values and culture.

Iran has challenged the Western-imposed status quo for four decades, and in return it has regularly been labeled a rogue nation led by “mad mullahs” intent on sowing chaos and destruction worldwide.

This narrative is salient when it comes to the nuclear story. The not-unreasonable global fear of nuclear weapons in the hands of a “madman” has been triggered in the case of Iran by perennial mischaracterization of the Iranian leadership as “crazy” and “reckless,” and thus not subject to the same political and military restraints on the use of nukes that we commonly ascribe to “normal” states.

In this context, it is worth asking why the very real nuclear arsenals of North Korea or of military rivals India and Pakistan elicit nothing like the fascination of a future atomic Iran?

The Iran story has become a classic case of “top-down” news: it is driven not by organic reporting from the field as much as by the pronouncements, actions and positions of governments, arms control experts and international organizations.

Complex in its details, it is nonetheless easily adapted to sound bites in its general outlines. This is particularly the case where a ready-made Bad Guy, the Iranian government, has such a prominent part to play.

Changes in the news business model in the age of social media — chiefly dramatic cutbacks in the time and money allocated to foreign coverage — have left us all impoverished when it comes to independent reporting on the major issues of the day.

To say this is not to deny that there are many dedicated and enterprising journalists out there beating the bushes every day for the story across the Middle East.

But the days when major newspapers and television channels maintained bureaus across the globe are long gone. Today, they prefer to fly in reporters from a few select hubs when news breaks.