Lightening the load for a U.S. city’s garbage lifters

Casey Konermann has seen a lot during his years collecting garbage. Now, his U.S. city is modernizing — not only for efficiency but for safety. 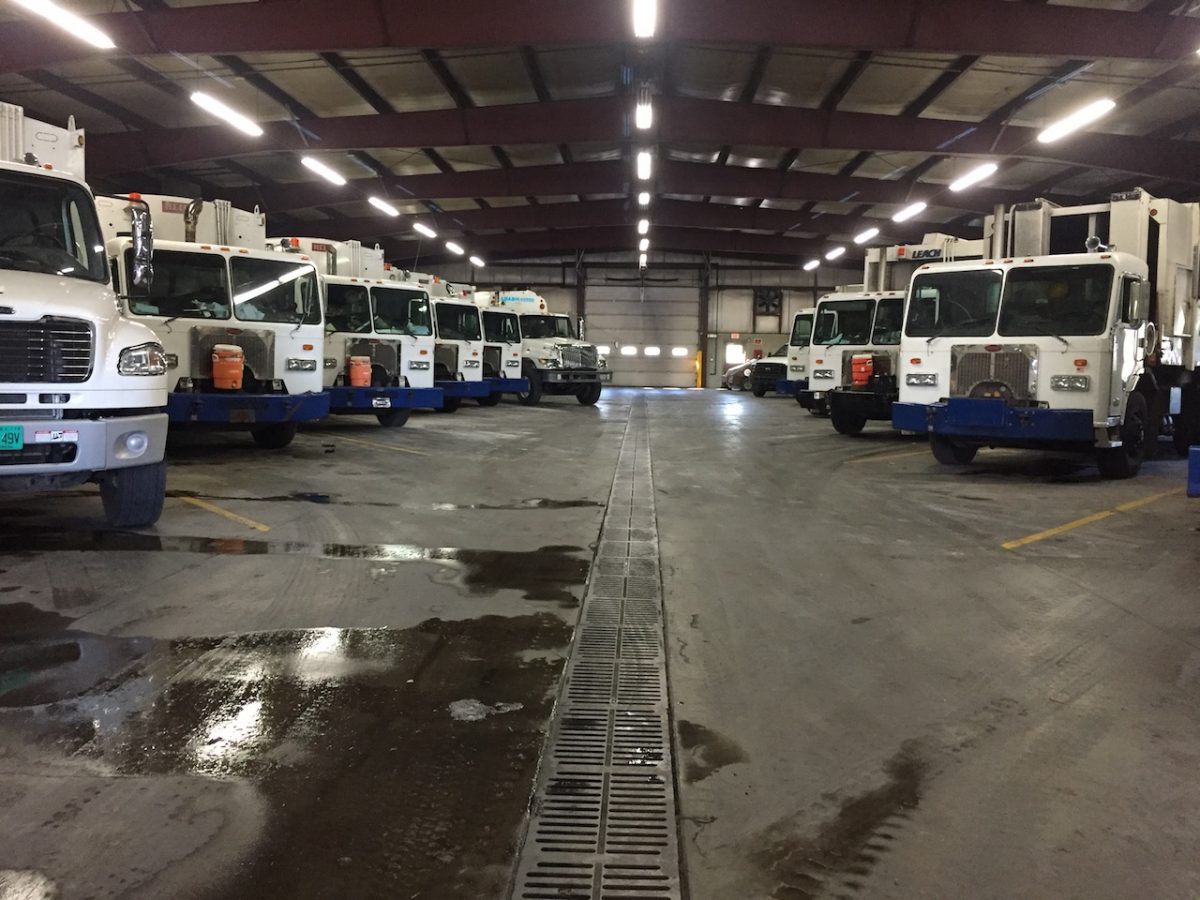 The changes and additions to the Sanitation Department’s fleet have cost approximately $2.5 million. (Photo by Azra Ceylan)

This article was submitted to News-Decoder’s recent essay/reporting contest for students in our partner academic institutions. To read other submissions, click here.

“You don’t know they’re there, it’s dark. You grab the can and flip the lid and there’s, say, a dead possum in there looking up at you.”

Casey Konermann has started his rotation on the step of the trash collection truck at 4:30 a.m. every Monday through Thursday for the past 11 years. Second on Konermann’s list of the “grossest things” he’s encountered at work were college students.

“Then you get these college kids that aren’t very good at being clean and not putting their trash out on a regular basis. Then you get a trash can that’s maybe been in a house for about a month, and it’s summertime. It’s nasty,” Konermann said.

The Sanitation Department of the City of Bloomington adopted a modernized trash collection system in October to improve the lives of workers like Konermann. According to Adam Wason, director of the Public Works Department, the foremost reason for the change is employee wellness.

“We are moving from a 1950s model of sanitation service delivery where you have men and women on the back of trucks, in dangerous conditions, lifting literally thousands of thousands of pounds per day. We’re moving to a program that’s more automated, more mechanized and less labor-intensive,” said Wason.

The city acquired automated trucks and modified its existing fleet for about $2.5 million. One of the two new types of trucks is side-loaders. They have an arm on one side that picks up trash cans and empties them through a chute on the top.

“It’s definitely a bonus to not lift the trash,” Wason said. “There’s guys who’ve been hurt bad, had neck injuries, back surgeries. That’s why I think they wanted to switch to this, because that’s a big expense.”

That puts people in danger. “You have cameras and stuff, but still. We could do it with people on the back of the truck that can alert the driver and say, ‘Hey stop, bicycle!’ or ‘Hey stop, a dog!’ That can’t be done on a truck with a guy by himself,” Konermann said.

Wason said that, even though in the long run the new system would require fewer workers, the department would find new roles for workers no longer needed on the back of the trucks rather than laying them off.

According to Konermann, the department had staffing shortcomings before the transition to the new system, shortcomings that had serious implications.

“In my opinion, we wouldn’t have had so many injuries if we were fully employed,” Konermann said.

“We ran short-handed a lot. I was loading the trash out by hand with two people, for six months. That’s how people got hurt, because we’re hand-loading 20,000 pounds of trash a day with two people. That’s their whole reason why they went to this, it was for injuries.”

“If you give somebody a can, they’re gonna put trash in it.”

However, the transition to the new model might have been motivated by more than just health or safety concerns. Konermann said that previously the city was making money on just trash, even though recycling was a big expense. The profit from the trash didn’t cover the cost of recycling, Konermann said.

The new economic model could increase the amount of trash residents put out on the street, which could in turn affect the trash-collection managers’ routes.

Konermann said that since residents received new trash cans in October, participation has been high because “if you give somebody a can, they’re gonna put trash in it.” However, the change in the participation rate might be deceptive.

“It might not be more trash, but there’s just more stops. If somebody wheels a can out there with a Kroger sack in it, you’re emptying it,” said Konermann. “Before, if someone was paying $2 a handle to empty the trash can, it’s gonna be full.”

Konermann’s daughter is one of the temporary workers at the Sanitation Department helping with the transition. On her second day at work, she admitted that the job was harder than it seemed.

“I told her wait till next week,” Konerman said. “Yesterday and today were nice. Wait till it’s raining, all day. You’re in the rain, all day long. Even a dog knows to get out of the rain.”

Azra Ceylan was born in Istanbul, Turkey and came to the United States for her education in Economics from Purdue University. She is currently a master’s student at Indiana University. Her reporting interests are diversity and politics. She has covered events like the U.S. immigration ban and the Women’s March.