Mainstream media depicts conflict as a violent struggle between good and bad. A Danish professor suggests a different way of thinking about conflict. 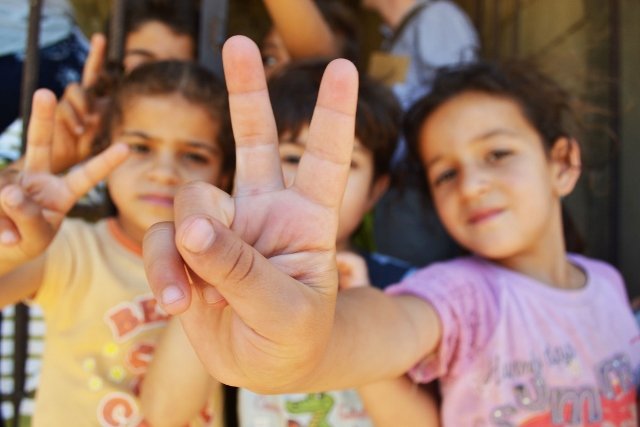 Do you find it difficult to understand what you see in the media about a conflict such as Syria?

I’d like to outline for you two very different ways of seeing the world. There are many others, but contrasting these two can be useful. And it is important that we discuss not only what we think we see but also what we are, perhaps, not being told and why that is.

The mainstream media focuses on drama — on the violence rather than the underlying conflict. It often starts with an individual case, for example a family that has been forced to flee Aleppo. The reporter asks: What happened, how do you feel, how do you see your future?

This human touch is supposed to help the media consumer empathize with fellow human beings in despair.

But there are millions of similar cases, and how can we engage with everyone? Not all innocent civilians are wounded or fleeing. Many are still there, some doing their bit for peace and for keeping up neighborhood spirits.

In contrast, there is the political angle — the generalized way of reporting a conflict. Usually we are told that there are two parties, one good, the other evil.

We get the impression good violence is needed to combat evil violence.

You may have adopted the view that Syrian President Bashar al-Assad is a bad guy. While he is indeed an authoritarian leader, there is much more beyond his person and his government that we need to know.

There are over 100 parties to the Syrian conflict. And a long history that is seldom told.

Many conflicts today are presented as ethnic or religious in nature. Some are, but the question we must ask is this: Is that the root cause, or something used to mobilize parties that are in conflict over power?

The usual media approach implies that to achieve conflict resolution — a ceasefire and, later, a peace accord — we need to support the good side and that is best done by fighting the bad guy(s). And fighting usually means military intervention, bombings, sometimes occupations and subsequently bringing bad guys to a tribunal to be punished.

Thus we have war and violence reporting. About 95% of the focus is on “war lords” and the rest on “peace ladies”. And we as media users get the impression that good violence is needed to combat evil violence.

Violence breeds violence and is no answer to conflict.

I call it the peace-oriented way. I am a peace researcher and see the world through lenses different from those of the media.

This view sees a conflict as a theater where violence happens on stage, while in the larger darkened hall sit external interests. They are often Western/NATO countries that are not neutral but have played a role in history.

This approach sees conflict as a problem that stands between the conflicting parties and argues that, to find peace, we must attack the problem rather than apportion guilt.

How do you solve a problem? Most often not by violence. If your tapestry is falling down, it doesn’t help much to hammer harder and harder until the whole wall collapses.

But if, like governments, your tool box contains a lot of other equipment, that’s what you use first.

The United Nations Charter tells us that peace should be created by peaceful means and that violence is only a last resort. But when we have pumped in weapons and lots of people are killed, the original problem tends to fade and all parties end up in trauma, hate, revenge. And violence begets more violence.

We need media organizations that focus on underlying conflicts, complexity and possible solutions. And on innocent citizens instead of giving prominence to killers.

I guess 98% of the Syrian people want peace and have never touched a gun. A sustainable solution must involve them first and secure their commitment.

Syria is about wrong diagnosis, unaddressed problems and a militarist mind-set. Tragically, the patient is dying. We must use Syria’s tragedy to learn to handle our conflicts in smarter, more civilized, ways in the future.

Jan Oberg is a Danish professor of peace studies with a PhD in sociology. He is co-founder and director of the Transnational Foundation for Peace and Future Research. Oberg has published academic literature on conflict analysis, peace proposal-making, education or mediation in Somalia, Yugoslavia, Georgia, Burundi, Iraq and Iran. He is a visiting professor in Japan, Spain, Austria and Switzerland.