Lessons from Malaysia: Persistence and patience

Autocrat or nation-builder? Malaysia’s Mahathir still stirs mixed feelings even as he stuns the world by regaining power and reuniting with his nemesis. 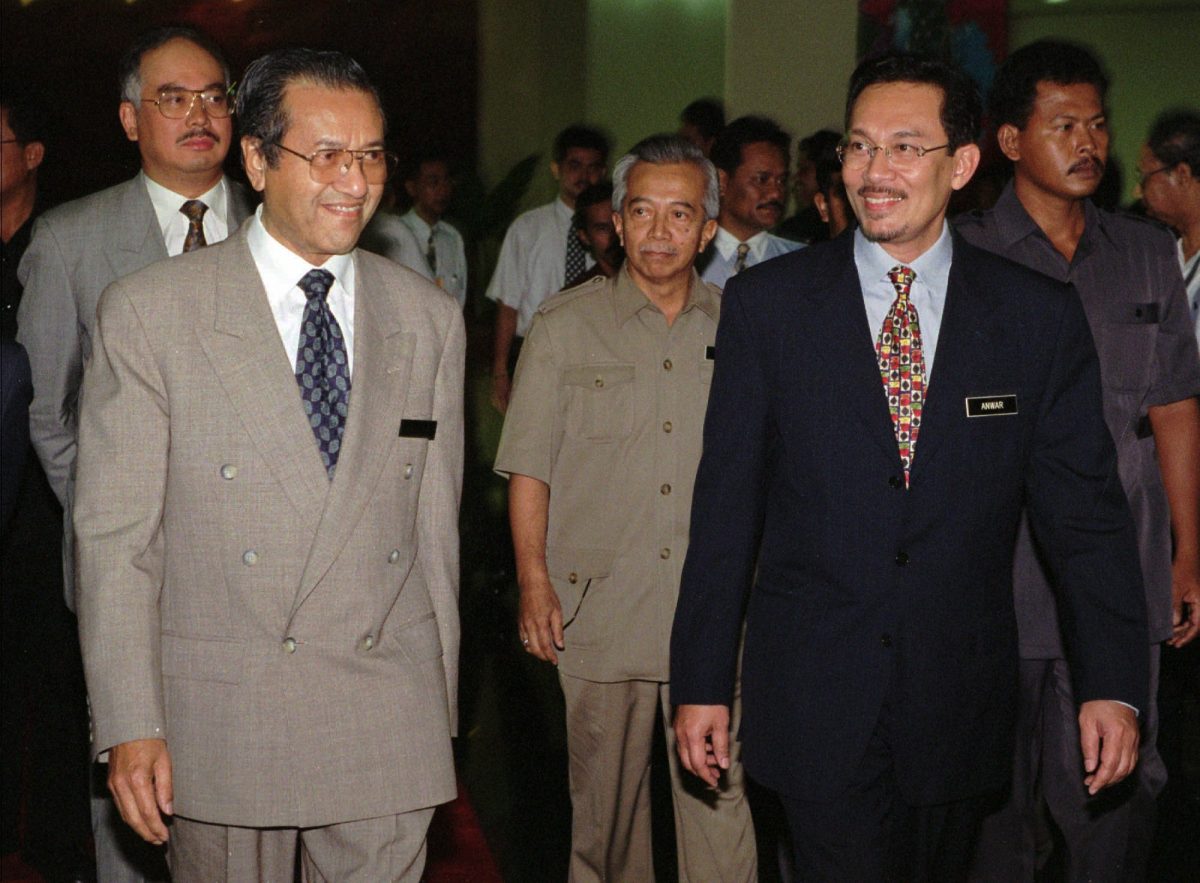 This is the second of two stories on the surprise return of Mahathir Mohamad as prime minister of Malaysia and his reconciliation with former protégé Anwar Ibrahim. You can read the first story, by News-Decoder correspondent Stuart Grudgings, here.

Not everyone gets to meet a founding father of a modern nation state. I did, and I learned things I will never forget.

Mahathir Mohamad ruled Malaysia from 1981 until 2003, and shaped the Southeast Asian country into the multi-ethnic, economic tiger that it is today. He ran roughshod over opponents — critics accused him of leading a soft dictatorship — and irritated Washington with his strident nationalism and unwillingness to bend to economic orthodoxy.

I was a correspondent based in the capital Kuala Lumpur from 1997 until 2000, and had a front-row seat during a turbulent period when Mahathir showed his colors — defying international creditors, thumbing his nose at the West, stifling dissent, firing and jailing his protégé — in a bare-knuckled bid to retain power and secure his legacy.

Ruthlessness is a common trait among nation-builders, and Mahathir had it in spades.

His cruel treatment of Anwar Ibrahim — who by all rights would have succeeded Mahathir but was punished for lèse-majesté at the height of the Asian economic crisis of the late 1990s — was proof that Mahathir would not go the way of Indonesia’s strongman Suharto, who was forced to resign in 1998 amid the economic meltdown and riots in the streets.

Mahathir was not one to flinch.

In a twist too strange for fiction, Mahathir and Anwar have now joined hands to win Malaysia’s election, tossing ex-Prime Minister Najib Razak into the cold and for the first time ousting the coalition that has governed the country since independence.

Like Stuart Grudgings, I interviewed Mahathir two times while in Malaysia. The first time was in October 1998, just after Mahathir had unceremoniously fired Anwar. Our company, Reuters, was moving into one of the two towering skyscrapers in Kuala Lumpur that rose during Mahathir’s reign and which symbolized Malaysia’s transformation from an agricultural backwater to modern economy.

There was much debate over whether we should invite the controversial prime minister to the opening of the firm’s new offices. In the end, realpolitik won out, and Mahathir and I sat down for an interview as pro-Anwar demonstrators chanting “Reformasi!” (Reform!) confronted riot police outside the tower.

I have no recollection of the questions or answers. I do remember Mahathir’s composed but steely manner, his willingness to answer any and all questions and his total lack of remorse for Anwar’s fate.

It’s not easy building a modern nation state, especially one with three distinct ethnic groups — Malay, Chinese and descendants of South Asia — and Mahathir was not one to flinch.

By the time of the second interview, held in Mahathir’s office in the sprawling capital complex he had built south of Kuala Lumpur, Malaysia was starting to ride out the regional economic crisis, and the prime minister’s unconventional policy of a fixed currency and capital controls was weathering the storm.

I still have mixed feelings about Mahathir.

So what were the lessons I learned? Now that Mahathir and Anwar have joined hands, I see very clearly that in politics, nothing remains immutable over time.

That’s seems obvious. But not so obvious to uneasy and impatient citizens fighting for change today in so many countries, both developed and developing, around the world.

No fiction writer could have sold a plot placing Mahathir and his nemesis together in opposition to a coalition that both men helped to build and which ruled Malaysia for more than half a century. So lesson number two: politics can make for strange bedfellows.

It’s a cliche to say that politics is a dirty business, but you have to wonder just how dirty it must be to ensure ethnic peace and economic progress while keeping up with rapidly developing neighbors.

I had mixed feelings about Mahathir while I was based in Malaysia, and I still do. There’s an admiration for his tenacity, vision, savvy, flair and independence, tempered by revulsion for his undemocratic, even dictatorial tactics and brutal treatment of Anwar.

I’m very glad to see Mahathir and Anwar back together, although like many I’m skeptical their partnership will last. And I wonder if two of the lessons I have learned are that persistence pays, and that patience in politics, as in many things, is a virtue.

Nelson Graves is the founder of News-Decoder. He was a correspondent, bureau chief and regional managing editor at Reuters, holding posts in Washington, Paris, New Delhi, Kuala Lumpur, Milan and Tokyo. He later served as admissions director at Johns Hopkins University’s graduate program in international relations in Europe, and has worked with schools around the world.