A lawsuit against torture advances as a U.S. judge rules that two government contractors can be sued for brutal interrogation tactics used in Washington’s “war against terror.” 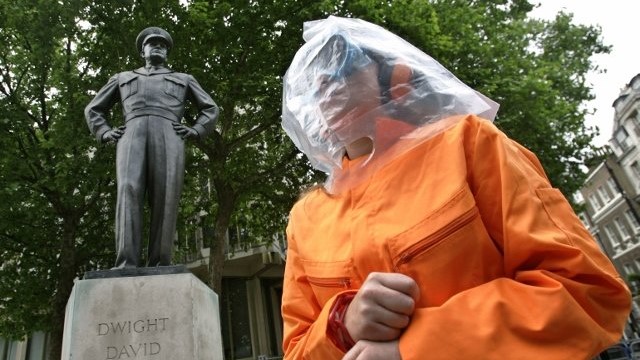 A U.S. judge has ruled that two government contractors can be sued for brutal interrogation tactics that critics call torture and which were used in Washington’s “war against terror” after the September 11 attacks.

The decision by the judge in Washington state is significant because it could for the first time attribute legal accountability for acts committed during interrogations of suspected terrorists in overseas secret prisons under a controversial program developed under former President George W. Bush.

To understand what happened, we need to go back to 2002, the year after the 9/11 attacks against the United States, when U.S. forces were fighting in Afghanistan to dismantle the al-Qaeda militant organization. That was when the U.S. Central Intelligence Agency (CIA) first decided to hold prisoners, something that had formerly been the task of the military and police.

Agency officials decided to devise a series of “enhanced interrogation techniques” for questioning prisoners. These techniques had been used by torturers for centuries but had never previously been authorized by the Justice Department.

Over the next four years, the CIA built up a network of overseas jails. The agency refused to disclose where they were or who was held in them, partly because it did not want its prisoners to have access to lawyers — or anyone else.

President Barack Obama conceded that “we tortured some folks.”

Prisoners were flown between these “black sites” on specially chartered business jets. Inside the sites, they were held in total isolation, often in complete darkness or unending light, deprived of sleep, subjected to constant loud noise and chained in painful positions for hours or days. Some were crammed into small boxes or choked with water while strapped to a rotating board.

Journalists and investigators traced the locations of the black sites, revealing that the CIA had operated these facilities in Thailand, Poland, Romania, Lithuania and Afghanistan.

Secret detention and torture are both illegal under U.S. and international law. For a long time, supporters of the “enhanced interrogation program” argued that the methods used on their prisoners — including confinement in small spaces, beatings, stress positions and waterboarding — were not torture. Most legal analysts disagreed.

Eventually, in 2014, President Barack Obama conceded that “we tortured some folks.”

A mammoth report by the Senate Intelligence Committee, partially declassified by the government in 2014, gave a critical account of the CIA’s detention and interrogation program. It portrayed a poorly managed system where brutal methods were used to extract information of little value. The CIA has contested parts of it.

Of the 119 men held by the CIA, the Intelligence Committee concluded that 26 had been held “wrongly” according to the CIA’s own standards.

“Mistakes should be expected.”

In one case, a German citizen, Khaled el-Masri, was detained in Macedonia and handed over to the CIA, who flew him to a black site near Kabul. Although officers in the CIA’s “rendition group” doubted he was linked to terrorists, the agency could not agree on how to release him until five months later, when he was dumped by a roadside in Albania.

One prisoner — a Pakistani named Gul Rahman — froze to death in a CIA black site in Afghanistan.

Former CIA director Michael Hayden later concluded that “mistakes should be expected,” according to the Senate report.

The architects of the CIA’s “enhanced interrogation” methods were two government contractors, James Mitchell and Bruce Jessen. After creating the techniques that the CIA used on its prisoners, they went on to form a company to manage the black sites. The company received more than $80 million before the CIA decided to stop maintaining the sites in 2009.

In 2015, the American Civil Liberties Union (ACLU) sued Mitchell and Jessen on behalf of three former CIA prisoners. Previously, the government has always intervened to stop legal cases in the United States about CIA torture, arguing that even to discuss the issues in public is harmful to national security.

Crofton Black is a reporter at The Bureau of Investigative Journalism in London and a research consultant. He is co-author, with Edmund Clark, of Negative Publicity: Artefacts of Extraordinary Rendition (Aperture 2016). He has a PhD in medieval philosophy.