It was only a game about Kashmir. But in a world keen to avoid nuclear war, the lesson was clear: the U.S. can foster peace by wielding a big stick. 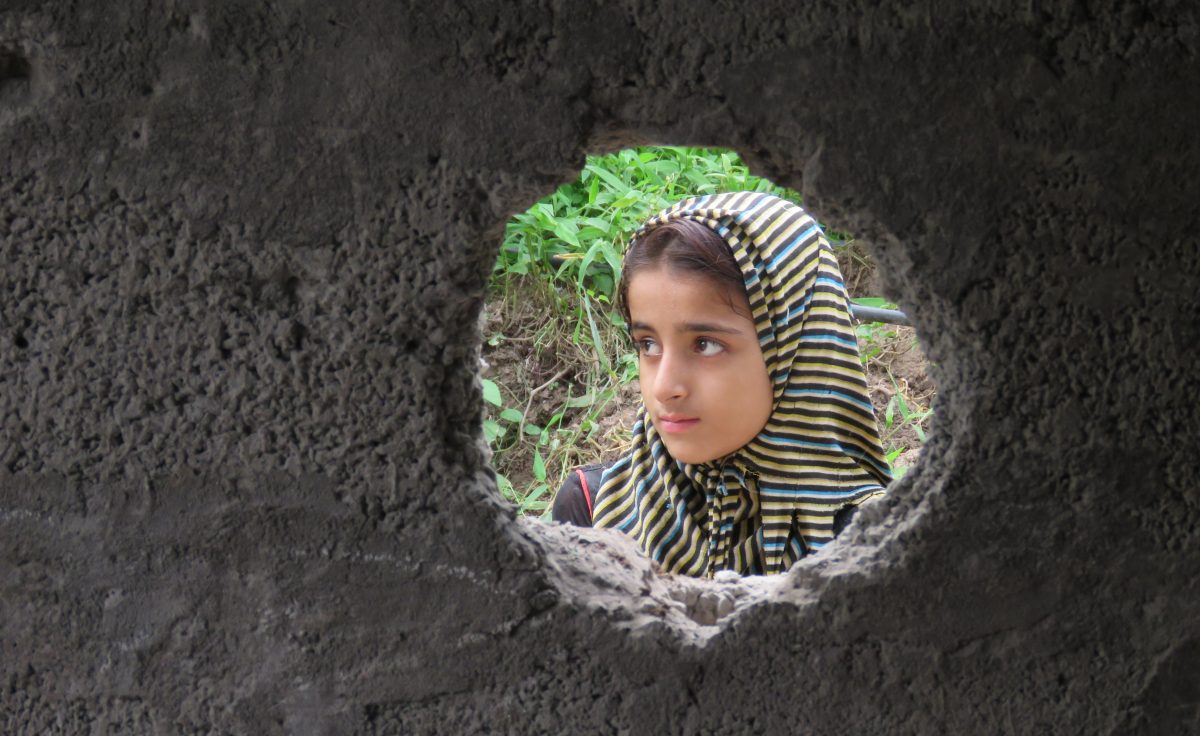 A Kashmiri girl seen through a hole in a wall of her home, which was hit by shells fired by the Indian Army across the Line of Control, Dhaar, Pakistan-administered Kashmir, 8 August 2015. (EPA/Amiruddin Mughal)

This is the second of two articles on Kashmir by students at King’s College London.

It was only a game involving students from three universities. But in a world keen to avoid the use of nuclear weapons, the lesson was clear: the United States can contribute to world peace by wielding a big stick far from its shores.

The occasion was King’s’ annual Crisis Simulation in which aspiring future policy-makers step into the shoes of today’s political and military elite to try to solve or prevent a fictitious crisis situation from leading to war.

This year’s theme was Kashmir, the longstanding territorial conundrum dating back to the 1947 partition of India and Pakistan.

Each state was represented by its own “committee.” India and Pakistan took center stage as the driving force of events and vied for the support of the two superpowers, China and the United States.

This year’s Simulation proved to be the least confrontational to date. War was narrowly avoided, despite a military coup in Pakistan and rumors of an imminent invasion of India.

Unlike last year when students grappled with simulated conflict in the East and South China Seas, no nuclear devices were launched.

The American Committee exerted a great deal of influence.

On the first day of this year’s session, the Indian Committee was preoccupied with the forces of nature as they sent their military to deal with an earthquake followed by an outbreak of cholera on the Indian side of the Kashmir line of control.

Pakistan recognized India’s military engagement as a response to a humanitarian crisis. Initially, each side respected the other’s sovereignty.

But this restraint was short lived. A military coup in Pakistan forced the government into exile and came to dominate the Simulation.

The Indian Committee was no longer solely focused on Kashmir but now aspired to become the regional hegemon while securing the Line of Control in Kashmir as the Indo-Pakistani border.

India’s decision to avoid conflict was influenced by the American Committee, which warned that if India declared war on Pakistan, they would be forced to intervene.

The American Committee exerted a great deal of influence, side-lining the Chinese Committee for much of the weekend.

It was only in the final hour of the crisis that China — the world’s only other superpower Committee — felt strong enough to go to war.

This led to the second coup of the weekend. Chinese President Xi Jinping was overthrown and smuggled out of a corridor with only the Indian President as his escort.

The world may still require a night watchman.

This year’s Simulation was an eclectic mix of coups, kidnappings and assassination plots. Yet war in Kashmir was avoided, leaving hope for the future.

Although much of the management of the conflict was unrealistic, especially the coup in China, the KCL Crisis Simulation may show a way forward for the future of the Kashmir region.

The American Committee demonstrated a positive influence on events. India and Pakistan were in no doubt that if either side were attacked, they could rely on American support.

The clear intentions of the American Committee also served to limit the impact of terrorist initiatives — mainly from the Islamic militant groups Lashkar-e-Taiba and Jaish-e-Mohammed operating against India in Kashmir and the Baluchistani separatist groups and Tehrik-i-Taliban operating against Pakistan.

Greater international presence in Kashmir provides important lessons for today’s actual border dispute. The role of the international community cannot be underestimated since, rather than taking an observer standpoint and leaving Pakistan and India to their own devices, the American Committee retained the ability to strike at both combatants in case of an escalation of hostilities.

What the crisis weekend showed is that the world may still require a night watchman in the international system, one who can fill the role of a crisis arbitrator. America may still have a place as policeman and peacekeeper in the world and should not be too hasty in handing in her old tin badge and six-shooter.

Owen Davis is a second year undergraduate student studying War Studies and History at King’s College London. His interests include intelligence studies, researching the Napoleonic wars and developing an understanding of the impact of the rise and fall of European imperialism on the contemporary world.