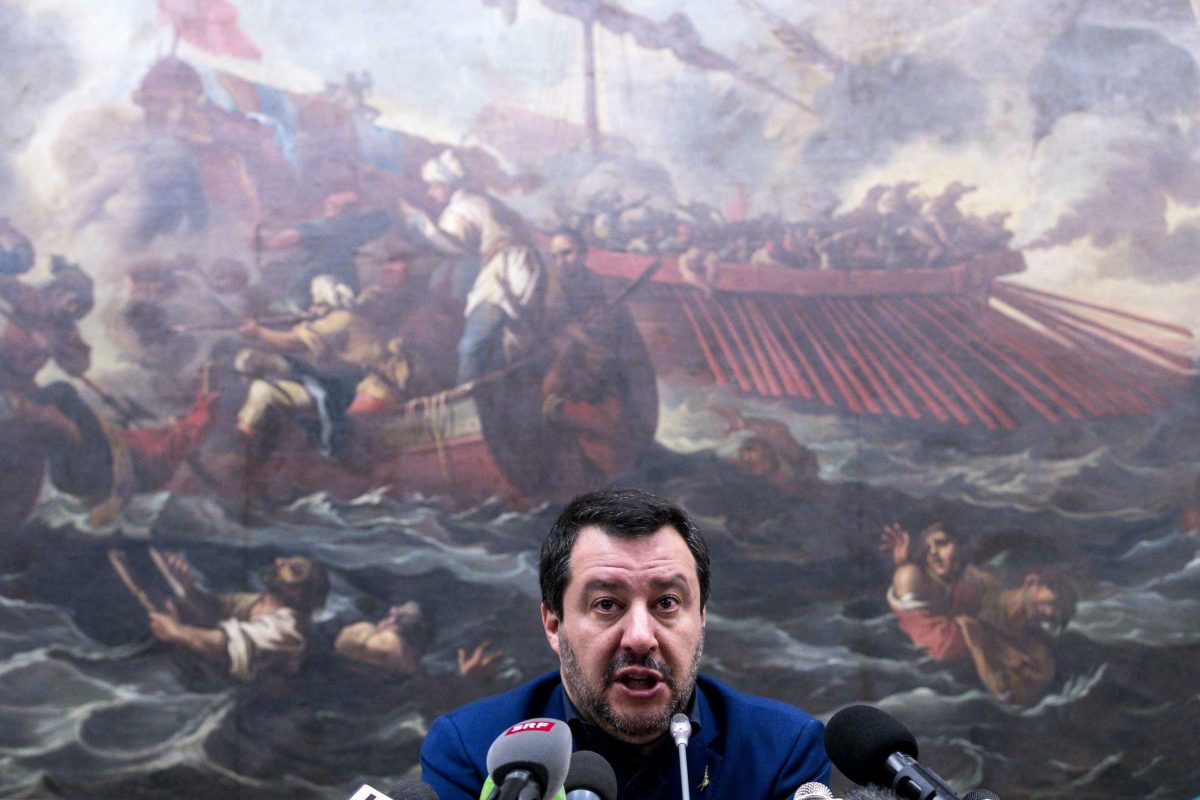 Italy’s government was hailed as the spearhead of Europe’s populist wave when it took power last year. But nine months later, internal disputes and policy stagnation are raising doubts about its durability and impact.

But faced by hard reality, the uneasy alliance has underlined how much tougher it is for populists to rule than oppose. Both the left-leaning Five Star Movement (M5S) and hard right League are struggling to fulfil their signature campaign promises because of disagreements. Policy-making has taken a back seat to sound bites.

In Europe, Italy punches above its weight because it is one of the European Union’s founding members, and its populists have joined sceptics elsewhere on the continent questioning the bloc’s very foundations. They are gearing up for elections in May to the European Parliament, which are widely seen as a referendum on the EU’s future.

Italy’s feeble economy has just sunk into recession again. The European Commission has cut its forecast for 2019 growth from 1.2 percent to 0.2 percent, the worst in the bloc. Both the Commission and the International Monetary Fund have warned that the government’s spending plans will worsen the economic outlook.

Critics say the Eurosceptic government also aggravated the slowdown by a prolonged budget slanging match with Brussels that forced up borrowing costs. This in turn curbed the capacity to deliver expansive campaign promises.

After M5S and the League eclipsed traditional centre-right and centre-left parties in an election last March, it took three months of tortuous negotiations to form their coalition, reflecting the widely different ideologies of the two parties. Entering any alliance at all contradicted one of Five Star’s core principles.

M5S leader Luigi di Maio and League chief Matteo Salvini couldn’t agree on who would be prime minister, so they made way for a political novice, dapper law professor Giuseppe Conte.

The government is effectively run by Salvini and Di Maio, both deputy premiers. Conte spends most of his time trying to douse disputes between them or with other countries enraged by insults flung with gay abandon by his bosses.

It isn’t a great recipe for success in a nation with a notorious reputation for instability and in desperate need of dynamic action to rescue the economy.

Scarcely a day passes without divisions on everything, from a new railway tunnel to France to more autonomy for the northern regions of Lombardy and Veneto, from Salvini’s draconian crackdown on immigration.

The biggest strain is that being in government has hugely strengthened the League and significantly weakened Five Star, many of whose members are deeply uncomfortable being allied to a hard-line right-winger.

Salvini, 45, who is also Interior Minister, has soared in opinion polls and become far and away Italy’s most popular politician, with ratings of 60 percent. His rhetoric about immigrants taps into a strain of racism never far below the surface in Italy. He is widely seen as the government’s real leader.

His popularity, propelled by political skill, a common touch and a highly successful social media strategy, has come at the expense of Di Maio, 32, who increasingly looks like a naïve schoolboy unhappily following on the heels of the class bully.

Salvini’s greater success on Facebook is in some ways ironic: M5S’s astonishing rise to become Italy’s biggest party only five years after entering parliament was orchestrated by internet guru Gianroberto Casaleggio, a prophet of direct democracy who experimented with influencing opinions on the web long before Russian trolls and Cambridge Analytica. Casaleggio died from brain cancer in 2016.

In the second breach of their founding principles, M5S members last week voted online to back Salvini’s parliamentary immunity against prosecution for kidnapping after he prevented 177 mostly Eritrean refugees from disembarking from a coastguard vessel.

The vote increased disquiet among rank and file M5S members, who are disturbed by Salvini’s anti-immigrant obsession and popularity, as well as by Di Maio’s increasingly centralised leadership of a party intended to break from traditional politics.

Five Star’s ratings have slumped from 32 percent in last March’s election to 24 percent now, while the League has climbed from nearly 18 percent to 34 percent. This trend has been confirmed by big M5S losses in two recent regional elections.

The League polled around four percent when Salvini took the leadership in 2013 and before he transformed it from a regional separatist group into a national party and then toppled former Prime Minister Silvio Berlusconi as leader of the Italian right.

The bearded Salvini, who has been active in politics for three decades, is streets ahead of the ingenue Five Star leader in both skill and charisma. Unlike Di Maio’s preppy style, he projects a tough, everyman image, wearing jeans and casual clothes with a cigarette hanging from his lips. Members of the public, especially women, crowd around him for selfies.

He turns almost any subject into a tirade against immigration or a nationalistic defence of Italy.

Both Salvini and Di Maio are focused on European elections in May, when they hope to overturn establishment politicians who oppose their big spending plans.

There seems little chance of a break-up before the poll. But if Five Star do as badly as seems likely, Di Maio will be under pressure to leave the government, robbing Italy of what appears to be the only viable governing coalition.

Meanwhile, Italy suffers from inertia, policy drift and blatant disregard for diplomacy. Both men hurled so many insults at France, a powerful Mediterranean ally, that Emmanuel Macron recently temporarily withdrew his ambassador for the first time since World War Two.

Provocative rhetoric is part of the populist playbook. But numerous critics from the mainline press and establishment worry that policy inertia and the country’s sharp shift to the right are very dangerous, however popular they may appear.

Andrea Camilleri, author of the Montalbano novels, said he sensed the same dark consensus around Salvini’s extremist policies as he remembered from the era of fascist dictator Benito Mussolini.