Italy has sidelined right-wing populism for now. But a shaky governing coalition and big egos are keeping long overdue reforms on the back burner. 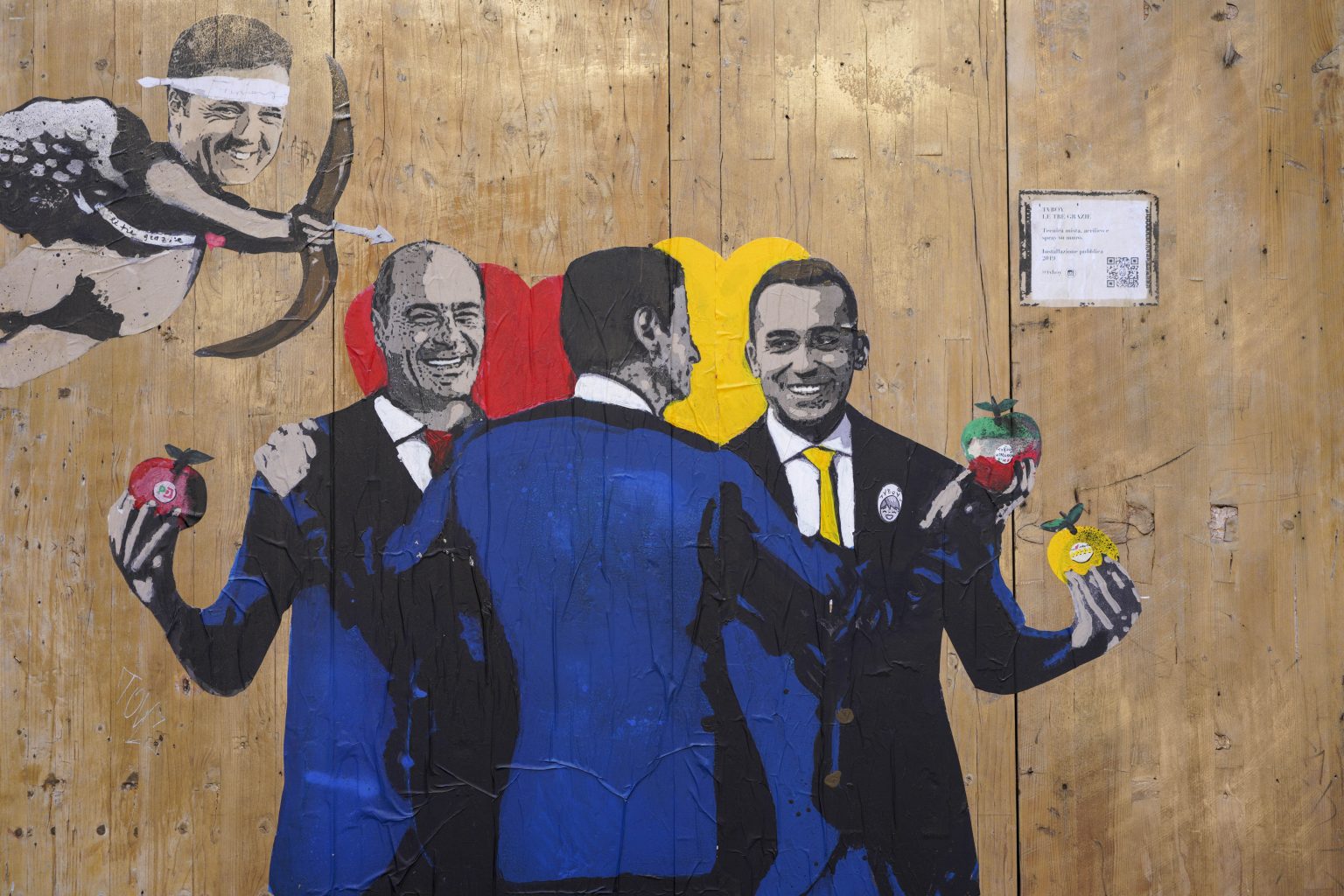 Italy has unexpectedly done better than some other European countries, including Britain, in resisting the march of right-wing populism, but politicians’ egos are still obstructing the strong government an ailing economy desperately needs.

The current major outbreak of coronavirus in northern Italy, Europe’s worse, with draconian measures to seal off 10 towns housing 50,000 people, has pushed politics into the background temporarily, but few expect that to last very long.

Italy, where anger with conventional democratic politics and corrupt politicians has been rife for decades, would seem eminently vulnerable to populism.

It has a long, sometimes dark history of such movements, from fascist dictator Benito Mussolini before and during World War Two through media magnate Silvio Berlusconi to the current champion of populism, Matteo Salvini, head of the right-wing League party.

Salvini, 46, a gifted populist with a common touch, carried all before him up until last summer, transforming the League from a northern separatist group into a national party, seizing leadership of the right from ageing showman Berlusconi and totally eclipsing his government allies from the anti-establishment Five Star Movement (M5S).

Until fear of Nigel Farage pushed Britain’s Conservative Party to the right, ultimately leading to Brexit, Salvini could claim to be the most successful populist in Western Europe.

But two disastrous miscalculations, combined with resistance to his anti-immigrant, Eurosceptic and nationalist rhetoric, has put the bearded Salvini on the back foot, even though polls say the League is still easily the most popular party.

In the summer, after an extraordinary campaign touring beaches, boasting about his paunch and posing for selfies with adoring crowds, including many women, Salvini pulled the plug on his coalition government with M5S in the expectation this would precipitate elections where he could capitalise on his whopping lead in opinion polls.

Instead, M5S made an unexpected alliance with the centre-left Democratic Party (PD) to form a new government under the same prime minister, Giuseppe Conte.

After winning eight regional polls since a 2018 general election, Salvini sought revenge in the traditional left-wing stronghold of Emilia-Romagna. He painted the regional vote there last month as a personal referendum, saying his victory would destroy the centre-left government in Rome.

Instead, the PD governor won easily, boosted by a new anti-Salvini group called the “Sardines” because they packed public squares with anti-right rallies.

Salvini also did badly in an election on the same day in the southern region of Calabria, an area where the previously anti-south League is trying to exploit resentment of decades of misgovernment from Rome. Berlusconi’s declining Forza Italia party and the PD both did better than the League. The resurgent hard-right Brothers of Italy party was close behind Salvini.

No room for complacency

None of this allows for complacency in Rome, because the governing alliance between M5S and the PD is undermined by major policy differences and squabbling, aggravated by the antics of two men driven by their egos.

Luigi Di Maio, 33, was obliged to resign as Five Star leader in January after being outmanoeuvred by Salvini and haemorrhaging support to the League.

His often-juvenile grandstanding, strategic errors and shows of pique made him unpopular both inside and outside Five Stars, which slumped from 33% as biggest party in the 2018 general election to around 14% now.

Its membership was alarmed by the alliance with Salvini and not much happier joining up with the PD. Di Maio, whose vanity seems little dented, remains as foreign minister, which doesn’t stop him sniping at his own government.

But the real destabiliser is Matteo Renzi, 45, once Italy’s youngest premier, whose career is an object lesson in hubris. In 2014 European elections, the telegenic, articulate politician lured centrist voters, winning an overwhelming PD victory.

But then his vanity got the better of him, and he lost a disastrous constitutional referendum in 2016. Hated by many Italians for his arrogance, Renzi resigned as premier and lost leadership of the PD after an historic defeat in the 2018 election.

Uncomfortable out of the limelight, Renzi broke away from the PD last September, founding a new party called Italia Viva. But it is stuck on poll ratings of 4% or less, and Renzi is Italy’s least popular political leader.

Even this has not daunted the former Florence mayor, and he has tried to leverage his party’s vital parliamentary support for the weak government to destabilise it with ultimatums over arcane issues like a reform of the statute of limitations.

Renzi has vowed to back off from political agitation until the coronavirus is under control, although Salvini didn’t hesitate on Sunday to attack the government for allowing ashore 276 migrants rescued off Libya during the health crisis.

Calm in the storm

In the midst of this turmoil, two men stand out for their understated calm. One is Nicola Zingaretti, 54, brother of Montalbano actor Luca Zingaretti and head of the PD. He is as restrained as Renzi is provocative, although deeply irritated by his predecessor’s manoeuvres.

The other is Prime Minister Giuseppe Conte, 55, who has made a remarkable transformation from the technocrat bought in by Di Maio and Salvini because neither wanted the other to be premier, to rival the latter as Italy’s most popular politician.

The dapper university law professor infuriated Salvini by castigating him in parliament after he torpedoed the government last August, and then agreeing to lead a new government of the centre-left instead of right.

Renzi shares Salvini’s dislike of the prime minister and has attacked him repeatedly. Analysts say that is because he sees him as a dangerous rival for the support of moderate voters.

But Conte holds a trump card. If Renzi keeps undermining him, he says he will call a snap election, which is said to terrify both Renzi’s supporters and M5S because of their current weakness with voters.

So, it looks as if Conte, who may gain added prestige by taking charge of the coronavirus crisis, will limp along for now. But that is far from what Italy needs.

The economy is the slowest growing in the European Union and has been stagnant for years. It make take another hit from the coronavirus outbreak.

It desperately needs sustained, decisive action to increase national competitiveness, reform the bloated public sector and simplify regulation, all pretty unlikely with a fractious government in Rome under constant attack by its enemies — and still threatened by populism.