Is a Correspondent’s Job Getting Harder? 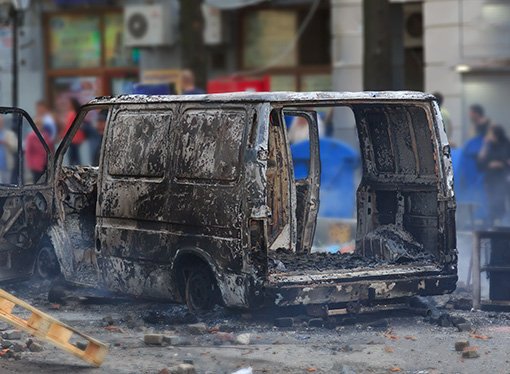 Three Al-Jazeera journalists sent down for long jail terms in Egypt, a sentence widely seen in the West as intended as a warning to others; journalists targeted for kidnapping; journalists killed or injured. All in the pursuit of the news in difficult places.

Is the job of news-gathering becoming more difficult and dangerous?

A glance at the figures suggests it is, but further reflection indicates it’s just changing.

Of the 172 journalists killed in 2012, most were local reporters, cameramen and media staff – drivers, interpreters and “fixers” – working in their own countries. This year, with 60 dead so far, the pattern is similar. While dead foreigners get headlines in the West, the risks are the same for the locals working alongside them.

These days, with international news organizations less likely to post foreign correspondents abroad, more nationals are reporting for the big Western and international news agencies, and this is as it should be. They speak the languages, they have the contacts and they know the news context. There’s no reason why they shouldn’t be as imbued as imported swashbucklers with the old journalistic principles of even-handedness and impartiality. And they may well report their stories in English, French or Spanish as effectively as native speakers.

Also changing is the job of keeping tabs on the various factions in conflicts that inevitably produce much of the news. The conflicts that make the news are becoming more complex.

In Thailand, do you know the differences and dividing line between the yellow shirts and the red shirts? In Iraq, had you heard of ISIS before this year? Had any of us any knowledge of Boko Haram in Nigeria before they kidnapped 200 schoolgirls this year?

In Syria, a revolt against an entrenched regime turned into a full-scale civil war involving many of the Middle East’s political forces. There were added complications that made news abroad: jihadis returning home from fighting in Syria might cause trouble in Western countries, governments feared.

More significant in the changing news-scape is the Internet, which has made the job of foreign correspondents more complex and demanding, and given them the tools with which to feed the beast.

Laptops and mobile telephones with high-definition cameras, satellite communications and broadband connections all link a journalist to the news desk around the clock. She has less time to report the story, reflect on what she’s covered (and – why not? – relax a bit on a busy day) because she has to write and file the story, do an interview to camera, file digital pictures and probably contribute to the organization’s Twitter account and Facebook page.

Back in the mid-1990s in Vietnam, when a story broke the whole office jumped into the office car – Nam the reporter, Viet the driver, Vinh the TV cameraman, Claro the stills photographer and yours truly, bureau chief. We covered the story and returned to the office to send our reports. I’ve no doubt it isn’t that different in Hanoi today, but all the jobs may well be done by one person.

One thing that hasn’t changed is dealing with authoritarian governments such as Egypt’s. The jail sentences recently passed on the Al-Jazeera journalists in Cairo came as no surprise, given the turmoil in Egypt in the past three years.

Against the tide of international criticism provoked by the sentences, the government will no doubt dig in and display trademark obduracy — just as it would have done under ousted President Hosni Mubarak.