The victory of a nationalist in Iraq’s elections has hit Iran’s interests and begs the question of whether Tehran’s influence in the Middle East has peaked. 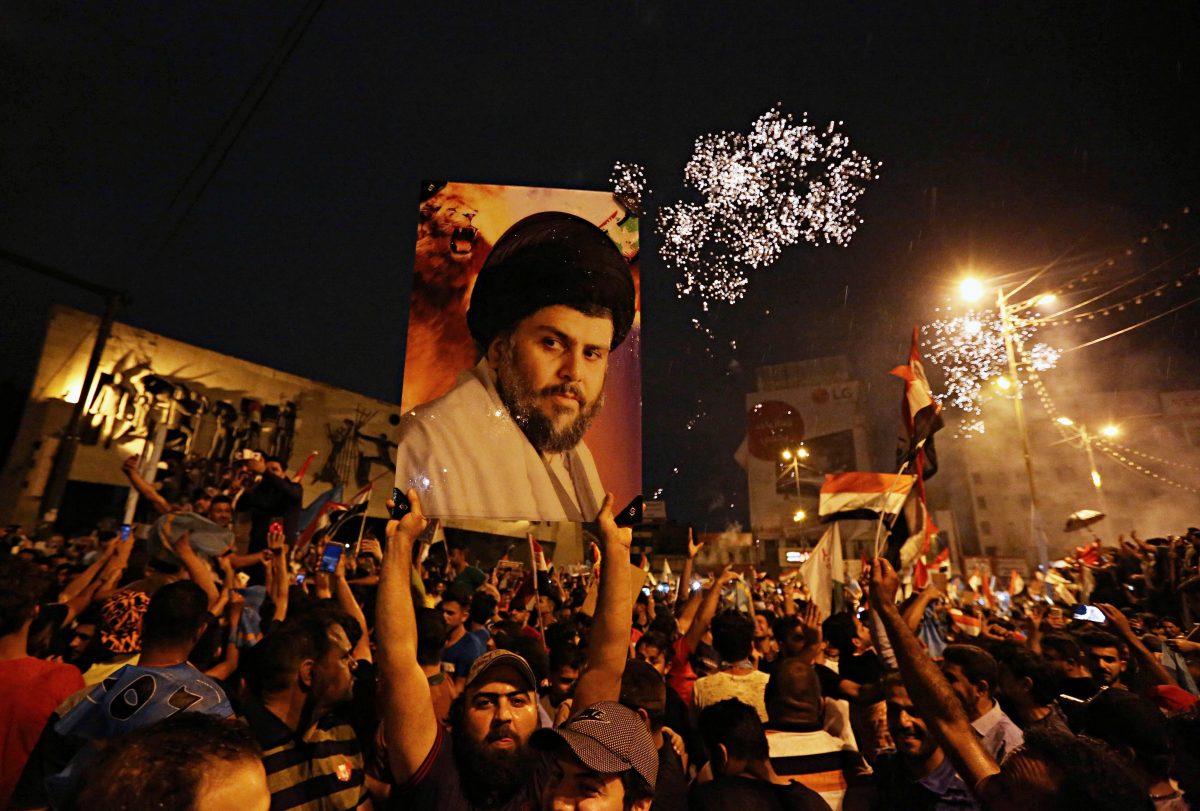 Much of the media space devoted to Iran these days has focused on U.S. disavowal of the internationally recognized nuclear deal and Israeli airstrikes on Iranian interests inside Syria. And with good reason, for the situation on both fronts is rife with opportunity for the sort of miscalculation, blowback and unforeseen consequence that can easily lead to war.

But there is another development bubbling under the surface that may, in the long term, prove more of an existential threat to the Islamic Republic than the (so far) unlikely event of cataclysmic armed conflict with Israel and its superpower protector, the United States.

This is none other than Iran’s continued inability, almost 40 years after the Islamic Revolution, to resolve the tension between the country’s geopolitical interests and its radical political theology.

Is it a traditional nation state, with rights and duties toward its citizens, as well as toward other nations?

Or is it a messianic movement that claims unquestioned religious leadership of the world’s 200-odd million Shi’ites and, beyond that, of the entire Muslim ummah, or community of believers?

The late Ayatollah Khomeini claimed a religious justification for a clerical state while in exile in the 1960s and then – much to his own surprise – saw it put into place quickly after the revolution he led against the Shah.

Since his death in 1989, the ruling clerics have only wrapped themselves tighter in God’s embrace to compensate for their lack of anything like Khomeini’s charismatic authority.

The result is the assertion, in the face of centuries of Shi’ite tradition and law, of absolute clerical authority and infallibility. Any opposition in today’s Iran to the ruling elite is, by definition, moharebeh, or “fighting against God,” punishable by death.

As revolutionary ideology, this proved extremely effective as the radical clerics and their supporters swept aside strong challenges from the liberal intelligentsia, nationalists, communists and the like. It has also proved effective in clamping down on periodic flare-ups of domestic unrest.

But as a governing precept of a populous, highly educated and potentially rich regional power, it has been a resolute failure.

Not surprisingly, repeated inability to improve standards of living, boost the economy, provide suitable jobs and creative outlets for its educated young citizenry or free the nation from its international isolation has left the “infallible” ruling clerics to shoulder the full moral and political costs.

A potential alliance between religious leaders and ordinary Iranians

Cynicism toward the ruling clergy is running high, and many ordinary Iranians who once steered clear of dangerous religious debate are openly questioning the theological basis of a system that gives ordinary mortals god-like power. Here, they are supported by a strong quietist tradition among many Shi’ite scholars and other religious figures.

In March, internal religious resistance to the notion of absolute clerical rule, long hidden from view, boiled over when leaders of a prominent clerical dynasty, dating back to the 19th century, openly condemned Supreme Leader Ayatollah Ali Khamenei’s claims to represent God on earth.

While the state crackdown that followed was met with only modest public protests, the incident nonetheless suggests a potential alliance between influential religious leaders and ordinary Iranians to challenge Khamenei and the system of clerical domination he heads.

Until now, opposition on theological grounds has largely been kept out of the public sphere and restricted to Iran’s seminaries, study groups and reading circles of religious scholars and their students.

This same uneasiness over whether a fallible human has divine authority has taken firm root among overseas Shi’ites. This is particularly notable in neighboring Iraq, where the top Shiite cleric, Grand Ayatollah Ali al-Sistani, has steadfastly opposed Iranian-style clerical rule.

Now, the latest elections in Iraq suggest a growing repudiation of Iran and its ideology on the part of ordinary Iraqis.

The victory of the nationalist figure Moqtada al-Sadr dealt a blow to Iran’s interests, represented by the second-place coalition of Shi’ite militias funded and directed by Tehran.

Significantly, Sadr and his own coalition won not only in Baghdad but also in the Iraqi clerical stronghold of Najaf, an important center of religious opposition to Iranian-style theocratic rule.

Analysts say that even the militias’ runner-up showing nationwide was more a result of their claimed success defeating Islamic State ISIS in Mosul and Tikrit than any pro-Iranian sentiment among voters.

Taken as a whole, then, Sadr’s success underscores Iran’s struggle to export its vision of an Islamic state, even in Shiite-majority states, while also safeguarding its own, more traditional geo-political interests.

With a coordinated U.S.-Israeli campaign only adding to its mounting list of woes , it is not hard to see a forced retreat by Iran from the considerable sphere of regional influence it has built up since the destabilizing U.S. invasion of Iraq in 2003.

In other words, as The Guardian newspaper was right to ask, has the Middle East now reached “peak Iran”?

Jonathan Lyons, PhD, served as a foreign correspondent and editor for Reuters for more than two decades, much of that time in the Muslim world. He is the author of, among other titles, Answering Only to God: Faith & Freedom in 21st-Century Iran and Islam through Western Eyes: From the Crusades to the War on Terrorism. He lectures frequently on the relationship between Islam and the West. You can view his website here.