Rivalry between Iran and Saudi Arabia, aspirants for leadership of the Islamic world, is at the crux of conflict across the Mideast, with deadly results. 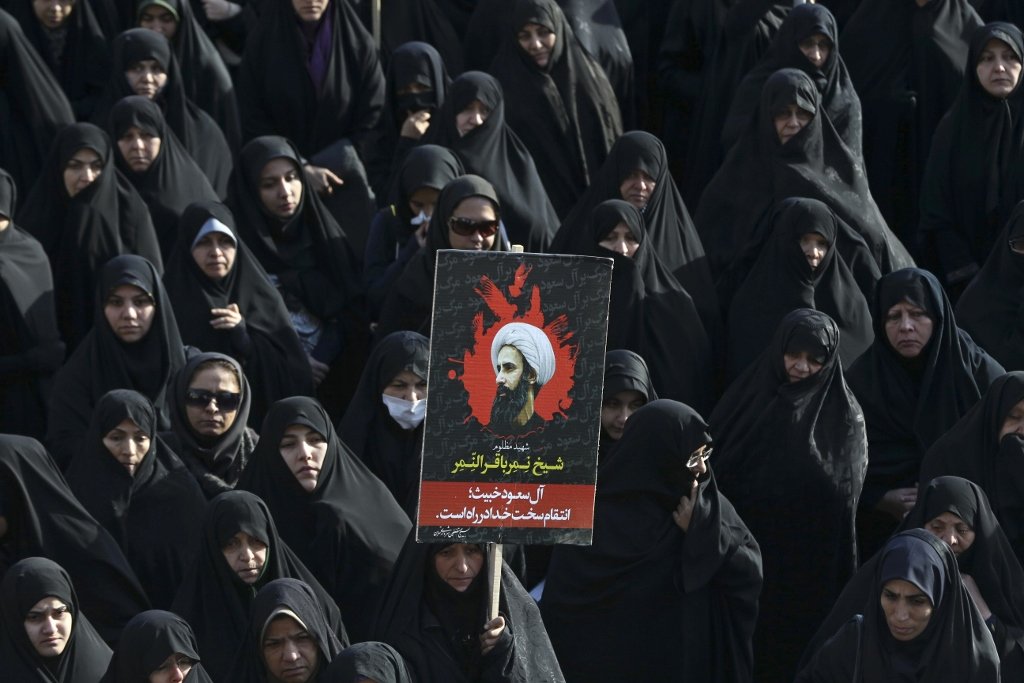 Below is a decoder on the rivalry between Iran and Saudi Arabia for supremacy in the Islamic world — a struggle that is playing itself out across the Middle East and the Gulf. In its latest twist, Lebanon’s Prime Minister Saad al-Hariri resigned on Saturday, accusing Iran and its Lebanese ally Hezbollah of sowing strife in the Arab world. He announced his resignation in a broadcast from Saudi Arabia. For more decoders on big issues, click here.

Rivalry between Iran and Saudi Arabia, both aspirants for leadership of the Islamic world, has long bedeviled the Middle East.

Large swaths of the region are now proxy battlegrounds where local conflicts have become intertwined with the contest between Tehran and Riyadh.

The active involvement of several thousand U.S. troops on the ground in Iraq, as well as that of Russian air power in Syria, has only intensified and complicated the struggle for influence in a volatile region devastated by multiple conflicts.

Saudi Arabia, a close ally of the United States, backed Sunni-led Iraq in Saddam Hussein’s 1980-88 war with Iran, only turning against the Iraqi ruler when he invaded Kuwait in 1990.

The U.S.-led invasion of Iraq in 2003 dismayed the Saudis, who realized that Saddam’s removal and the empowering of the country’s Shi’ite majority would hand Iran a huge geopolitical advantage.

Iran has exploited this to the full, outflanking the United States, Saudi Arabia and its allies in Iraq, Syria and Lebanon in recent years.

Seeking to counter perceived Iranian influence in its own back yard, Saudi Arabia, with Western support, has embroiled itself in a costly, unwinnable war in Yemen that has since produced one of the world’s worst humanitarian crises.

Israel now sees the Saudis, who once led an OPEC oil embargo against countries viewed as supporting the Jewish state in the 1973 Middle East war, as de facto allies in its own struggle against Iran.

U.S. President Donald Trump shares Israel’s skepticism about the 2015 international nuclear deal with Tehran and has reaffirmed the U.S. alliance with Riyadh.

Iranian-Saudi rivalry, laced by mutual distrust, is unlikely to recede.

Saudi Arabia has long worried that Iran, with its proven ability to project power in weak states, is bent on extending a Shi’ite crescent of influence across Iraq, Syria and Lebanon to the Mediterranean — a project that now looks close to fruition.

Iran in turn fears the U.S. military presence in the Gulf that protects Saudi Arabia and other nearby oil producers. It also feels the sting of lingering U.S. economic sanctions, even though the nuclear deal led to the lifting of others.

Tehran views Riyadh as a U.S. proxy inhibiting Iran from assuming what it considers its rightful place as a regional leader.

The two powers are ideological adversaries, too. Iran’s anti-monarchical and anti-Western revolutionary rhetoric challenges the legitimacy of the Saudi leadership.

Fearing a drive by Iran to export its Islamic revolution, Riyadh tends to see an Iranian hand in any domestic unrest among its own Shi’ite minority or in neighboring Bahrain, where it intervened militarily in 2011 in support of Sunni rulers facing pro-democracy protests by majority Shi’ites.

Saudi Arabia, ruled by the royal family in tandem with a deeply conservative religious establishment, has promoted its own ideology abroad.

Saudi money has funded the building of mosques and outreach across the Muslim world to spread the kingdom’s Wahhabi doctrines. Puritanical strains of Wahhabi thought have been espoused by Sunni militant groups such as al Qaeda and Islamic State (IS) to recruit and radicalize supporters.

Iran and Saudi Arabia have supported competing factions in Iraq, Syria, Lebanon and elsewhere along the Sunni-Shi’ite divide, exacerbating sectarian differences in those fractured states.

Iran wields considerable influence over Iraq’s Shi’ite-led government, backing its political commitment with economic investment and sponsoring, arming and guiding various Shi’ite militia groups. These include the mostly Shi’ite Popular Mobilization Force (PMF), a loose coalition of militias organized in the fight against IS and now being slowly integrated with regular Iraqi forces.

In Syria, Iran has been determined to ensure the survival of President Bashar al-Assad’s rule. Syria, then ruled by Assad’s father, was the only Arab country to support Iran in the 1980-88 war with Iraq, and greatly facilitated the rise of Hezbollah, an Iranian-sponsored Lebanese Shi’ite political-military group.

The military involvement of Russia, Iran, Hezbollah and other Shi’ite militias turned the tide in Syria’s civil war in Assad’s favor at the expense of rebel militias, some of which were supported by Saudi Arabia, the United States and other countries such as Turkey, Jordan, the United Arab Emirates and Qatar.

In Lebanon, Hezbollah has become the most powerful political and military movement with effective veto power over the government. It has allied with other political forces, including Christian factions, leaving its main Sunni-led, Saudi-backed opponents isolated and impotent.

Fully aligned with Iran, Hezbollah has thrown its military weight behind Assad in Syria, spearheading the fight against rebels alongside other Iranian-backed Shi’ite militia fighters from Iraq, Afghanistan and Pakistan.

Prospects for international mediation to reduce persistent Saudi-Iranian tension appear dim for the moment, given U.S.-Russian antagonism and the Trump administration’s visceral hostility to Iran.

Iran and the United States have been implacable foes since the 1979 Islamic revolution, in stark contrast to the U.S. alliance with Saudi Arabia, which has survived even shocks such as the Sept 11, 2001 attacks on America in which 15 of the 19 suicide plane hijackers were Saudi citizens.

Despite the rhetoric of hardliners in Tehran and Washington, the two countries do have some shared interests, most obviously in defeating IS, which nurtures a violent ideological hatred of Shi’ites and the West.

Iran and the United States also found common ground in clinching the agreement with major powers under which Iran has scaled back its nuclear program in return for sanctions relief and the return of frozen assets.

Trump has severely criticized the deal, the signature foreign policy achievement of his predecessor Barack Obama, even though it reduced the prospects of a nuclear arms race in the Middle East or of a full-scale war with Iran involving Israel and the United States.

For now, however, the United States seems reluctant to take on a more muscular role in the Middle East, where it has often come to grief in the past, leaving Iran a freer hand to reshape the region — to the chagrin of Saudi Arabia.

Chermaine Tay is currently completing a dual master’s at Sciences Po in Paris and the London School of Economics. Previously she worked as a security specialist with International SOS and Control Risks.