Decoder: How Iran’s revolution led to an Islamic theocracy

Revolutions lead in uncertain directions. Today, the effects of Iran’s revolution are still being felt on geopolitics, women’s rights and global conflict. 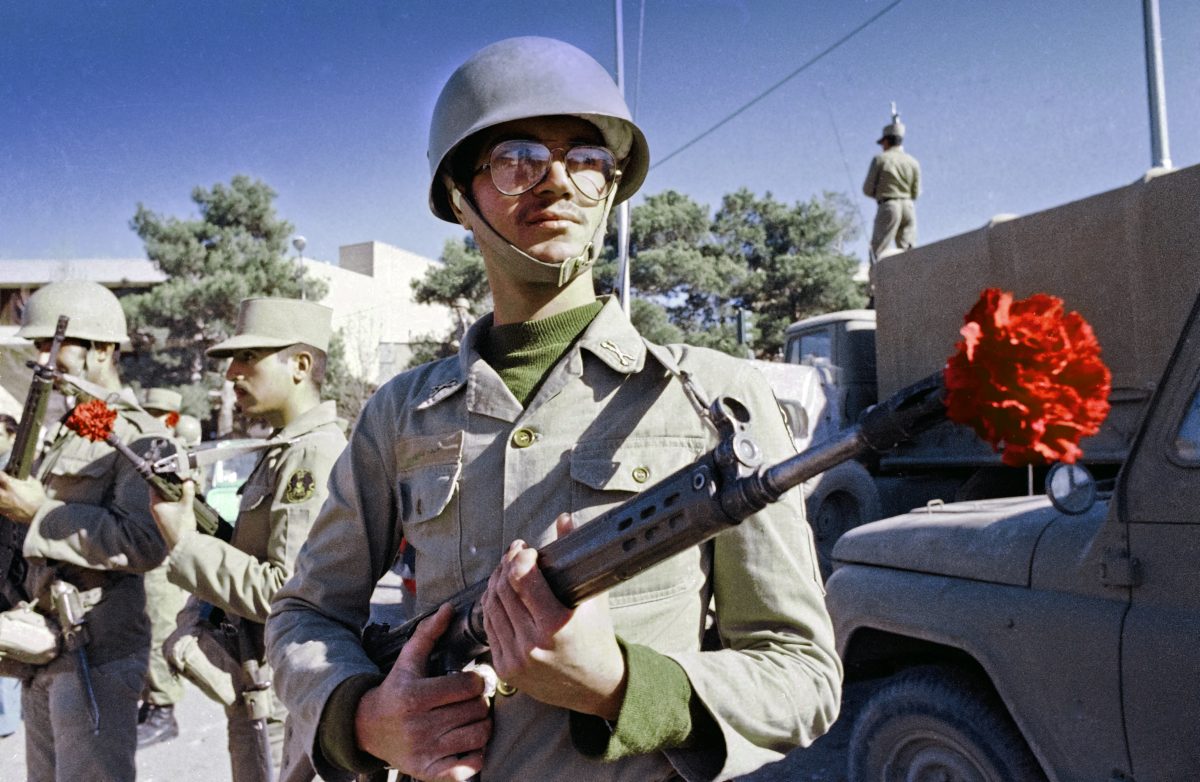 An Iranian soldier during a demonstration in Isfahan, Iran, December 1979 (AP Photo/Michel Lipchitz)

This is the second of two articles by News-Decoder correspondents who were in Iran 40 years ago during its revolution, which toppled a dynastic monarchy and created an Islamic Republic.

Four decades might seem an eternity for our younger readers, but shock waves from those events in Iran are still rumbling through the Middle East and beyond.

To understand international relations today, one must pay heed to the course of events in Iran and the impact they have had on the entire region and the world.

A pariah in the eyes of its enemies, a proud pioneer for others, Iran plays a crucial role in efforts to bring lasting peace to the war-torn Middle East and in ensuring global security.

A revolution follows not so much the predictable course of the stars, from which the word derives, as it does the random spin of the roulette wheel.

Forty years ago in revolutionary Iran, in the spring of 1979, the ball was still in the air.

Admittedly, 98 percent of eligible voters had opted in March of that year to establish an Islamic Republic to replace the despised Pahlavi dynasty. But there was little agreement about what that actually meant in terms of where real power would reside in the post-Shah state.

The only voice that went unchallenged was that of Ayatollah Ruhollah Khomeini, who in exile had galvanized the disparate elements of a year-long revolt that drove the monarch from power.

The Imam has spoken.

Competing factions — social conservatives, leftists, secularists, the Islamic-Marxist People’s Mujahedin, the pro-Soviet Tudeh party — all deferred to Khomeini, principally as a tactic to reinforce their own partisan revolutionary credentials.

“Emam goft” — the Imam has spoken — was a phrase used as the trump card in many a political disputation.

The left had wanted a vote on establishing a People’s Republic in the March referendum, while centrist secularists preferred to opt for a straightforward Republic of Iran. Khomeini decreed that what the nation wanted was an Islamic republic. Emam goft.

Rule by Iran’s hierarchical Shia clergy, however, was far from a foregone conclusion in the spring of 1979. Had Khomeini himself not warned his fellow divines that a direct political role for the clergy would lead to its destruction?

Some ended up back in exile.

A shadowy Council of the Islamic Revolution, which included both democratic constitutionalists and those who favoured sharia law, ostensibly governed the new republic.

Visible administration, if not political power, was in the hands of a disparate group of exiles who had returned home with Khomeini. Many made the mistake of thinking they could establish their own political supremacy by claiming to act in Khomeini’s name.

Some ended up back in exile — or worse.

The 72-year-old Mehdi Bazargan, who survived for nine months as the new republic’s first prime minister, was to complain that governing Iran was like running a town “with a hundred sheriffs.”

Women in jeans and T-shirts demonstrated on the streets.

Not many were to hear his lament. It was aired after midnight by a state broadcaster that had been taken over by his radical opponents.

On the streets, predominantly middle class secular nationalists were confronted at demonstrations by shaven-headed youths from the slums of south Tehran. These were adherents of the Party of God — the Hezbollah.

The former included women in jeans and T-shirts. The all-enveloping chador, associated in urban middle class minds with either peasants or prostitutes, would not be made compulsory for another year.

Destroy or keep the wine?

Order, such as there was, was imposed by a range of self-appointed “komitehs” recruited from mosques, neighbourhoods or workplaces.

At the hotel that served as a base for the visiting foreign press, there was a stand-off one night between one staff komiteh that favoured destroying the contents of the extensive wine cellar and another that said it should remain available to non-Muslim guests. The Swiss manager tipped the scales in favour of the prohibitionists.

The determining event of the first year of the revolution was the seizure of the U.S. embassy in November, the start of a hostage crisis that was to last 444 days.

Leftist militants had seized the building shortly after the triumph of the revolution in February, but had obeyed the new regime’s order to quit.

The seizure of the U.S. embassy was effectively a coup.

However, Khomeini backed the November seizure, which was associated with what was effectively a constitutional coup to curb the aspirations of nationalists and secularists. The coup’s mastermind was Ayatollah Mohammad Beheshti, the standard-bearer for the clergy’s dominance in politics.

He was assassinated in a bomb attack in 1981 which Khomeini blamed on the once loyal People’s Mujahedin (MEK). Although enthusiastic backers of the embassy takeover, its militants had been squeezed out by political rivals. After going underground, the movement found asylum in Iraq during the eight-year Iran-Iraq war.

Having been long regarded in the West as terrorists, the formerly Islamic-socialist MEK has morphed into a cult that has successfully cozied up to officials in the administration of U.S. President Donald Trump through their shared vision of toppling the Tehran regime.

Now, who would have put their money on that number coming up in the revolutionary roulette of 1979? 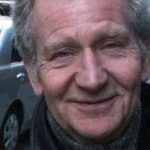 Harvey Morris was bureau chief for Reuters in Iran from April 1979 until June 1980, during crucial moments in the country’s revolution. Key events while he was there included the takeover of the U.S. embassy in November 1979 and the aftermath, including a failed U.S. rescue raid. In his distinguished career, he has worked also for The Independent and the Financial Times. He has covered revolutions, wars, politics and diplomacy in the Middle East, Europe, Africa and North and South America in more than 40 years as a journalist, including on-the-ground reporting of the Portuguese, Nicaraguan and Romanian revolutions. He has written three books on the Middle East and is co-author, with John Bulloch, of the 1992 “No Friends But the Mountains: The Tragic History of the Kurds.”