The iPhone is the essence of global trade

Tempted to erect trade barriers to protect jobs at home? Think again, says Alan Wheatley, who holds up the iPhone as “the essence of trade.”

High school students participating in a mini-course on the U.S. elections recently peppered News-Decoder correspondent Alan Wheatley with tough questions during a segment devoted to the international economy.

If you had any doubts that young people are keen to understand the central issues in this year’s U.S. presidential election, read some of the exchanges between the students and Wheatley.

They touch on America’s traditional role in the global economy, trade, jobs, China and the iPhone — a gadget that Wheatley believes captures the essence of globalization and trade.

Q: You said that America has shaped the world through trade by encouraging countries to get involved in an open economic system. How so? What steps did America take to do this?

Wheatley: The U.S. economy and political system are built on open, dynamic markets. The U.S. has promoted these internationally with great success. (The U.S. won the Cold War, which among other things was a triumph for free markets over Soviet planning.)

Trade involves playing by international rules, which are enforced by the World Trade Organization. The WTO acts as a court and can punish countries that break the rules by, for instance, providing unfair subsidies to its companies or dumping goods.

The International Monetary Fund acts as a similar overseer for the global economy. The Organisation for Economic Co-operation and Development works through peer pressure to encourage governments to follow best-practice economic and social policies.

International financial institutions dominated or influenced by the U.S. are just one way in which the U.S. has spread its values.

Countries that trade closely with each other are less likely to go to war. Here’s a “fact” too good to be checked: no two countries that have McDonald’s restaurants have ever gone to war.

Trade gains are spread widely but pain is concentrated.

Q: Out of all the problems created by trade, what would you say is the biggest problem?

Wheatley: How pain is concentrated, and hard to soothe, before bigger but hard-to-detect gains show up.

Q: I am curious as to how you can cushion the blow of trade. If a change is made, it probably ends up making someone else upset while making another content. Is there ever an adjustment that could be made to make everyone satisfied?

Wheatley: In the real world, no. That’s why it takes years to strike trade deals. Lobbyists for industries that will gain are pitted against those that will lose. Access for my underpants for your bananas is one way of looking at it. Reaching compromises is tough; to cushion the blow, governments can provide transitional assistance and step up training for workers who lose their jobs.

Q:  What do you think about the unemployed in the U.S.?

Wheatley: Our governments should spend more on education than anything else so everyone develops the skills needed to hold down a good job. Not everyone can be a rocket scientist, mind you. We should attach greater importance to blue-collar jobs, like Germany does, and value vocational training.

Don’t kill the goose that laid the golden egg.

Q: Should the United States continue trade with China?

Wheatley: Most definitely it should. Why?

But yes, competition from China has cost jobs and lowered wages. The answer is to tackle those problems by helping displaced workers to find new jobs, not to kill the goose that laid the golden egg.

China has benefited, but so have we.

Q: How did China create this rise in trade that put people out of poverty?

Wheatley: They opened their markets when they joined the WTO, which sucked in vast amounts of export-oriented foreign investment, not just state-of-the-art factories but also first-rate management expertise. They also had the assurance from their WTO accession that the U.S. would not raise tariffs against Chinese exports.

The other ingredients were plenty of cheap capital (China’s national savings rate is an astonishing 50%), tax breaks for land, water, power and the migration of millions of peasants to factories on the east coast who were willing to work long hours for low pay in search of a better life.

The result is an eight-fold rise in average per capita incomes in 15 years. So sure, China has benefited, but so, as I have argued, have we on balance.

Q: You talked about how trade was good for the growth of the country, but how can trade hurt a country?

Wheatley: Trade can be “harmful” if it leads to a big trade deficit because that shows a country is living beyond its means.

It then has to tighten its belt, perhaps by turning to the IMF for an emergency loan. The IMF will impose harsh conditions, including government spending cuts, and will insist on a lower exchange rate to encourage exports and reduce imports.

A cheaper exchange rate reduces a country’s standard of living, as the UK is discovering. The pound has dropped 15 percent against the dollar since the Brexit vote on June 23.

The case for free trade

Q: How do you think the 2016 candidates in the U.S. election will affect the international economy and the role of the U.S. as an international leader?

Wheatley: If Trump is elected and even tries to do some of the things he’s spoken about (building a wall with Mexico, slapping 45% tariffs on China, abandoning America’s treaty allies in NATO, refusing to intervene if North Korea attacks South Korea or Japan, and potentially renegotiating U.S. Treasury debt) he would plunge the world into recession, destroy the foundations of the post-war international order, ruin America’s credibility and standing in the world and open the door for authoritarian states such as Russia and China to exert more influence on global affairs. Under Clinton, not much would change.

Q: If NAFTA has caused the American car sector to lose an estimated 350,000 jobs, how could it possibly be a good thing for the U.S. to have agreed to be a part of the deal, and why would they continue to adhere to the deal?

Wheatley: Fair question that goes to the heart of the case for free trade. If something can be produced more efficiently in another country — in this case assembling cars in Mexico — then it allows America to reallocate labor, capital and factories to higher-value activities where the U.S. has a comparative advantage over Mexico.

I realize this sounds horribly like an uncaring, textbook answer. But remember: 40% of the value of each car exported by Mexico was added in the U.S. in the form of design, software and some components, so America has retained the higher-value activities for itself. At the same time, it has freed up resources to be redirected to new enterprises, such as battery-driven cars, driver-less cars, where Mexico can’t compete.

The fallacy of “bringing jobs back home”

Q: Donald Trump seems to believe that we are falling behind China and that we need to limit their growth by making the U.S. a more self-sustaining country. Do you agree?

Wheatley: The U.S. is NOT falling behind China. The U.S. is light years ahead of China. Its per capita gross domestic product is eight times bigger than China’s. China is catching up, but millions of Chinese still live on less than $2 a day and do not have access to running water and things that you and I take for granted.

It’s true that China has relied on knowledge acquired (sometimes stolen) from countries including the U.S., Germany and Japan. But this is a natural process of catch-up that all developing economies go through because they are far from what economists call the technological frontier.

Q: I was interested in learning that the iPhone comes from many different countries. What would make people want to buy an iPhone made in America rather than another country?

Wheatley: They wouldn’t. They’d buy a phone made by Samsung or some other competitor who could make it more cheaply. So your example illustrates the fallacy of Trump’s suggestion that “bringing jobs back home” would be a solution to anything. 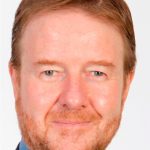 Alan Wheatley is an economics writer and editor based in London, and a founding editor of InFacts. Until recently, he was Reuters’s global economics correspondent, reporting from more than 40 countries and living in London, Frankfurt, Paris, New York, Washington, Tokyo, Singapore and Beijing. He is the editor and co-author of the book “The Power of Currencies, Currencies of Power,” which explores the consequences of looming challenges to the dollar’s status as the world’s pre-eminent reserve currency.