Instagram’s new “Stories” platform taps into a human desire to share emotions and is re-shaping global marketing and social media. 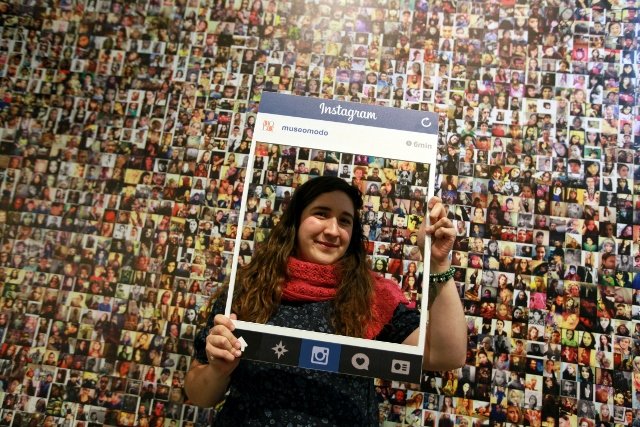 A woman with a frame of Instagram, Mexico City, Mexico, 26 November 2014.
(EPA/Sashenka Gutierrez)

We encourage our young readers to share experiences and to shed light on different aspects of the world. Most of our stories relate to international news and big global themes. But we want young people also to use News-Decoder to share their passions, including career opportunities and sectors that interest them

Today, one of our ambassadors discusses social media marketing and Instagram’s newest feature.

Instagram has launched its “Stories” platform, and like Snapchat, the visuals and videos disappear after 24 hours. Such short-lived content reinforces the users’ feeling of exclusivity upon seeing behind-the-scenes posts by celebrities, brands or “micro-influencers” such as bloggers or campus personalities.

Instagram CEO Kevin Systrom says he aims to “lower the bar for sharing all types of photos and video — and not just the carefully planned and painstakingly touched-up photographs that are typical of the service.” For brands, that high bar was associated with traditional advertising, which is now largely ignored by young consumers.

For example, Ivy Park, an activewear partnership between Beyoncé and Topshop, can see the Topshop and Ivy Park Instagram accounts post branded content starring Beyoncé, while having untouched clips of the singer rehearsing in Ivy Park attire as “Story” clips. We get a glimpse of what Beyoncé, the performer, does behind the scenes, while appreciating what Beyoncé, the influencer, does front-and-center in a high-quality fashion ad.

Over time, Instagram has developed a reputation for demanding high quality, exemplified by its trademark photo filters. Celebrities including Beyoncé and Kim Kardashian have been accused of photo-shopping personal photos to look slimmer and to meet the expectations of Instagram users.

Both Instagram and Snapchat were founded by young American entrepreneurs. Systrom launched Instagram four years after graduating from Stanford University, while the founders of Snapchat launched the app while they were Stanford students after creating the prototype for a class project.

The U.S. West Coast college-centric startups have emerged as global social media phenomenons. In fact, Instagram’s users are mostly from outside the United States, and Ireland is the top country for Snapchat usage.

High-quality, filtered posts contributed significantly to the rise of Instagram’s popularity, but that may have put off potential users who did not feel the urge to elevate themselves to such standards. Snapchat caters to friends sharing fun, carefree “snaps”.

Now, Instagram has Snapchat’s raw, upbeat functionality to complement its users’ finely-crafted visuals. This is game-changing for both brands and users. Users around the world can now get the airbrushed side of Instagram while having the option to post Stories with more of a raw feel. Brands can communicate more compelling messages through the duality of staged ads along with celebrity behind-the-scenes, bloopers and exclusive footage via “Stories”.

Storytelling transcends languages and borders. The basic idea of Instagram, Snapchat and other popular social media platforms is to share life’s moments and to stay connected with those who matter in our lives.

Instagram “Stories” builds on the platform’s success while borrowing from Snapchat’s hallmark features. Both apps tap into a desire to share stories and are shaping marketing and social media around the world.

Robert Conner is from Thailand and will be starting his undergraduate studies later this month as Swarthmore College in the United States. After graduating in 2015 from the Phillips Exeter Academy secondary school in the United States, he spent a gap year in Thailand. Robert has a keen interest in human rights in addition to marketing.