I was an in vitro baby. IVF is disputed — but widespread.

I was conceived through in vitro fertilization. My year in Spain has given me a chance to see both sides of this controversial procedure. 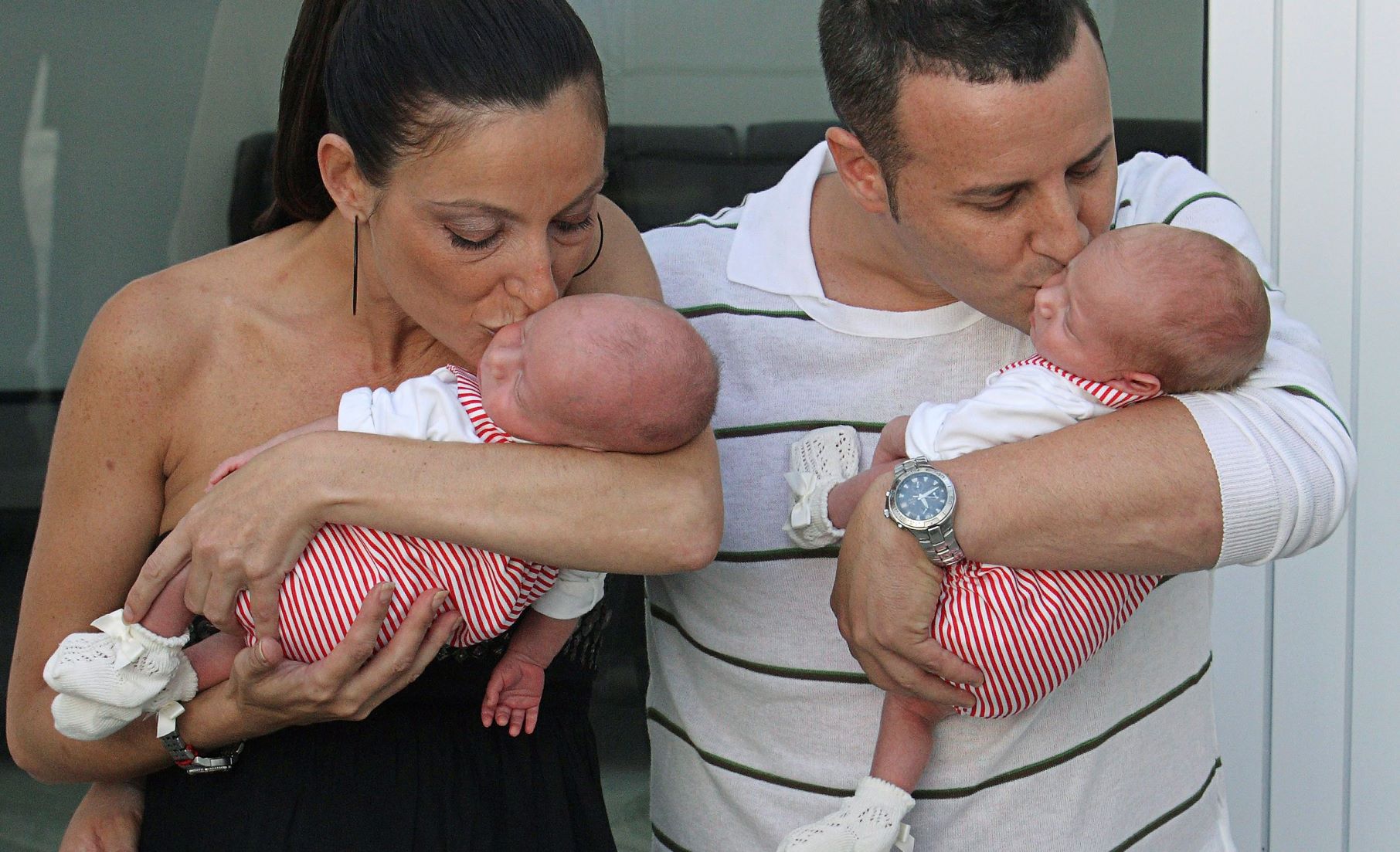 An Argentinian couple with twins born after the implant of ovarian tissue and in vitro fertilization in Valencia, Spain, 8 September 2009 (EPA/BIEL ALINO)

Ever since I was little, my parents have been open with me about how I was conceived. They explained that even though they loved each other, they needed help having a second child. To have me, they turned to in vitro fertilization (IVF) — combining an egg with sperm outside the womb.

Given my own path to birth, it’s little wonder that I have long been fascinated by this contentious procedure and have yearned to understand contrasting perspectives that exist about IVF.

Although less controversial today than in 1978, the year that the first “test tube baby” was born, IVF continues to be regarded as both revolutionary and problematic in many parts of the world. Spain — where I am living for this academic year — is an interesting case study.

Spain is a traditional country, steeped in rich religious history that is still prevalent in many aspects of life. Seventy percent of the country’s population identifies as Catholic, according to a 2017 survey by the Centre for Sociological Research. And the Catholic Church considers IVF and other forms of assisted reproductive technologies to be morally wrong.

Still, Spain is one of the leading destinations in Europe for women seeking reproductive assistance. The government has created a legislative and policy regime that makes it safe, accessible and cost-effective for women to obtain IVF.

In 2006, the country passed a law that allows women to seek assistive reproductive technology regardless of their motivation. Single women who want to be a single parent, same-sex couples, women interested in postponing pregnancy past their childbearing prime and women keen to avoid fertility complications all became eligible to access reproductive technology in Spain.

Today, the only eligibility criteria is that both the donor and recipient must be at least 18 years old and pre-menopausal, and willing and reasonably likely to succeed as candidates for the procedure. The government has imposed regulations that guarantee the anonymity of donors, according to the Instituto Bernabeu, a Spanish reproductive clinic.

Spain’s policies are some of the most inclusive and progressive in Europe, which “remains a patchwork of local legislations,” according to the European Society of Human Reproduction and Embryology. Unlike Spain, a number of European countries prohibit certain types of individuals, such as single women, from IVF or prohibit egg donations or embryo adoptions, the Instituto Bernabeu website notes.

Spain’s permissive legislation has helped make the country one of the main treatment destinations in Europe.

In 2011, there were 15,600 IVF treatments in Spain, compared to a combined 6,500 treatments in Belgium, Britain and the Czech Republic, according to a 2016 article in The Local news website. Like my parents who traveled from New York to California to undergo IVF treatment in the early 2000s, women now travel across Europe or even the world to access treatment in Spain.

Notwithstanding Spain’s international standing as a destination for IVF, many people in Spain continue to oppose the practice.

Some see artificial insemination as dehumanizing.

As a student in Zaragoza, a city in the autonomous community of Aragón, I have listened to Catholic professionals about their views on IVF. At a theology class led by Reverend Daniel Granada Cañada, a professor at the University of Navarra, I heard guest speaker and practicing Catholic gynecologist Dr. María Victoria Guitiérrez discuss IVF and other assistive reproductive technologies.

“Artificial insemination within a marriage cannot not be allowed because the technical procedure is not a substitute for the conjugal act,” Guitiérrez said.

In effect, artificial insemination dehumanizes the process of conception, disrupting its marital aspect, by making it “a sale,” rather than a personal act, she said. Eggs and sperm become a commodity that are bought and sold at different prices depending on specific characteristics and traits. This can lead to more serious consequences, Guitiérrez said, such as “lies, corruption and injustice.” Professor Granada seconded Guitiérrez’s statements.

Their views are articulated in the Catechism of the Catholic Church, a document that states the official position of the Church on doctrinal matters. The catechism asserts that assistive reproductive techniques involving only the married couple “are perhaps less reprehensible” than procedures involving sperm or egg donations, “yet remain morally unacceptable.”

Still, absent policy change at the governmental level, it seems unlikely that opposition to IVF by the Catholic Church or others will impede the popularity of this procedure in Spain or worldwide. IVF accounted for 1-3% of all births in the United States and Europe, according to a 2017 article in the journal of Missouri Medicine.