In a dramatic turnabout, Turkey has launched air strikes against Islamic State (IS) forces that hold territory in neighboring Syria and Iraq.

After a year in which Turkey stood aside from a struggle to defeat IS jihadists, the Ankara government’s decision to join the fight came as welcome news to its allies, including the United States.

What is worrying those allies, however, is that Turkey has simultaneously seized the opportunity to attack strongholds of the Kurdistan Workers Party (PKK), a banned Kurdish rebel movement with which it had been holding so far inconclusive peace talks.

That has raised the question whether the administration of President Recep Tayyip Erdogan is more interested in eradicating an old enemy — the PKK — rather than the new one — IS.

So who are the players in this increasingly complex struggle?

First there is Erdogan, Turkey’s increasingly authoritarian president since last year, who has sought to strengthen the constitutional powers of what was a largely ceremonial post.

That project came unstuck in June in indecisive parliamentary elections in which the ruling AKP party, founded by Erdogan himself, failed to win an outright majority. In a hung parliament, 80 seats went to the pro-Kurdish People’s Democratic Party (HDP), offering Turkey’s 20 percent Kurdish minority a democratic alternative to the outlawed PKK.

Until now Ankara had maintained an ambivalent attitude towards Islamic State.

One of Mr Erdogan’s main domestic policy achievements in his last term as prime minister before being elected president was to have initiated peace talks with the PKK and its leader, Abdullah Ocalan, jailed in an island prison just off Istanbul.

In March, 2013, progress in the talks led to the PKK declaring a ceasefire in its 30-year war for the establishment of an independent Kurdish state that had claimed 40,000 lives.

Lack of progress since then led to Kurdish frustration and an upsurge in ceasefire violations. The stalled peace process coincided with the upsurge of IS, which swept out of its Syrian strongholds in mid-2014 to seize a large swathe of eastern Iraq.

Until now Ankara had maintained an ambivalent attitude towards the movement. Although IS controlled territory up to the Syrian border fence, the Turks took no measures against them.

Turkish forces also stood by as IS put a stranglehold on the Syrian Kurdish border town of Kobane, within sight of the frontier.

Turkey’s inaction sparked claims that Ankara was actually in league with the jihadists.

Turkey’s reluctance to be drawn into the battle of Kobane was easy to understand. In the chaos of the Syrian civil war, the Kurdish Democratic Union Party (PYD) had seized control of the border region and declared autonomy.

The trouble from Ankara’s perspective is that the PYD is an ally of the PKK.

To deny IS a victory, Western allies launched air strikes in Kobane, which eventually turned the tide against the jihadists. It might have suited Ankara better had the town fallen to IS. Much of the Syrian frontier zone is now controlled by triumphant Kurds who could provide a destabilizing inspiration to their fellow Kurds across the border in Turkey.

The complex relationships have just got more complicated.

The motivation for Turkey’s belated military action against IS was a suicide bombing that killed 32 people just inside the Turkish border on July 21. Ironically, the victims were pro-Kurdish peace activists heading south to help rebuild Kobane.

But as Turkish jets retaliated by striking IS targets in Syria, others were headed for the skies over Qandil to strike the PKK. This was in response to a series of PKK attacks, including the killing of two Turkish policemen, that violated the ceasefire – a truce since repudiated by the PKK military leadership.

Mr Erdogan has since called for the prosecution of leaders of the HDP, accusing them of links with “terrorist groups”, an allegation the party has denied. “Our only crime was winning 13 percent of the vote,” party chairman Selahattin Demirtas said.

Turkey’s next step is likely to be the establishment of an IS-free buffer zone inside the Syrian border area, something it had until now rejected.

But again, who is the enemy? Kurdish militias, the one force that has proved itself capable of pushing backing IS, controls territory either side of the putative buffer zone. A Turkish intervention would prevent the Syrian Kurds linking up along an unbroken frontier with Turkey.

The complex relationships among the players ranged against the so-called Islamic State just got more complicated.

(In 2019, after the U.S. pulled out troops from Kurdish-held areas in Syria, Turkey augmented their attacks against Kurdish rebels. Click here for the latest from Washington Post.) 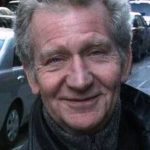 Harvey Morris has been a foreign correspondent for Reuters, The Independent and the Financial Times. He has covered revolutions, wars, politics and diplomacy in the Middle East, Europe, Africa and North and South America in more than 40 years as a journalist. He did on-the-ground reporting of the Iranian, Portuguese, Nicaraguan and Romanian revolutions, three Iraq wars, Argentina’s ‘dirty war’, the 1982 Israeli invasion of Lebanon and two Palestinian intifadas. He is the author of three books on the Middle East, including the best-selling “Saddam’s War”.