In cozy COVID-19 lockdown, I recall the victims of war

While comfortable in COVID-19 lockdown in Rome, I think of refugees of war in Iraq and Syria who are also isolated, but desperate and without a choice. 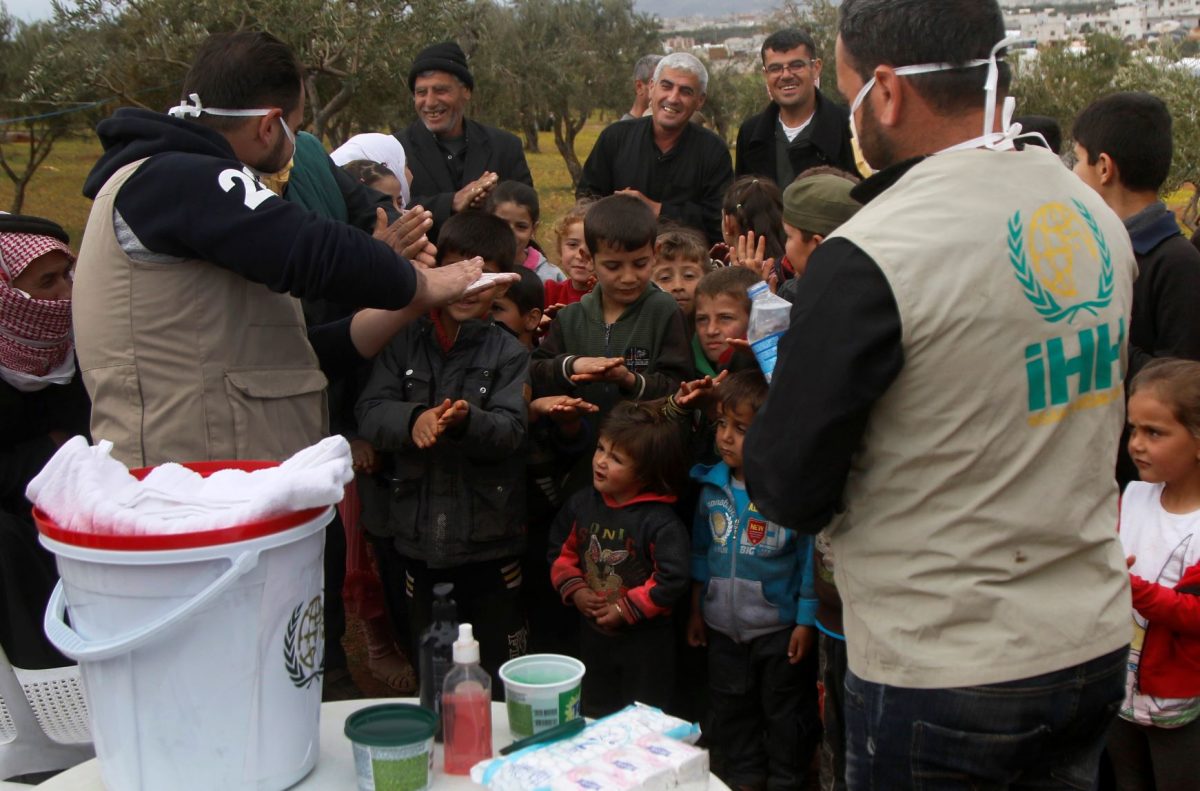 As a humanitarian worker who has worked in Iraq, Syria and lately Italy, I have witnessed close-up how isolation and fear can distort people’s minds.

Its effects can be intimidating. Neighbours shoot disapproving glares at me when I stop to chat with a friend while grocery shopping in Rome during the COVID-19 lockdown.

Or they can be haunting, as when an eight-year-old boy in war-torn Iraq tells me with childlike certainty he would one day become a mujahed (fighter).

Self-isolation within the comfort of home is nothing like being isolated and abandoned in the camps and marshlands of war-torn nations. In Europe and across the developed world, we know our COVID-19 isolation is temporary. We can look forward to returning to our way of life eventually.

But not everyone has the luxury of hope. Millions of people have lived in conflict for decades, their children born into isolation and knowing very little else.

Isolation and war shaped an Iraqi boy’s outlook on life.

I met the little Iraqi boy five years ago while visiting the marshlands of southern Iraq, and his story still haunts me.

The road to his district cut through the marshes, flanked by soggy straw huts that are often soaked inside and out from the rain. Hunger and stunting have been a persistent problem in these wetlands and rural areas, where underdevelopment and destruction dating back to conflict in the 1980s have fed a cycle of poverty. Some families can barely afford their next meal.

The boy came from a poor and remote village deep in the marshes. Through him I glimpsed the cruel consequences of war, the way in which isolation from the outside world can potentially unleash a cascade of horrors. He had been playing with other young boys when I introduced myself and asked him what he wished to be in the future.

“A mujahed,” said the boy. Mujahed is Arabic for fighter, and the world has come to associate it with extremism.

I blinked, astonished by the small child’s choice. For a second, I doubted my hearing.

“Perhaps you want to become a doctor to help heal the sick, or a teacher to educate others or even a lawyer?” I said, searching his face for a hint of enthusiasm. The child looked at me in silence, as though he had never heard of such terms. I smiled and asked again: “So, what do you want to be when you grow up?”

“A mujahed,” he repeated. His answer sounded rehearsed, as if he had learned it by rote.

Later that day, an Iraqi colleague told me that many children like the boy were mired in poverty, cut off from the outside world and any prospect of making something of themselves. With little exposure to anything else, they were prey to extremist ideologies.

Anxiety in Rome during COVID-19 lockdown

Five years later, as I observe the lockdown in Rome, I am reminded of that encounter with the young boy from the marshes and wonder what has become of him and his forgotten, isolated village.

Here in Rome on COVID-19 lockdown, as the fear of infection grows and quarantine fatigue sets in, people’s patience has given way to anxiety. My neighbours have begun policing one another, reporting on those seen to be breaking the rules of self-isolation. Our collective fear of an invisible yet ubiquitous enemy has triggered a battle of nerves.

I am no stranger to self-isolation. Physical confinement, curfews and lockdowns have been a frequent part of my life while living and working in war-torn Iraq and Syria. I have become adept at living in small, single-room spaces. So when I arrived in Rome to work at the World Food Programme‘s headquarters, my colleagues’ advice to rent an entire flat seemed an unnecessary luxury.

A deadly lockdown in Syria

For three years in Syria, I lived in a gated community with colleagues. We were subject to strict rules of curfew. Because we were humanitarian workers in a war zone, our movement was often restricted for security reasons.

We were physically safe but surrounded by communities in the governate of Rural Damascus that live under a merciless siege and relentless bombardment. The reverberations from airstrikes and the blasts of bombs were a daily reminder of a vicious war unfolding a few kilometers away.

Last month, Syria entered its 10th year of conflict, with no end in sight. More than three quarters of the population live in extreme poverty. Six million Syrians are internally displaced, including hundreds of thousands squeezed together in crowded camps, with limited or no regular access to soap and water. The COVID-19 pandemic adds to their misery.

For a while, I struggled with feelings of guilt that I was safe and others were not, and that I lived in a golden cage while others tried to survive underground like the dead in graveyards. The sense of guilt became overpowering as my senses tried to reconcile frequent bomb blasts tearing communities apart not too far away, and the sweet intoxicating scent of Damascene jasmine that filled my surroundings.

Too far to smell the dust and debris but close enough to feel the bombs that fell, I became acutely aware of the deadly lockdown nearby. A few months later, when I had the chance to enter the enclave of east Ghouta as part of a convoy mission to deliver aid, I was met with cries of help from mothers, children and elderly begging me and my colleagues to get them out and end their lethal confinement.

My sacrifices pale compared to those of the dispossessed.

On our way out, a Syrian woman grabbed me by the arm and said: “What is the point of food and drink if after it we will die?” It was then that I grasped the limits of our humanitarian mission.

Unlike me, the little boy from Iraq, the desperate Syrian woman and countless refugees and internally displaced people have no choice in their isolation. They have been brutally uprooted from their homes, separated from their friends and families, forced to live in exile with no guarantee of ever returning to the way they were before conflict tore their lives apart.

As I sit confined within my cozy apartment in Rome, having bought my groceries, cooked a copious meal and cleaned my hands and surroundings, I think of the young boy I met in the Iraqi marshlands and the Syrian woman from Ghouta. Some nights, I fall asleep with their words ringing in my head. Some days upon waking up, for a moment I don’t know if I am here or there.

Compared to their fate, the hardships of the COVID-19 lockdown seem far less onerous. 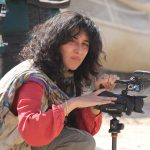 Marwa Awad is an Egyptian-Canadian humanitarian aid worker. She’s a spokeswoman and communications officer with the U.N. World Food Programme and has worked in Iraq, Jordan, Syria and recently in Italy. Born in the port city of Alexandria, Egypt, she moved with her family to Canada as a young child, later returning to Egypt to work as a journalist.