I’m Catholic. The Church should welcome everyone — gays too.

I’m a staunch Catholic. But I object when the Church rejects gays. Everyone should be celebrated regardless of their sexuality. 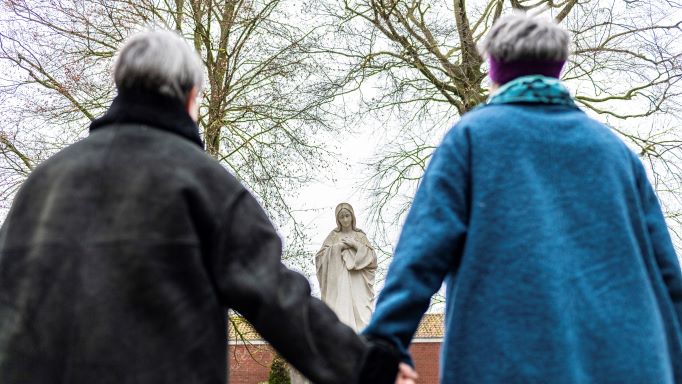 Two gay women stand in front of a statue of Mary at a convent in Luedinghausen, Germany, 24 January 2022. (Guido Kirchner/dpa via AP)

“Let’s go to church, people!” my mother shouts to us every Sunday morning.

My sleep is not essential because the enthusiasm I wake up with is astounding. I love my religion. I love Catholicism.

The older I get, the longer my prayers and the more I realize the importance of the foundation that my family and church have given me: a belief system with answers to all questions man hasn’t answered. This same belief system has shaped the calm person I am. Without it, I would be lost, without meaning.

I’m far from alone. The Roman Catholic Church is one of the largest faiths on the planet — and growing. The faith claims more than 1.3 billion followers worldwide. For most of these Catholics, religion is the foundation of their identity; however, for a significant minority, religion prevents them from embracing their identity. The more they discover who they are, the further their authentic selves are from the doctrines of their founding religion.

I am talking about gay Catholics.

You are either gay or Catholic.

While I’m not gay, for others, like Matthew LaBanca, being gay means having to choose between Catholicism and one’s identity, but never both. LaBanca’s story, one of many, about him as an LGBTQI+ member losing his job as music director in the Roman Catholic Diocese of Brooklyn parish the moment he married his boyfriend, attests to the inexistence of a middle ground.

You are either gay or Catholic.

Logically, because of Catholic rules, he could not wed his boyfriend in the Catholic Church, which had witnessed his best and worst moments for 46 years. Why? If the Bible says that we, as humans, have to stick to the core principle and commandments of the Catholic faith — “Love your neighbor as you love yourself” — then why do individuals not accept everyone as they are? If you would love to be fired from your job because of your identity, then fire people for who they are.

I am Joseph — a name with a religious legacy that my great-grandfather trusted me to inherit. I have attended staunch Catholic schools in the formative and adolescent years of my life. I have assumed leadership roles that require me to go to the Basilica every morning to teach my peers how to perform Mass correctly. These positions often meant that I addressed questions about religion and why things are done differently in the Catholic Church. Although I rarely had solid answers — if anything, I had even more questions — one thing I knew for sure was that in Genesis 19, God destroyed Sodom and Gomora for their grave sins, specifically their acts of homosexuality, which implied that God opposed homosexuality.

But I believe that only God can make a final judgment on who lives or dies; therefore, I reject the prejudices and the othering of the LGBTQI+ community by the Catholic Church, and I will continue to hope, pray and speak out about my belief that the Church should do so as well.

It takes a staunch, straight Catholic to dismantle prejudices against gays.

I know that some might ask, “Why not just leave the Church and find one that is more open and liberal?” My response is that just as it takes a Ugandan to effect change in Uganda, it takes a staunch, straight Catholic to dismantle the prejudices against the LGBTQI+ community in the Catholic Church. Besides, no human is perfect; the Church leaders are also human. Thinking of them as flawless humans is a misleading mindset. This is a fact that Jesus recognized.

In Matthew 16:23, Jesus turned and said to Peter, “Get behind me, Satan! You are a stumbling block to me; you do not have in mind the concerns of God, but merely human concerns.” From this Bible verse, Jesus rebukes the rock of the Church, Peter, indicating that the Church heads don’t have the right to judge what’s good or bad because they are not perfect beings themselves. The role of the Church leaders is to provide a safe space for everyone to grow and a belief system with answers to questions man hasn’t answered.

I believe that denying the existence of gay people is questioning God’s choice of creating a very diverse world. Everyone should be celebrated regardless of their sexuality.

It is my prayer that gay Catholics should keep their jobs, that the Catholic Church should welcome everyone and that only God should judge what is right and wrong. Amen. 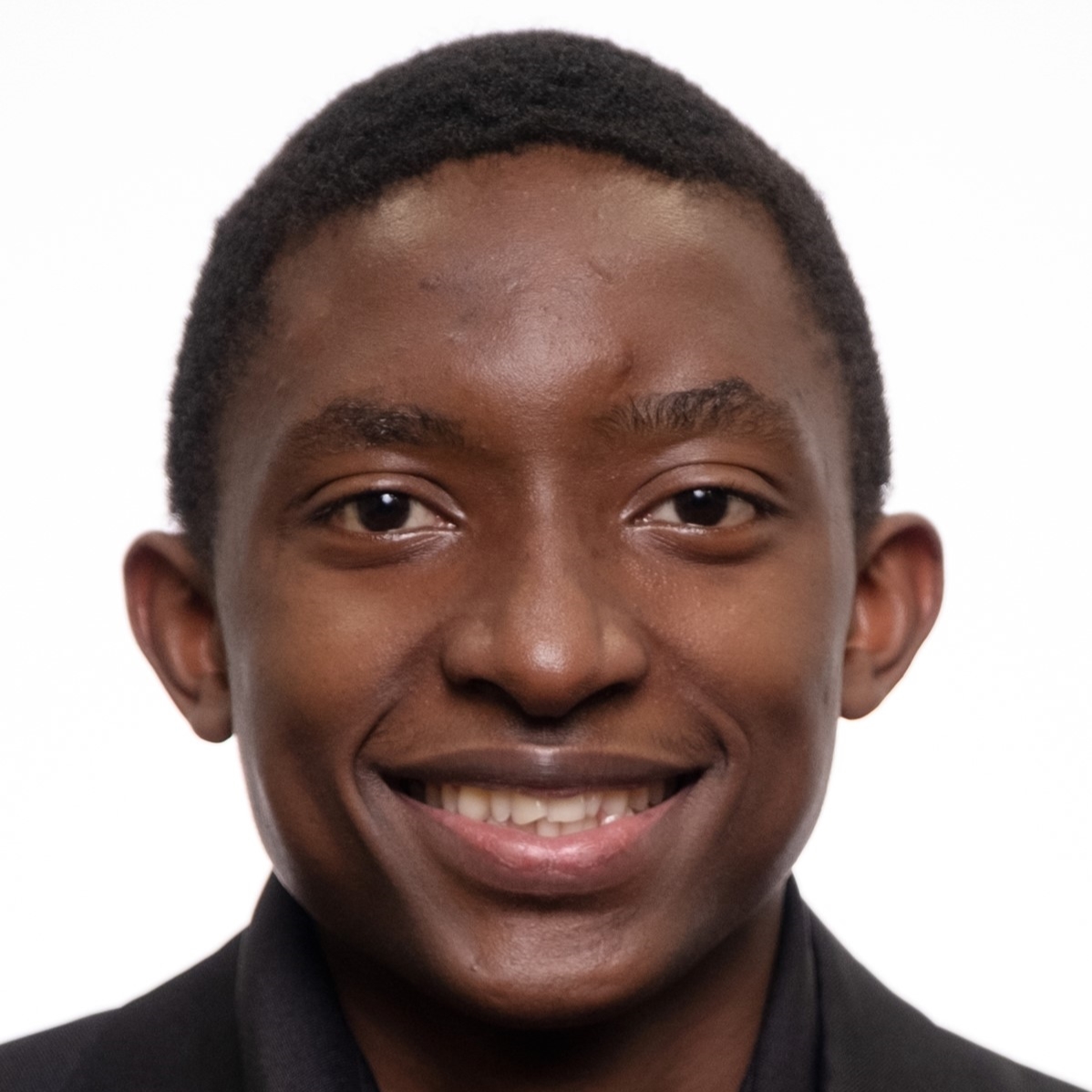 Joseph Katusabe is a citizen of Uganda and a second-year student at the African Leadership Academy. His favorite subjects at school are Biology and Music. He is a former director of the school choir, ALApella. He dreams of becoming a neurosurgeon who will provide access to quality health care to all Ugandans.