I will not let the kids of “Forgotten Schools” be forgotten

My parents bring school supplies and health necessities to rural China. “The Forgotten Schools of Ghost Town” is my calling, too. 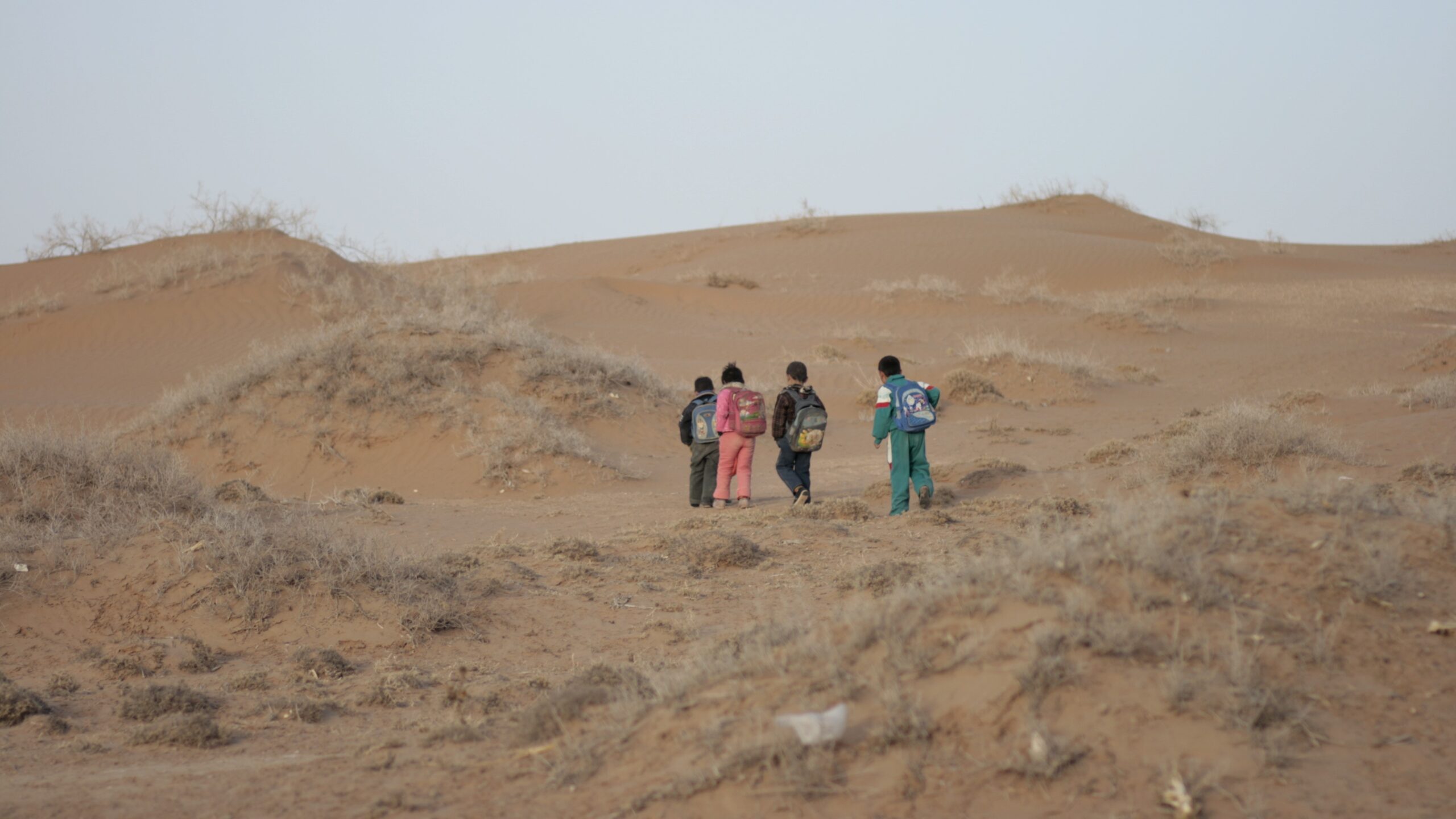 Four students walk up a barren mountain with dusty backpacks on their shoulders. We see them every year. The four are always together, always walking, always determined to get the education they deserve. (Photo by a volunteer of “The Forgotten Schools of Ghost Town.”)

A thin carpet of white covers the jagged mountains and leafless trees. Tiny specks of powdered snow cling to the icy air. The rev of car engines stops as we near a closed gate. It’s rusted, and the bright red paint has already started peeling off.

On the other side of the gate stands a group of school kids who are watching in awe as they see the boxes being lowered to the barren earth and carried to them. The air is crisp and cold, and small puffs of warm air meeting the cold are visible in the distance. As the people with the boxes come closer, the gate creaks open, welcoming the volunteers of “The Forgotten Schools of Ghost Town.”

My parents founded this project in 2006. It began in my parents’ studio apartment in Beijing with two people, five cardboard boxes, two schools and a whole lot of hope. My father had decided that he wanted to give back to the community in a way that could benefit everyone. As someone who valued education and health, he decided to buy school supplies and health necessities and to donate them to schools in rural areas of China.

The project now has more than 2,000 volunteers all over the world and has worked with more than 286 schools throughout the Ningxia and Gangsu regions, both areas that are snubbed by the Chinese government. At some schools in those areas, the student population is close to nothing. But some schools have more than 3,000 kids.

The students who attend those schools are filled with determination and hope that one day they can live a life outside of everything they’ve known as home.

‘I will not let the kids of the “Forgotten Schools” stay forgotten.’

I have sat down with students in rooms hardly recognizable as classrooms. In one instance, with no lights or heat, we huddled around a coal heater in the center of the room and talked. The aged windows were pulled from their hinges, and yellowed snow dripped onto the musty concrete floor. We held our hands near the fire as we smiled at each other.

Students told of how they had walked for two hours over jagged mountains while hail fell from the sky. “Do you ever regret it?” I asked. They didn’t seem shocked that I had asked that question, and merely shook their heads and smiled. At that moment, I was filled with sadness but also pride for the students, who would do almost anything to receive something remotely close to education.

I was reminded of when I had complained about going to school, or the times when I would find a “No School” email and jump with excitement. These hardworking students would willingly trek over hills to go to school, wearing torn shoes and jackets that were hand-me-downs from their siblings.

I decided not to think those sour thoughts about myself but instead devote my energy to helping those who never gave up. During the charity trips, I woke up with determination at 4 am, put on my warmest clothes and got ready to drive three hours to every school.

‘These students’ determination contrasts with the complacency of privileged people.’

These schools are referred to as “The Forgotten Schools of Ghost Town,” alluding to the lack of government support in the area. The project encourages students to keep attending classes. On these trips, we pack boxes full of stuffed animals, warm jackets, school supplies and candies. We make conversation with the students, often playing games of tag and teaching them how to play Western games such as Duck Duck Goose and Truth or Dare. We not only want to provide them with necessities, but we also want to encourage them and make them look forward to something each year.

Every year, we pull up in multiple vans, welcomed by soiled faces pressed up against a rusty gate, muttering words of excitement.

Not only have these trips expanded my knowledge of the harsh conditions other people endure, but they have affected me emotionally. These students’ determination contrasts with the complacency of privileged people. The students of the forgotten schools wake up before dusk to trudge through harsh weather and terrain to learn, with no time to eat breakfast or to get the optimum amount of sleep every night. The atmosphere is cold and dry, with slopes slippery and dangerous with sheets of ice mixed with wet mud. The students spend hours walking and studying. They put their tattered jackets and shoes to the side and make way for hope and empowerment, knowing there are people willing to care and watch over them.

As a daughter of two people who are determined to help these children, I feel compelled to pursue the path they set for me. They remind me that it is my responsibility to help people. But over time, I don’t see it as a responsibility anymore. It becomes more of a habit to reach out and encourage others to do the same.

I will not let the kids of the “Forgotten Schools” stay forgotten. 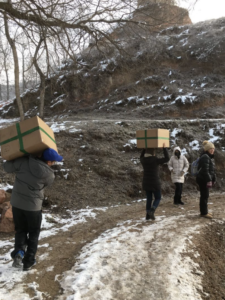 I took this picture with my brother’s old phone while volunteers unloaded the truck filled with boxes and began their journey up an icy mountain. Because some roads are so narrow vehicles cannot pass, we had to carry the boxes by hand to the schools. I was only 10 at the time and didn’t realize the importance of the picture or why my father was so proud of it when I showed it to him. He liked how the image showed determination and represented the effort put into the project, so much effort that people were willing to carry heavy boxes up a slippery slope, all watching their steps before arriving at one of the Forgotten Schools. 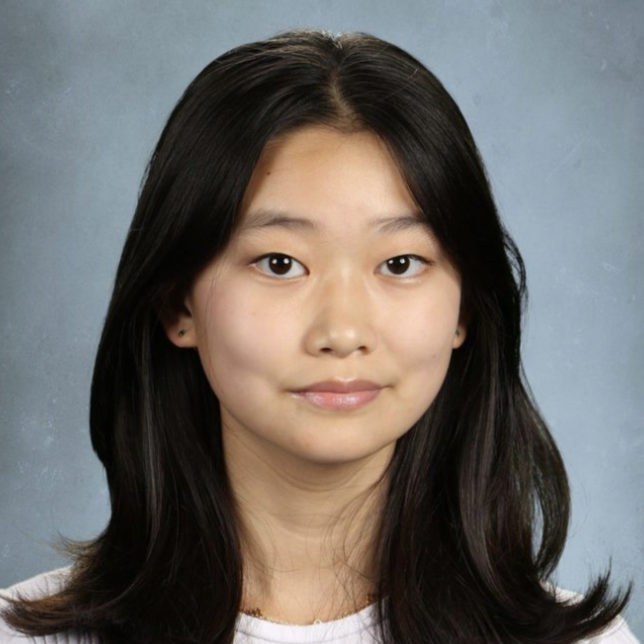 Luna Lee is a Taiwanese-Japanese national who has lived in Taiwan for most of her life and is currently studying at Miss Porter’s School in the U.S. state of Connecticut. “I have liked writing for as long as I remembered. Even as a little kid, I’d always have a small notebook to write my thoughts and maybe even stories,” she said, adding that in her free time she hangs out with friends and plays volleyball. “Now that I’m really preparing for what comes next in life, I am trying a little bit of everything in an attempt to find what I like doing most.”