In Hong Kong, young protesters return with a vengeance

Youth in Hong Kong have poured into the streets to protest against a proposed law they say threatens the city’s autonomy. Are they pushing their luck? 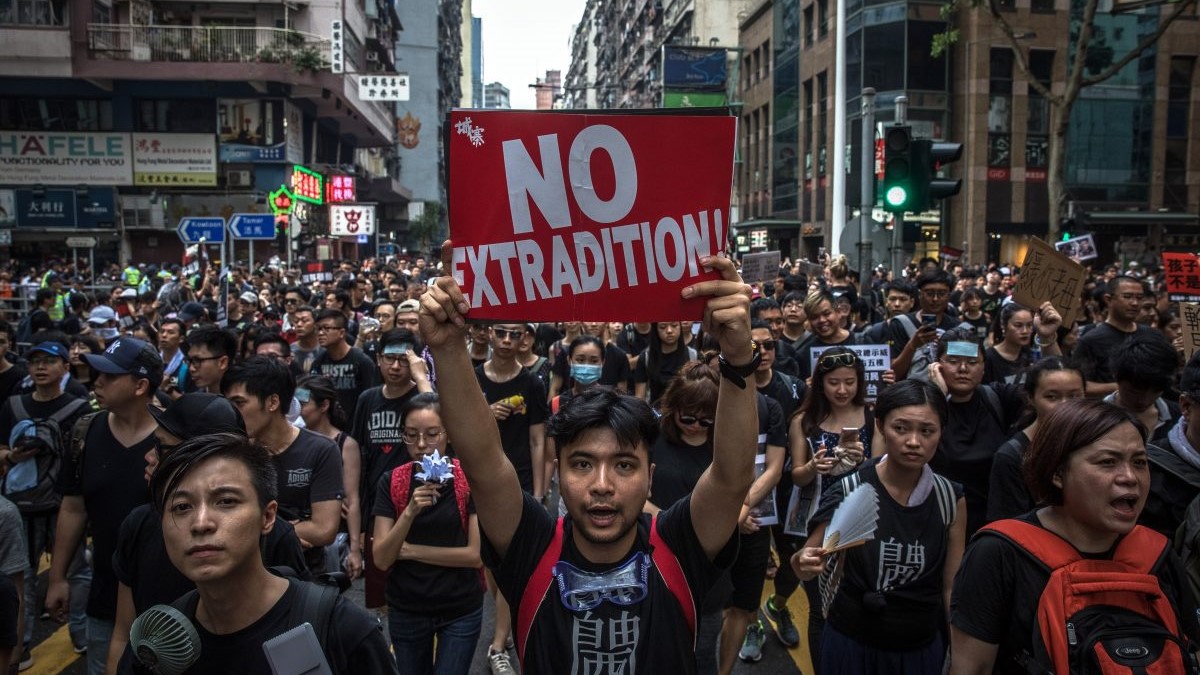 Twice in the past five years, youth in Hong Kong have put themselves at the sharp end, taking to the streets in mass protests that have put them legally and physically in harm’s way.

The results have been mixed. In 2014, they blocked parts of the city for 79 days to back demands for what this former British colony has never had: full-blown democracy.

That setback may have given some elders the idea that the younger generation’s anger was spent and that they would calm down and worry about more routine issues, such as passing exams or getting on the property ladder.

If so, the elders were sorely mistaken.

The legislation came as a bombshell to Hong Kongers.

The digitally-savvy youth kept each other informed of police movements by using encrypted messages. Many local vendors chipped in with free food and refreshments.

The cause of the upheaval and outrage this time: proposed legislation that would make it possible for residents in Hong Kong, who have their own judicial system inherited from the British, to be extradited and tried in mainland China, which resumed control of the city in 1997.

The legislation came as a bombshell to Hong Kongers, not just the young.

China’s judiciary is widely feared because it is under the thumb of the Chinese Communist Party. The proposed extradition law could open the door to China targeting anyone in Hong Kong it doesn’t like.

People who thought they were safe in Hong Kong, including businessmen involved in a dispute in China, would no longer be so. There have been abductions from Hong Kong, presumed to be carried out by Chinese security agents.

People can still do things that are forbidden across the border.

According to the World Justice Project, China ranks 82 out of 126 countries for overall rule of law performance. Hong Kong is 16, but it could slip down the rankings under the new law.

Above all, the proposed extradition law is seen as eroding the increasingly fragile autonomy that Hong Kong has enjoyed under the “one country, two systems” principle agreed with the British. People here can still do things that are strictly forbidden across the border, only 40 kilometres from Hong Kong’s central business district.

The first demonstration against the extradition legislation came on June 9 in a massive, peaceful march. Organizers set the number of marchers, both young and old, at one million-plus, or one seventh of the city’s population.

A shocking confrontation came on June 12 when tens of thousands of demonstrators swarmed the district bordering government offices, sparking violence and forcing the halt of discussion of the law in the local legislature. More than 80 people were injured. Later, one protest supporter displaying banners died when he fell from a shopping mall.

In response, Carrie Lam, who holds the top job in Hong Kong as Chief Executive, adopted a tearful attitude towards the protesters, comparing them to “wayward” children.

‘We are not Chinese. We are Hong Kongers.’

Some supporters of the youthful protesters worry that they are pushing their luck. They are provoking not just the Hong Kong government but also Beijing, which supported the extradition bill and is sensitive to anti-establishment protests at home and also at close quarters.

China had its own traumatic experience of youthful protest 30 years ago when pro-democracy demonstrators in Beijing’s Tiananmen Square were brutally suppressed. Some say Hong Kong’s current eruption echoes that tragic episode.

But many demonstrators are unrepentant, insisting on affirming their distinct Hong Kong identity.

While Hong Kongers are ethnically Chinese, many are repulsed by what they see in China. Take, for example, the millions of mainland tourists who flood into Hong Kong to snap up large quantities of baby formula.

The visitors don’t trust the versions of those products made in their homeland following seven decades of Communist rule.

“We are not Chinese. We are not British. We are Hong Kongers,” summed up one young woman in a video clip issued by Hong Kong Free Press, a feisty, independent online news outlet.

On June 15, Lam backed down partly by saying consideration of the extradition bill was suspended indefinitely, although not scrapped.

That did not placate the protesters, who gathered in even greater numbers for a march on June 16, most dressed in black.

The message from Hong Kong’s increasingly confident and assertive young people is that they are a force to be reckoned with.