A Honduran nonprofit that builds schools and tackles poverty hopes to outlast the pandemic. Its financial hardship is shared by nonprofits globally. 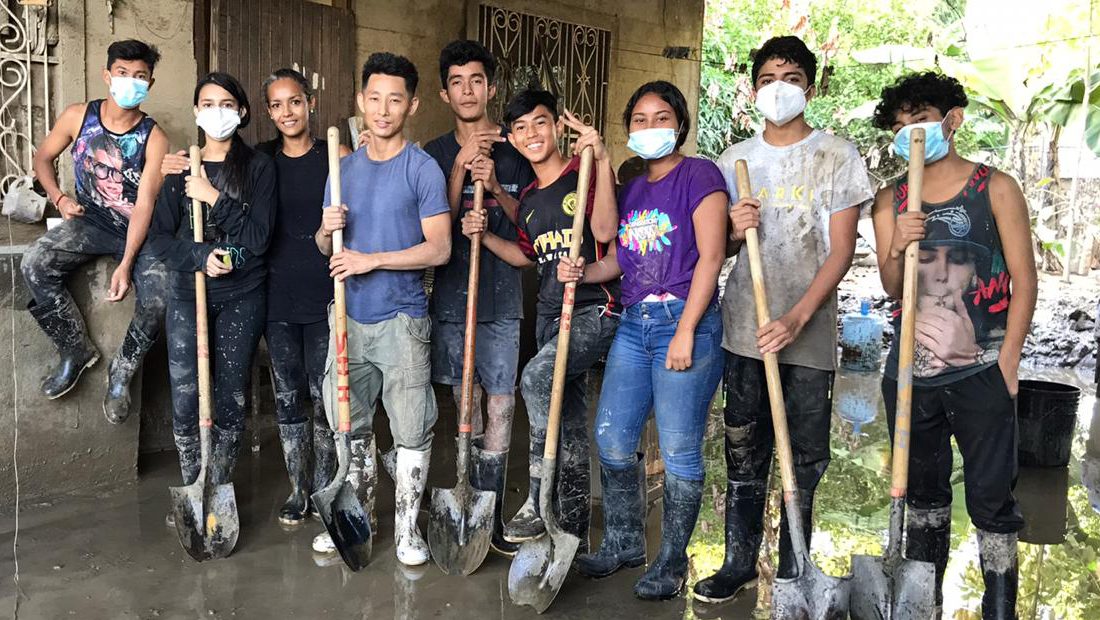 Shin Fujiyama has spent the past eight months keeping Students Helping Honduras — a nonprofit that builds schools, promotes education and alleviates poverty in Honduras — afloat through the pandemic. His organization is registered in the United States and based outside of El Progreso, where palm oil and banana plantations are abundant and dirt roads are currently washed out after being hit by two hurricanes in a month.

“The people of Honduras have taught me about mental fortitude and resilience,” said Fujiyama, who is providing shelter for 90 families displaced by the hurricane at one of his schools.

Without any international staff or the hundreds of volunteers he normally depends on for fundraising each year, Fujiyama finds himself in the same situation as many small nonprofits — struggling to survive. He is running operations, human resources, coronavirus and hurricane relief efforts, assisted only by the local staff who were hired as teachers and construction workers.

Fujiyama’s plight mirrors that of many small nonprofits. According to a survey of nonprofits conducted by Reuters and Charity Navigator, 83% of nonprofits are suffering financial hardship and 64% cut back on programming despite increased demand for their services.

An estimated one third of the world’s nonprofits — many of them non-governmental organizations (NGOs) with overseas operations — expected to close in 2020, a Charities Aid Foundation of America survey found.

A heart for Honduras

In 2004, Fujiyama, then a University of Mary Washington sophomore on a week-long service trip to Honduras, was approached by a 10-year-old orange seller who asked if he could help her community. Fujiyama took the request to heart. When he returned to Virginia, he fundraised by collecting coins with college friends and then organized a five kilometre run, ultimately raising $280,000 for the Honduras communities he had visited.

Fujiyama continued to raise money for Hondurans during his undergraduate years.

“Shin has the ability to draw you in. It’s a charisma that’s intoxicating. There are only a few who can pull off what he has,” said Dr. Shawn Humphrey, an associate professor of economics at the University of Mary Washington who taught Fujiyama after he returned from his initial trip and who now serves on the Board of Students Helping Honduras. “Whenever there is crisis, he thrives as a leader.”

In 2007, Fujiyama moved to Honduras with the goal of building 1,000 schools. He has since hosted 7,000 volunteers and raised more than $5 million. So far, he has built 50 schools. Once a school is built, the local community manages it with a principal and parents committee.

But the five schools slated for construction next year are in peril. Each school costs $30,000 to build and enrolls around 200 students, from First to Ninth Grades.

“People say my English is awesome, and that makes me so proud because I have studied in this school for 10 years,” said Daniela Reyes, 16, who has been a student at the Villa Soleada Bilingual school since it began. 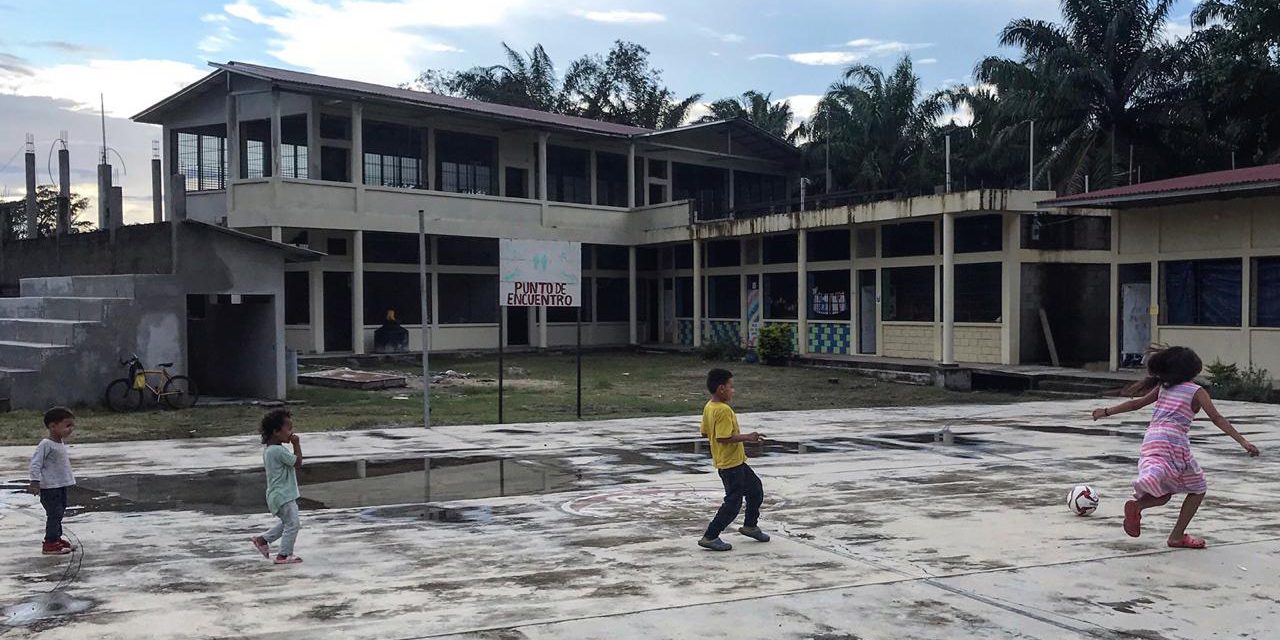 Children play in the courtyard of one of the schools built by Students Helping Honduras. (Photo courtesy of Shin Fujiyama)

The Villa Soleada Bilingual school is part of an infrastructure developed by Fujiyama to achieve the goal of lifting Villa Soleada — one of the country’s poorest communities, which had never had one of its young people graduate high school — out of poverty.

Fujiyama established a cradle-to-college educational system by building and running the Villa Soleada Bilingual School, which aims to place all students in university. He worked with the village of Siete de Abril to relocate the community and build housing that offered clean water, electricity, land titles and a sewage system.

COVID-19 forced Reyes and the 270 other students at the school to pivot to virtual learning, but access to Wi-Fi and Chromebooks remain a challenge. Hurricane Eta compounded their struggle by flooding teachers’ and students’ homes and destroying laptops and cell phones. As the water began to recede, Hurricane Iota hit. Now the school is serving as a shelter for displaced villagers.

NGOs need to get creative.

Before the pandemic, Fujiyama gave TED Talks and each year persuaded nearly 1,000 volunteers to commit time and money to one of the world’s most dangerous countries.

The organization has 50 student chapters on college campuses providing on-the-ground volunteers and fundraising, but those groups are less active without students on campus.

This year, Fujiyama has had to devise creative ways to fundraise. He raised $170,000 by cold-calling his donor network and launched a monthly giving network called The Tigers Club, which allows donors to see the progress of each class they sponsor. He held the annual Students Helping Honduras gala on Zoom and hosted YouTube influencers to feature the community.

Some student volunteers stay on to help.

Katie Mulder, 23, works as a part-time social media manager for Students Helping Honduras and has helped with fundraising during the pandemic. She first traveled to Honduras at 15, served as a student director for the organization and has spent the last eight years involved in the nonprofit.

“It’s really crazy how much time and effort people put in during this pandemic,” Mulder said. She said a recent social media post that said, “Donating to Students Helping Honduras is more important than Thanksgiving,” exemplified volunteers’ passion for the nonprofit’s work. 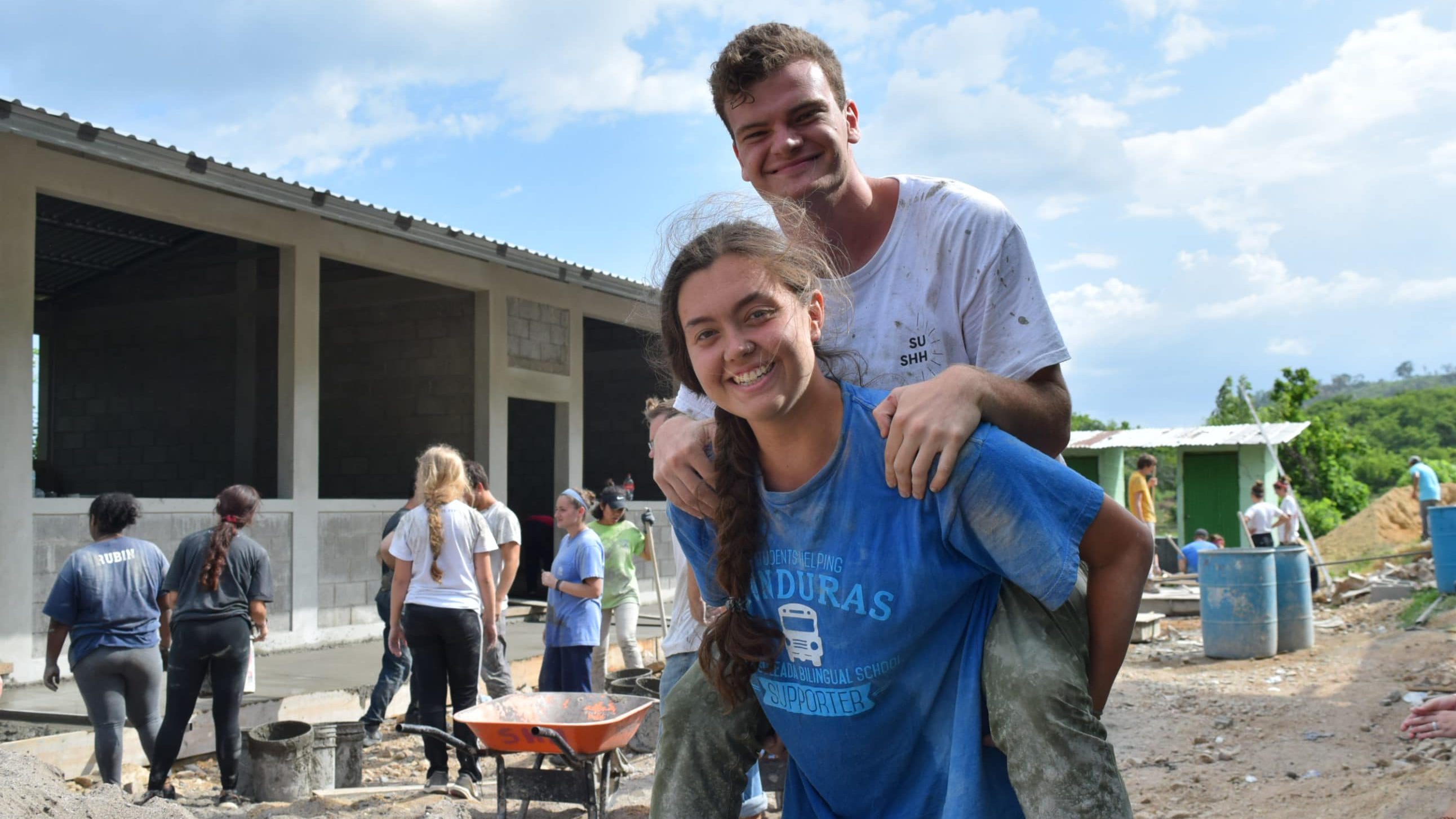 A recent Center for Disaster Philanthropy report estimated that more than $11.9 billion was donated for COVID-19 relief efforts in the first half of 2020, more than during any other previous disaster in recent history.

However, the money flowed mainly to large nonprofits and foundations, and not to smaller organizations like Fujiyama’s, which has an annual operating budget of about $900,000.

Fujiyama hopes that by the second half of 2021, volunteers will be back, galas will be held in person and operations will return to normal. For now, he spends his days organizing relief efforts and working on a memoir about running Students Helping Honduras.

“We have to keep everything going and keep the lights on. There comes a certain point where you can’t scale down any further,” he said. He has managed to retain local staff, but if they do not meet their fundraising goals for 2021, he’ll have to make more cuts. If things don’t return to normal next year, he may be forced to close operations.

“I don’t know who I’d be anymore if this all came to an end,” Fujiyama said.

Natalie Jesionka has spent the last decade teaching, researching and lecturing about global human trafficking and human rights. She has served on the Board of Directors of Amnesty International USA and penned the column “Travel Mirror” for The Daily Muse. Jesionka is a Paul and Daisy Soros Fellow and served as a Fulbright Scholar in Thailand researching stateless Hill Tribe communities and examining the origins of human trafficking. In 2019, she founded Global Elective, a platform for college students that explores the future of ethical travel and social impact.