Remembering Tiananmen. Or not

It’s been 30 years since China’s army crushed protests in Tiananmen Square. Can Beijing come to terms with its past without remembering? 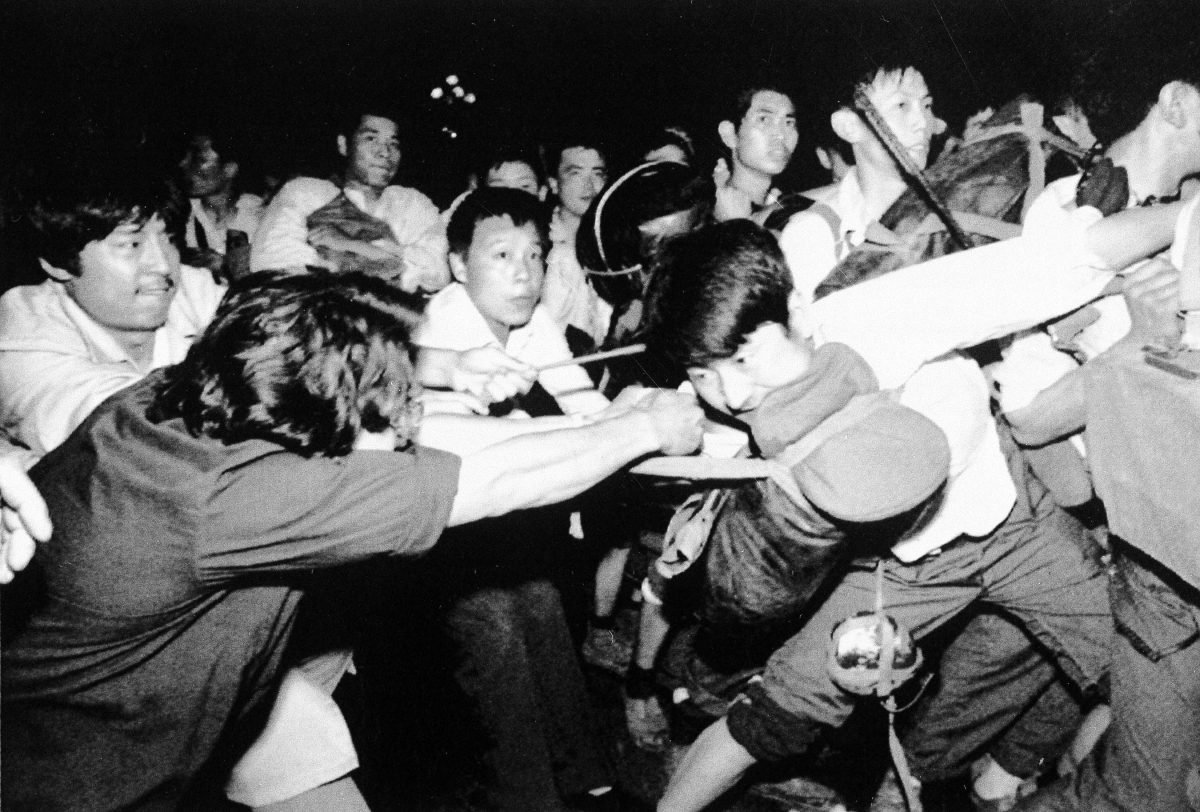 A man tries to pull a Chinese soldier away from his comrades as citizens confront troops heading to Tiananmen Square, Beijing, 3 June 1989 (AP Photo/Mark Avery)

This month marks 30 years since protests in China’s Tiananmen Square were brutally crushed by the army.

That’s more than a full generation passed, close to two in fact. Children born that year are having their own children now.

The events ended the lives of hundreds or thousands, profoundly changed the fates of many more and shaped what is now modern China. And they live on in ageing memories, fading photographs, film loops, stories, books and the nattering of grandparents.

The anniversary of June 4 is marked each year by a tightly choreographed display. Western news organizations create, broadcast and publish a multitude of commemorative pieces. China tightens its censorship, blocking all mentions of the event. The Western press covers the lack of memory in China itself.

What is history then?

Few countries come to terms with their own history well.

How are thoughts shaped if discussions can’t be had? How can a country come to terms with its own history and development if such a seminal event is only remembered and independently interpreted from the outside?

Even basic and fundamental questions — such as: “Would China be as wealthy and developed as it is today if the Communist Party hadn’t cracked down so decisively on the protests?” — become intensely political. Asking the question, let alone answering it, becomes a litmus test of “which side are you on?”

Few countries come to terms with their own history well.

Germany comes to mind, where the rise and horrors of Nazism are taught in schools and Holocaust memorials abound. Yet even in Germany, hate crimes still exist, antisemitism still exists, intolerance still exists.

Japan’s failure to come to terms with its wartime history in textbooks remains a huge issue with its Asian neighbors. Yet it is not alone.

How well, how clear-eyed, does the United States deal with its history of slavery or the conquering of the indigenous Native American population? How objectively is the history of colonialism examined in all its ramifications in the former colonial powers?

History is important and powerful.

History is hard. It is hard to look backwards and understand all the elements that went into decisions that people made and all the ramifications that stem from those decisions. History is hard because time gets in the way, changing our perceptions even of events that touch us directly and profoundly.

Looking at the video footage of Beijing 30 years ago and comparing it with the Beijing of today, it looks like a completely different city. The physical setting is different: there’s been an explosion of building, redevelopment and razing of many old neighborhoods. The people look different, dress differently, have different concerns.

Yet the China of today couldn’t have happened without that amazing and dreadful summer. Or rather, the China that we would have today if that summer had played out differently would surely be different yet again: different from 1989 to be sure, and also different from today.

But history, in fact, is important and powerful. Which is why governments want to control the narrative. And which is why, in fact, those who truly care can’t let them.