Here’s why Apple’s taxes are important

Europe is right to order Apple to pay billions of euros of back taxes to Ireland. A failure to crack down on tax avoidance can only fuel populism. 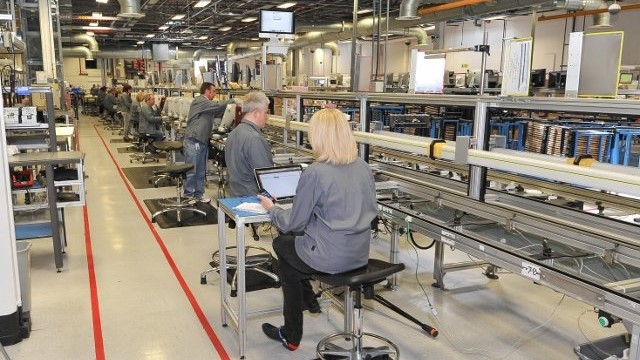 This is the second of two articles on the European Commission’s decision to order Apple Inc. to pay billions of dollars in back taxes. Last week, Betty Wong examined how the decision highlights a dilemma for governments wanting to attract jobs without emptying their coffers.

The iPhone is a supreme example of the economic benefits of globalization. But the tax gymnastics of Apple, the firm that makes it, illustrate why a popular backlash against globalization is gathering momentum.

The components that go into an iPhone come from China, France, Germany, Italy, Japan, Netherlands, Singapore, South Korea and Taiwan as well as the United States.

Apple’s complex international supply chain combines Western prowess in technology and design with Asia’s manufacturing skills. In a few, short years the smartphone has transformed the lives of billions of people.

Let’s step back. Globalization by itself does not explain why people are flocking to Donald Trump in America, favoring extremist and nationalist parties in Europe or voting for the UK to leave the EU.

If growth is weak and incomes stagnant, that’s mainly because the global economy still hasn’t recovered from the Great Financial Crisis. If traditional jobs are being wiped out, technological progress is largely responsible.

If people are revolting against “the establishment,” it’s because elites and experts instigated some disasters, such as the Iraq War, or failed to resolve others, including the decay of the euro zone or Europe’s refugee flood.

But globalization is undoubtedly contributing to the ugly mood.

Apple has lost in the court of public opinion.

New research from MIT economist David Autor suggests the explosion of Chinese exports led to the loss of over 2 million U.S. jobs between 1999 and 2011. More broadly, the freer flow of goods, capital and people has coincided with a startling decline in the share of the economic pie that goes to labor and a corresponding rise in the profit share.

Reversing this shift, which has complex causes and has been accompanied by a surge in inequality, should be the priority for any government that wants to preserve the benefits of globalization.

This is why the tax Apple pays is important. Judges will decide whether Brussels is justified in demanding back tax of 13 billion euros. But in the court of public opinion, Apple has already lost.

For once, European Commission President Jean-Claude Juncker is right when he says the case is essentially a question of fairness. Most people will wonder, like Austrian Chancellor Christian Kern, why multinational firms in his country pay less tax than a Viennese sausage stand.

The popular perception in Europe that big business is calling the shots looks to have doomed TTIP, the proposed U.S.-EU trade and investment liberalization deal.  A failure to make an example of Apple and crack down on tax avoidance by multinationals can only add to this disenchantment with globalization and fuel the dangerous rise of populism.